Spotlight: Christopher Mayo, composer, on Gordon McPherson
"I don't know exactly why I like McPherson's music, or rather, I seem to like each piece for radically different reasons" 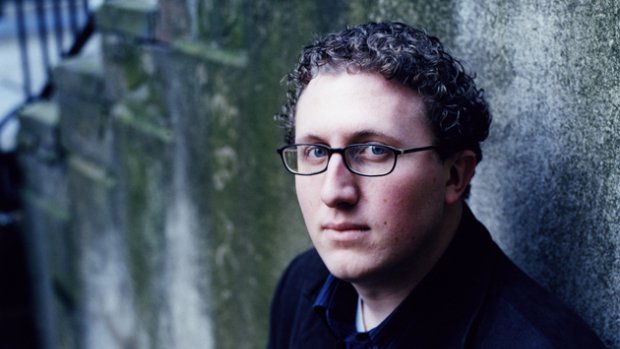 A few years ago (maybe five or six actually) I received a phone call from a friend of mine: "Gordon McPherson wants you to call him".

This was odd firstly as I'd never met Gordon and only even knew who he was because this friend was a former McPherson pupil at the (then) RSAMD and odd secondly as why didn't he just call me himself? But I did reluctantly call him. In retrospect, I'm not entirely sure what he wanted. I remember he was probing me as to why I would want to live in London instead of Glasgow. He also said "I like your titles" though it wasn't entirely clear whether he'd heard any of the pieces these titles were attached to. It was a brief and perplexing phone call and I've never spoken to him since. But it did get me interested in his music and I discovered that I liked his titles too: Born of Funk and the Fear of Failing, Morning Drunk and Buzzard, Brevity can save the Nation, Uncanny Valley, Heh! Voltaire! (Or, Thoughts Whilst Running From The Scene Of The Crime), Maps And Diagrams Of Our Pain, to name a few.

Western Darlings is one of sixteen pieces by McPherson in the British Music Collection and possibly my favourite. It was written in 1992 for Orkest de Volharding and is, in the composer's own words:

an attempt to fuse together the style of writing that had preoccupied me during the mid 80s onwards namely Scottish folk traditional techniques such as psalmody and bagpipe ornamentation – what Scottish composer hasn’t at some point gone through this process! – aligned with more intentionally awkward jarring and messy rhythms to a more distinctly de Volharding sound that had, since my first introduction to it, always enthused me.

It's a fantastic piece of music made doubly fantastic by the fact that it occupies basically the same musical world as Stu Phillips' theme to Quincy M.E. which is both no mean feat and something I wish I could say about more music (Stu Phillips also composed the themes to Knight Rider and Battlestar Galactica and is someone we should all strive to be compared to).

I don't know exactly why I like McPherson's music, or rather, I seem to like each piece for radically different reasons. One possible unifying factor is that his sense of proportion is pristine. Maps and Diagrams of Our Pain, for example, is a superlative example of playing with audience expectations by skewing proportions on a micro and macro scale.  Western Darlings is also immaculately proportioned. It opens with a texture for three saxophones that sounds like the highly ornamented heterophony of Scottish psalmody performed by Michael Brecker. It's a convoluted and engaging sound, but what I find really admirable, is that it lasts just long enough for you to ask the question "What is the point of this?". Which is to say, it lasts just fractionally too long. But as soon as you ask yourself that question, your brain starts cycling through all the possibilities of what might come next, of what might be a justified musical consequence of this music that's happening right now and then what actually happens seems all the more surprising for being so far outside of what you had imagined.

Christopher Mayo is a composer of “poignant” and “persuasive” music (The Independent), whose “attractive and intelligent compositional voice” (Musicworks Magazine) has brought him recognition not only in his native Canada, but also across Europe and the United States. Mayo’s notable projects have included commissions from Carnegie Hall, the MATA Festival, Ensemble Contemporain de Montreal and Rambert Dance Company and performances by the London Symphony Orchestra, the BBC Symphony Orchestra, the BBC National Orchestra of Wales, the Nouvel Ensemble Moderne and the London Sinfonietta.

Mayo is the 2012-13 Sound and Music Embedded Composer in Residence with the Manchester Camerata for whom he will compose several new works, including a piece for the orchestra’s final concert of the season at Bridgewater Hall in Manchester. Additional future projects include commissions from Crash Ensemble, the London Symphony Orchestra and the English National Ballet.