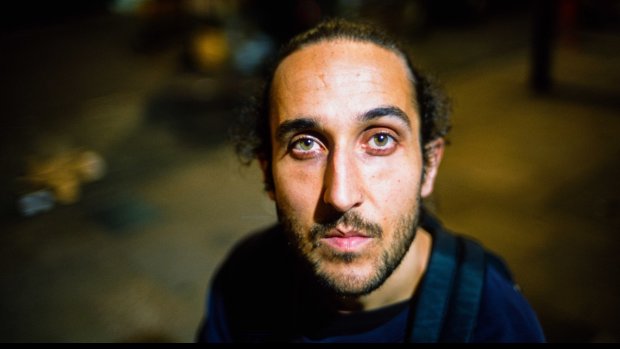 In the third of our new ‘Sounds of...’ series, music producer, sound engineer & DJ, Hylu introduces us to music by some of the artists who will be performing as part of the Unit 137 stage at People’s Day in Lewisham on Saturday 16th July

In the third of our new ‘Sounds of...’ series, music producer, sound engineer & DJ, Hylu introduces us to music by some of the artists who will be performing as part of the Unit 137 stage at People’s Day in Lewisham on Saturday 16th July.

My name is Hylu, I am a music producer, sound engineer, DJ and have been based in Lewisham, London since 2009. I am also the founder of Unit 137 - a sound system based in Lewisham, which has operated successfully as a sound, record label and event production crew since 2012. I decided to relate my song selection to our stage at People’s Day that is happening on Saturday 16th July at our local natural resource, Mountsfield Park. 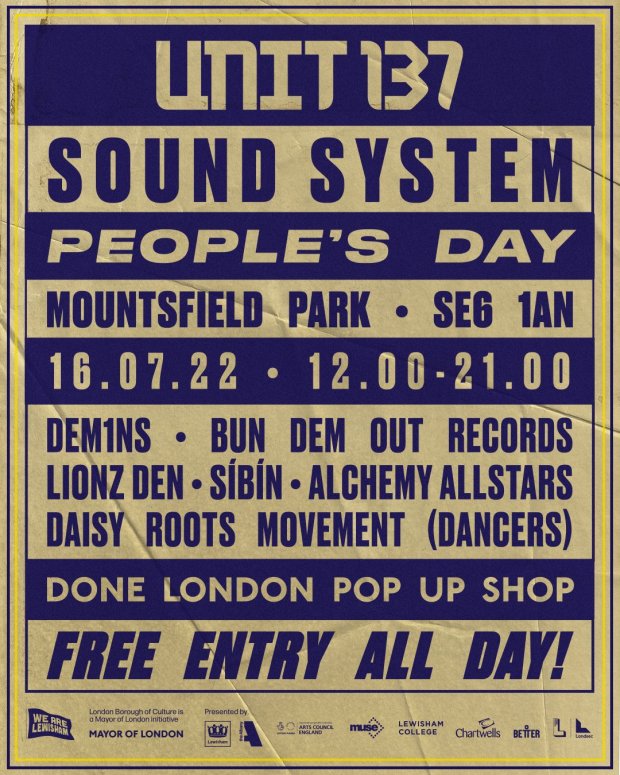 This year marks the 10 year anniversary of Unit 137 and we decided to celebrate by bringing together a selection of family and friends from our base at Hither Green Studios to perform at People’s Day. Hither Green Studios are home to an eclectic mix of creative communities; from artists collectives, record labels, recording studios, print studios and more. Our full line-up includes:

The Alchemy Allstars are a collective of 14-18 year old artists from Lewisham who make music every weekend as part of Alchemy, a music mentoring project based at Goldsmiths University. The Alchemy Allstars formed in April 2022 as part of a masterclass and workshop series with Unit 137 at the Albany in Deptford, where they learned about local sound system history, receiving mentoring from myself, Jerry Lionz & Phoebs x Anja Ngozi. The Alchemy Allstars will be performing a set created especially for the Unit 137 sound system and People's Day. There will be dancers from Daisy Roots Movement, which is a community-based dance group, and an independent design/print studio called Done London will be running a pop up shop throughout the day.

Firstly, one song that I am really feeling at the moment is CoN & KwAkE - C.N.S. (City Never Stops). DEM1NS is a creative outlet for Kwake Bass, who is one part of the project CoN & KwAkE. Kwake is a producer that explores what lives between the cracks of structured programming and live electronic improvisation. I am very excited and not entirely sure what to expect from Kwake at People’s Day. He has told me to expect the unexpected!

Bun Dem Out Records is an independent record label, based in Lewisham, run by Sleepy Time Ghost, who has also been part of Unit 137 since we launched. One of my favourite tracks from them is Daddy Freddy & Sleepy Time Ghost feat. Action Fire & Blackout JA - Bun Dem Out. This track is a special one, not only because it makes the dance floor move! I was very intertwined with this track as a mix engineer and am close to most of the team that created it. Bun Dem Out will be showcasing their tough catalogue of releases at People's Day, highlighting the strength of their connection between Lewisham & Jamaica.

Anja Ngozi is a DJ, producer and curator based in Lewisham. She also leads Síbín, who are a collective that works with audio & visual media to explore areas around identity and culture. I wanted to include Hylu - Barrara (Anja Ngozi Remix) [Kali Mix], as I love what Anja created from my song 'Barrara' and the message she has expressed. Síbín's showcase at People's Day will explore themes of home, memory, city and dreamscapes.

When it comes to Unit 137 there are so many tracks I could choose, so it is a tough one! Deemas J is going to be performing alongside myself at People's Day. So, it makes sense to choose Deemas J - Muhammad Ali (Part Of The Story), as I am grateful to have been involved with the composition, production and arrangement of the song and to have had the opportunity to help Deemas express his love and respect for Muhammad Ali. Also, I would like to include the AA side of my latest release, Hylu - Earl, as it highlights my connection with Lewisham, especially Hither Green. You can check out the full release here.

Finally, Lionz Den is all about local veteran musician and producer Jerry Lionz. One of my favourite songs he has created is Jerry Lionz - Better Dub, which you can hear at 3mins 54secs. I love this track for a few reasons, one being that there are a few different vocal versions on this riddim that are all great and the other is that I have some of these versions as exclusive dub plates. Jerry Lionz will be returning to People's Day after over 25 years, with his live dub session. Expect strictly original roots and culture from Lionz Den.

Also, here are a few other local artists to check out:

Unit 137 is a sound system based in Lewisham, London. Unit 137 has operated successfully as a sound, record label and event production crew since 2012. To find out more please visit the Unit 137 website.

Returning for Lewisham’s year as London Borough of Culture, People’s Day 2022 will feature a unique mix of artists celebrating the very best of Lewisham. For more information please visit the Lewisham Borough of Culture website.