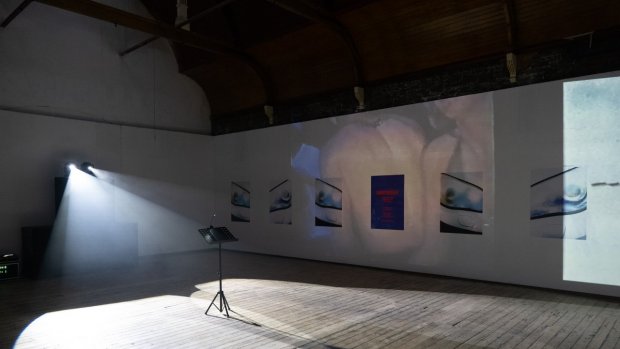 In the second in our new ‘Sounds of’ series on the British Music Collection, sound artist and composer Ruth Hughes (part of Sound and Music’s Composer-Curator 2021 programme), introduces us to Makina - a fast-paced style of techno popular in Sunderland and the North East of England.

In the second in our new ‘Sounds of’ series on the British Music Collection, sound artist and composer Ruth Hughes and part of Sound and Music’s Composer-Curator 2021 programme, introduces us to Makina - a fast-paced style of techno popular in Sunderland and the North East of England.

Originating in Spain, Makina translates into English as ‘car’. Sunderland is known for its industrial history and still is home to one of Europe’s largest car manufacturing plants. It only makes sense that Sunderland has been nurturing Makina since the early 2000’s, the fast-paced cold machine of industry is reflected in the speed of Makina, 160-180BPM. However, the euphoric leads and melodies is the human difference.

The New Monkey was the home of Makina in Sunderland for a long time and although I was too young to experience it, it was the mythology surrounding the club and its goers that drew me in. Dance music and rave culture has always been surrounded in myth, nocturnal movements and underground culture have left younger generations with a sense of nostalgia for something they didn’t experience. I’ve met a lot of people who talk about how much fun they would have every weekend at The New Monkey. However now there’s a new wave of Makina and Hardcore DJ’s and producers in the Northeast, collaborating with established artists.

In February I curated an exhibition as part of Sound and Music’s curator/composer award titled FROM HEAVEN. Featuring work from myself, Daniel Appleby and a performance from Bella Canta Ladies Choir. Focusing on deconstructing Makina and looking at it in other contexts away from the dancefloor. I was interested in looking deeper at Makina and the lyricism typically used, as with other contemporary dance music a heavy focus on religious or spiritual imagery always appears. Lyrics such as ‘Only you can take me higher and higher’ express experiences of out of body or transcending. Bella Canta Ladies choir performed 3 compositions I wrote appropriating this language and merging it with early choral composing techniques. Taking us closer to the feminine voice in Makina that contrasts so heavily with the heavy drumbeats.

During the exhibition Daniel Appleby presented his work Pure Ecstasy, a short film using archive footage from The New Monkey. In it we see slowed down images of young dancers and DJ’s moving and swaying in patterns. From across the room they could almost be Northern Soul dancers, a reflection of the unity that dance music and club culture presents across generations.

Ruth Hughes is a sound artist and composer working between her hometown of Sunderland and London.

Her work explores the sonicness of underground culture and its relationship to fantasy, socio-political issues and how it can be utilised to reimagine alternate futures. Her work has recently been broadcast on Resonance FM and presented at the ICA in London as part of the Current Transmissions Show.

In February 2022, she presented FROM HEAVEN at the Athenaeum Gallery in Sunderland. Developed as part of Sound and Music’s Composer-Curator programme, the project is a reconstruction or remix of an underground culture that has been nurtured in the North East since the early 2000’s and featured new work by Ruth and local artist Daniel Appleby, with a performance from Bella Canta Ladies Choir and a showcase by Eyeshadow Sound System. Click here to find out more about FROM HEAVEN.

Cover image: Installation shot from FROM HEAVEN, The Atheneum, February 2022.