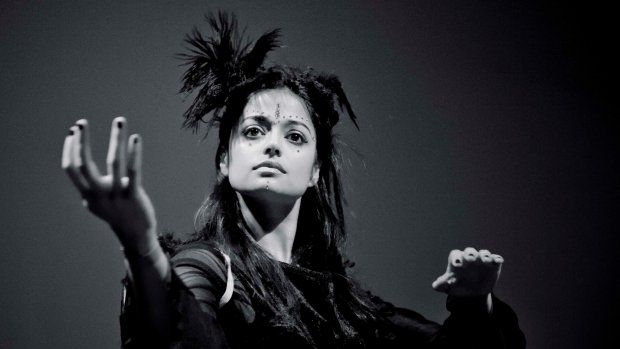 Sarah Sayeed on Music and Motherhood

Sarah Sayeed on Portfolio in partnership with Kuljit Bhamra

"Having a baby has changed my outlook on time and the value of really living in the moment when time is so short, as many mothers will experience. I have many new perspectives now and I have widened my interests since having a baby. This has all naturally influenced the feel of my new work."
New Voices 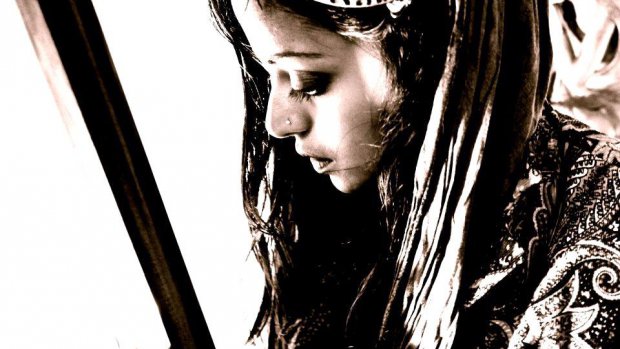 “I think that the break has allowed me to draw on new and very different experiences in my life,” writes Sarah Sayeed, Portfolio composer in partnership with Kuljit Bhamra. “Having a baby has changed my outlook on time and the value of really living in the moment when time is so short”. Writing for harp, tabla and marimba, Sayeed’s “new perspectives” materialise into her work Found, which is based on “the rollercoaster ride of pregnancy, birth and motherhood.” Drawing on both the viewpoints of the mother and child, her strong focus on energy, emotion and development emerges in the expressive sounds of the unlikely trio of instruments. Sayeed also talks about her duo Myth of Her with Anne Eltard, describing it as precious to her for its inherent attention on the mythical and legendary histories of women, suggesting a strong feminist ethic within. Her works are moving and current, alluding to a particular ‘rawness’ in their not-trying-too-hard, yet finessed, qualities. Her recent endeavours in film music are another thing to look out for, but for now we’re excited to hear what she’s been working on with Kuljit…

How would you encapsulate your music in a sentence?

You’ve had some time away from composing after the birth of your baby (congrats!). Do you think that this experience and break from music making has influenced your direction as a composer at all, now you are ready to re-establish your music?

I think that the break has allowed me to draw on new and very different experiences in my life. Having a baby has changed my outlook on time and the value of really living in the moment when time is so short, as many mothers will experience. I have many new perspectives now and I have widened my interests since having a baby. This has all naturally influenced the feel of my new work.

You’re now working with Kuljit Bhamra on Portfolio. What attracted you to apply for the programme?

I loved the idea of composing for three very different instruments, and how this could come together in an interesting and moving piece. I have always written music but was keen to try composing as a more formalised process of exploring, writing and scoring my work. The harp has always been an instrument I have loved to listen to. In addition I have always admired Kuljit’s work and his approach to classical Indian traditions in a very down to earth way. Kuljit is a very determined artist who uses the skills he has to create diverse and popular work. I want to be able to do something similar over the coming years.

The opportunity to compose for harp, tabla and marimba was one that I just couldn’t miss! I was lucky to be chosen for the Portfolio programme to write for three highly skilled musicians.

How are you approaching the partnership after your break - what ideas are circulating?

I am working with my instinct, which I think is invaluable. So often we try to do clever things with music and I really felt that this new composition had to be about something quite raw but hopefully established in its sound and progression. My piece, Found, is based on the rollercoaster ride of pregnancy, birth and motherhood. I explore the different stages and facets of motherhood, written equally from the viewpoints of mother and child, using the instruments to express this. I wanted to explore the changes in emotion in being a mother, and to look at how the energy of a baby changes as they develop as an embryo to their growth as a new-born.

I was really keen to find ways to create a unique sound and energy between harp, marimba and tabla. These are not three instruments that people would easily recognise as being played together. It was a challenge to unpick their qualities and to find some unifying elements to their individual features, sounds and tones. I was really inspired by the incongruous nature of some of Philip Glass’ work and the traditions of Eastern music from Japan, which often draws on atmosphere and feeling rather than just rhythmical and musical formations. I wanted to create a narrative with a fluid piece of music that didn’t feel too fixed in space and time. The audience experience shifts in where the musical emphasis is, which I hope also allows the musicians to find their own space in the work.

You’re also part of a duo called Myth of Her. Tell us about it – what’s it all about and how did it begin?

Myth of Her began when I met Anne Eltard through a project with a mutual friend in Manchester. She had come to Manchester from Copenhagen for a trip. We instantly had mutual interests in both classical, folk and electronica, and we jointly had a history of working with live loop pedals and sound manipulation. Our musical collaboration began on a trip I took to Copenhagen where we worked in the studio on two new pieces. Our process was organic and we created a film piece to accompany the works. We perused and talked about the legends and myths of women throughout time, inspired to create new works that could unearth these stories. We both have a rich musical heritage, Anne being from a Nordic background and my Bengali background.

Since then, Myth of Her has become an important and key musical project in my life. The duo with Anne is precious to me, not only because Anne is a deeply talented musician but also due to the subject matter. The history of women throughout time has almost been eradicated from our consciousness. Myth of Her is a musical experience that brings the stories of women into a shared heritage.

You’ve got an album in the line-up from Myth of Her. What’s going to be included on it, and how have you found putting it together?

The album will feature a range of songs, which focus on myths, legends and new ways of storytelling. The material will also have a focus on film and cinematography to share with our audience. The collaboration has its constraints, as Anne and I are both based in different countries, but the collaboration is long-term and is being built slowly and steadily.

Over the past 2 years, you’ve mainly been focused on film and music. Let us know what kind of things you’ve been working on…

I have been writing music for film. I have also featured as an actress in short films, working with some amazing directors. I have also been writing film scripts and submitting my ideas to production companies and film commissions. There are one or two projects that are now in the pipeline for production.

What is it about working with the two mediums (film and sound) that appeals to you so?

When music accompanies film, it is similar to when music accompanies dance. They work in tandem with one another. As my work as a musician and composer developed over the years, I understood that film could express stories and feelings in a powerful way, which only served to enhance the musical experience. I became less and less interested in music videos and more in the cinematography and forms of film. I am currently on a journey in exploring the relationship between sound and film.

What has been your biggest motivation as a composer that has brought you to this stage in your career?

The desire to approach music from a new and unique viewpoint.

I really love Slow Revolt at the moment. The lead singer has an incredible voice and is really current with the sound he is creating.

Will Morris is an extremely talented composer who has been developing compositions for film and TV over the past few years. I really think his work is going to reach a lot of people at film festivals this coming year and is definitely one to watch!

Find out more about Sarah on the British Music Collection // SoundCloud

Sarah Sayeed on Music and Motherhood