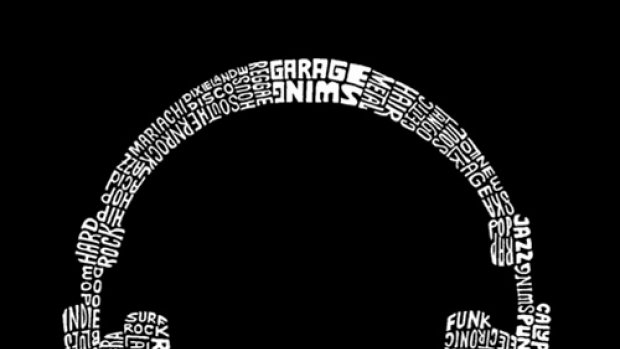 SaM's Administrator, Sarah, On the Diversity of the Collection

"The British Music Collection doesn’t discriminate; anything goes – see for yourself…"

I joined the Sound and Music team sixth months ago as their new Administrator, and as part of my role have been working on the British Music Collection - uploading and managing content and managing enquiries, amongst other things. Since working on the Collection, what has struck me most is the diversity of the work within it, and in that diversity, the diversity in what we as a society understand as ‘Music’. I think I thought about music fairly conventionally before I started working here, with a view that music was meant to ‘sound nice’. But I now feel differently. A lot of the music in the Collection is pretty experimental – like nothing I had heard before, and although it may not make for easy listening, it definitely stirs something within you. Music which is tuneful can sometimes sink into the background, as it is almost too easy on the ear, whereas music which is perhaps more difficult to listen to demands your attention, as you simply cannot ignore it; this is a quality which I am really taken by. The Collection has broadened my idea about what music is, and can be, and I have developed a strong palette for the experimental (in addition to my old favourites!).

I have picked out three pieces from the collection which highlight just how diverse it is, with one relatively conventional, one that combines the conventional with the unconventional, and one that is about as unconventional as they come. The British Music Collection doesn’t discriminate; anything goes – see for yourself…

I have chosen to use York Bowen’s Fantasia for Four Violas as an example of the more conventional sounding music within the collection, as it adheres to the conventional understanding of what music is i.e. intended to give pleasure to people listening to it.[1] It’s melodic and rich in contrapuntal textures and is immediately recognisable to a layman as a classical piece of music.

I could have chosen many pieces to demonstrate something more conventional from the collection, but I was attracted to this one in particular me as it is somewhat within my comfort zone; I played the Violin growing up, and was part of two string quartets. It is however not a traditional string quartet, as all parts are played by a Viola, as opposed to consisting of the usual 1st Violin, 2nd Violin, Viola, Cello. I like that even the so-called conventional music in the collection is pushing boundaries (albeit is subtly)!

I have chosen Ant Dickinson’s Piano Duet 1 as an example of a piece in the collection which has both conventional and unconventional aspects to it. It combines a piano being played in a conventional way, with sounds produced by a piano being demolished – thus bridging the gap between what is ordinarily deemed as music and what isn’t. What I like about this piece is that only one instrument is used throughout, and yet the difference in the way the instrument is used produces sounds which are unrecognisable from each other. In fact, one would probably not recognise the sound of a piano being demolished as a piano at all. In spite of the unconventional sounds within the piece, it is still recognisable as a piece of music, as opposed to sounds, because the conventionally played piano maintains a melody – a rather beautiful one at that. I find the piece beautifully haunting and am fascinated by the creativity of Ant Dickinson in producing such interesting and unusual sounds from a piano.

Piece 3: 345 – A Study In Limited Resources by Tristam Carey

I have chosen Tristram Carey’s 345 – A Study In Limited Resources as example of a piece in the collection which is positively unconventional. I decided to use one of Tristram’s pieces to demonstrate unconventional music as he really pushed perceptions of what Music is, and about what can be used to create Music. He created this piece using analogue tape, which I think shows just how inventive and resourceful it is. It’s the kind of music I imagine aliens might create – I can just imagine an audience of aliens seated in their version of the Royal Albert Hall, listening to Tristram’s 345 – A Study In Limited Resources (he did write music for the Doctor Who soundtrack after all!)

I would encourage composers or music makers of any sort to add their work to the Collection, as I hope this has demonstrated that we really welcome everything. At the end of the day, if you consider it to be music, then that’s what it is, and I am absolutely certain that others will feel the same.

In order to add your work to the online British Music Collection you can create an account here: http://britishmusiccollection.org.uk/user/register

If you encounter any issues around creating an account of have any questions in general, do not hesitate to contact me at: sarah.moir@soundandmusic.org

SaM's Administrator, Sarah, On the Diversity of the Collection