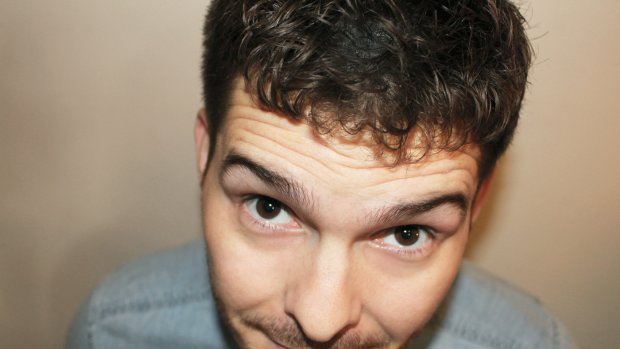 Ryan Latimer on Composing for Orchestras

Ryan Latimer on Embedded with the BBC Symphony Orchestra

"My earliest exposure to orchestral music of any kind was through cartoons. Even now, the playful, frenetic, visceral and often discontinuous nature of much of this music remains an important aspect of my work."
New Voices

Ryan Latimer has been working as composer-in-residence at one of the most prestigious creative music organisations in the UK: the BBC Symphony Orchestra. Describing his approach as a ‘readiness to embrace music in all its various shapes and sizes,’ Latimer discusses his current interests with ‘palette’ and ‘force,’ which he was able to explore intensely in his new piece Antiarkie. The piece is a celebration, commentary and homage to the characterful works of Tom & Jerry composer, Scott Bradley, who Latimer looked to for inspiration. Also exploring the correlation between a composer’s instrumental ability and their compositional skills, Latimer later reveals the fascinating details of his practice-led PhD…

Could you describe your music in a few sentences?

I’ll leave the adjectives for others but what I hope is clear from my work is simply my readiness to embrace music in all its various shapes and sizes. It’s important to me to engage critically and openly with the diversity of influences that have informed my own personal understanding and appreciation of music; from early childhood curiosities, to partial musical memories, to more current interests. To some extent this is the case for all composers, though I do consciously try to engage more actively with these influences, leaving clear traces of them close to the musical surface whilst exposing or confounding their particular qualities by playfully – and often energetically – bringing them together.

What is it that ‘inspires’ you the most when composing?

I have never really had that sudden spark of inspiration. I think I’m more your ‘hard labour’ type. The ideas and challenges that spring up from simply doing the work, or indeed working with others, are often more interesting and useful to me than waiting on some divine intervention.

There are occasional triggers that might eventually develop over time, though often quite unglamorously. For example, I was once on the tube (I probably wasn’t, but it seems to be the trendy place for people to have ideas these days) thinking about how done to death the use of birdsong is in classical music and how much more exciting actual live birds on stage would be, or live animals generally, or specifically a live lion. I’m still working on that particular funding application, though in the meantime I wrote a piece called ‘King’ during my residency with the Workers Union Ensemble which features recordings of lion roars inconspicuously fed through the double bass amplifier.

You applied for the Embedded programme with the BBC Symphony Orchestra to develop your orchestral writing. What is it you love about orchestral works?

I enjoy lots of orchestral music for many different reasons. The main attraction in this instance was quite simply to do with ‘force’ and ‘palette’ – which I’ve discovered are two things that work well hand in hand. The orchestra has the unique ability of providing tremendous weight as well as a limitless range of potential instrumental combinations and colour. I knew I wanted to write a relentless work for orchestra whilst retaining a sense of play and brightness. The challenge, of course, isn’t really in achieving force – that’s quite straightforward with 80 performers on stage – but rather in sustaining that energy for a long period of time without it becoming draining, both for the listener and the players. So, one of the key ways to achieve this is through regularly varying and reinventing the orchestral colour, thus continuously providing the ear with something fresh to savour. On a technical level, it was primarily this balance between forceful momentum and textural variety that I set out to explore in my piece.

The title of your Embedded piece Antiarkie refers somehow to the cartoon composer, Scott Bradley. What is it about his music, or cartoons in general, that inspired you?

My earliest exposure to orchestral music of any kind was through cartoons. Even now, the playful, frenetic, visceral and often discontinuous nature of much of this music remains an important aspect of my work. Antiarkie offers both a tribute to and commentary on this characterful music, which is often in itself a celebration of so many other musical styles.

The title refers to the composer, Scott Bradley, famous for his exuberant Tom and Jerry scores, who despite being from Arkansas was careful to point out he was not in fact an ‘Arkie’—a diminutive term for a migrant worker from the state. There is also a suggestion of the Greek word ‘archi,’ meaning authority or establishment. Considering Bradley spent much of his career as a relative outsider, dedicated to his own niche corner of the industry whilst remaining well in-tune with the ‘serious’ developments occurring within the European avant-garde, the invented term Antiarkie (read Anarchic) seems a suitably spirited homage to his legacy. ­

What is the most valuable thing you have learned about composing for a symphony orchestra?

Give yourself a head start and begin early!

I have to admit, my relationship with piano was somewhat short-lived – I’m terrible! This usually means I have to rely on my ‘inner-ear’ more, particularly when it comes to larger ensemble work, since I simply can’t seem to get my fingers to move independently in the right direction in order to try anything out. In some ways this is quite liberating though, as I’m only limited by my imagination and not my piano technique. Though, I’m not sure if this is necessarily an issue for composer-pianists either. On the other hand, it can often mean very slow progress, which can be personally quite frustrating since I’m always keen to get things down and move on.

What is perhaps more telling though is not the instrument itself but rather the influence of the music that drew someone to that instrument in the first place. I started the saxophone at aged 12, after several years learning the clarinet, purely because I loved jazz and later a lot of funk music. My interest in metre change, syncopation, groove, the layering of interlocking bass lines and chords, repetition and pulse is entirely down to the exposure of this music at an early age. It feels engrained when I work this way; I’m not making references. Of course, the origin of these things might seem quite obscure now but that’s only because I have discovered so much more music since then.

You are currently studying for a PhD at the Royal Academy of Music. Can you outline what your thesis is about, and the crossover between your research and your music?

It’s essentially a practice-led PhD, which basically means my music is the research focus. In other words, there’s no crowbarring of one independently researched field into my own creative work. I am however interested in assembling my compositional ideas in a way that is both direct and playful. I enjoy engaging with various existing musical objects— be it a particular stylistic trope, a historical form, an established harmonic device or quotation—before reassembling each idea into a new context of my own. The PhD is really about detailing how I might, for example, use parody, discontinuity, the manipulation of established forms, allusion, or the combination of so called elite and vernacular musics in creating a playfully re-appropriated musical whole, which simultaneously points to its origins whilst hopefully offering something new. And breathe.

Of course, with every piece I’m exploring something different, often for the first time. I experiment, work through new challenges and try to circumvent the myriad of dead-ends one inevitably encounters during the creative process. I’m developing technically and creatively, I collaborate with other people, I make mistakes and try working in various other media—all the while discovering new and exciting art and music as I go. So it’s also important for me to try and unpack these things in a way that is honest and transparent; firstly so that I might better understand my own practice, motivations and development and secondly so that others might learn from or find interest in my approach too.

What are your plans for when your residency at the BBC Symphony Orchestra finishes?

I have a few recordings coming up soon which will be released later in year, as well as couple of big projects to get stuck into, including a piece for chorus and orchestra, commissioned by the Crouch End Festival Chorus for the Barbican in 2018—all of which I’ll be working on from China, where I’ll be teaching and traveling for the next year or so.

Ryan Latimer on Composing for Orchestras