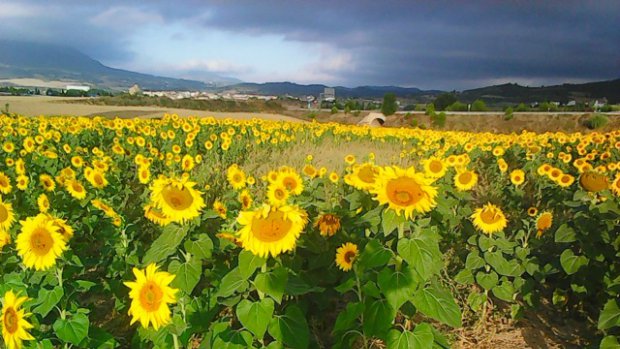 "I knew I’d found something that definitely wasn’t what I wasn’t looking for..."

I’m drawn to compositions that possess a purity of idea and Kiss has this. A pulsing, drone-like static-harmony that accompanies a simple, monodic idea, with a ‘transparent’ musical narrative. The economy of the notation was also appealing; partly a feature of the open-score format and partly a feature of the piece itself. And there was something about the aural experience of the piece, which I can only describe as a musical poetry, that came as much from the musical sounds themselves as from the organisation of pitch.

Kiss is an open-score piece and, as such, can be rendered in any number of instrumental colour combinations. At the bottom of the score it states: ‘This piece has been performed several times with the accompaniment provided, by blowing across the top of tuned bottles’. This is true for the version of the piece in the provided recording and, for me, it contributed a great deal to the musical poetry of that performance. The use of tuned bottles also appealed to my fondness of non-‘conventional’ instruments, playable by individuals outside of the exclusive sphere of the trained musician. So, there is also a political side to Kiss’s appeal. In reflecting the title of the piece, the necessary pursing of the lips, that the musical use of tuned bottles produces, convinced me that the bottles should be a permanent feature.

Given the open-score fact of the piece, the Feldman-like delicacy, with which the ideas are executed in the provided recording, may not be so apparent in other performances/instrumentations.  I imagine, though, that any sensitive performance would preserve this.

A tangible, innate musical narrative (i.e. one that does not require an explanation) is something that many compositions of the post-war era seem to lack. This, I think, has been a necessary feature of the radical exploration that has been undertaken in this period. It always pleases me, though, when I come across a piece in which the composer manages to communicate an intelligible narrative through the listening experience, however ambiguous or open to interpretation that narrative might be.

In Kiss, the narrative is carried by both the solo part (an oboe in the provided recording) and the static-harmony accompaniment (a vibraphone, giving a beautifully blended edge to the blown, tuned bottles). The repeating four-note fragment (D A B E) of the solo part creates a sense of insistence and, like the questioning solo in Charles Ives’s The Unanswered Question, it also suggests an identity in itself. Bringing to mind the Aristotelian notion that a character is revealed through its actions, the four-note fragment can be seen to represent a character that calmly, yet persistently, reiterates a single idea - whatever that idea might be interpreted as. The slight variations of that idea — the D’s higher octave and the occasional omission — suggests a re-phrasing, or re-emphasising of the idea.

The solo part’s long notes (all with sharps) also lend themselves to the narrative. Rising up as leading notes to each pitch of the four-note fragment (D A B E), these notes present themselves as contemplations from the solo-part identity, or perhaps as a different identity altogether. The F sharp, which seems to look/wait/call out for its absent G resolution — not present in the four-note fragment, and one of only two pitches (G & C) not to appear in the piece — is eventually transformed into the resolution for a new pitch F, which finds the F sharp only after a Cinderella-like try-out of each pitch from the four-note fragment. The static-harmony accompaniment, too, presents itself as a persistent thought/statement/feeling, whether it is construed as belonging to the identity that is revealed by the solo part, or to another. The accompaniment’s occasional reduction or absence tantalizingly suggests a reaction to, a complicity in, or an apathy towards the surrounding events. In these narrative strands, each component in Kiss seems to be there for a reason, hence the purity of idea that this piece has.

The transparency of the musical narrative is in itself part of the appeal of Kiss. As someone who cares a great deal about the relationship between non-practitioners of music and new and recent music of the ‘Classical’ tradition, I am keen for there to be works that, while having an interesting life beneath the surface, do not require a certain level of musical literacy and knowledge, and a certain period of study, in order for them to be ‘understood’.

I am a walker; I’ve made many long-distance walks in the UK and in Spain (one of which is documented in my orchestral piece Concerto for Long-Distance Walker). When I walk, I discover special objects, places and people, and the sequence in which I discover these is determined by the path of the journey. Exploring the Collection is a journey; a different journey for each person. Paul Burnell’s Kiss is a special object that I’ve discovered early into my journey. The thought of the possibility of coming across other special objects in the Collection compels me to continue the journey, and not knowing exactly what it is that I’m looking for somehow makes it all the more exciting.