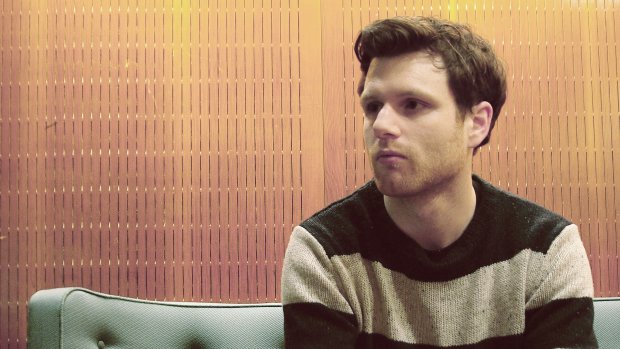 “I like the idea of a musical language which is informed by, but not entirely preoccupied with, the physics of sound and acoustic phenomena.”
New Voices

Patrick Brennan is a composer, and he’s been working with the Birmingham Contemporary Music Group of whom he describes as “the most brilliant bunch of musicians [he’s] ever worked with”. After talking about his experience on the Embedded programme, Brennan then explains his choice of thesis for his PhD entitled ‘The Abstraction of Spectral Sonorities,’ writing, “I like the idea of a musical language which is informed by, but not entirely preoccupied with, the physics of sound and acoustic phenomena”. Admitting to his “deathly fear” of writing ‘programme music,’ he also discusses the implications of inspiration and music with narrative, rounding up with some candid, expert advice for others also looking to pursue a career in composition…

To describe your music in a few sentences, you’d say…

I began playing the piano at a very young age, so I suppose harmony is my mother tongue. I also generally prefer small, dense, well-crafted pieces (with plenty of exceptions – I’d hate to live in a world without Feldman’s music); so far most of my pieces have been short (5-6 minutes or less). This is partly because of the commissions I’ve received, but also because I really value brevity and succinctness. One day I’ll write an honest-to-God melody, but for the moment I’m happily obsessed with intricate patterns and mechanisms.

After touring on the 2014 ‘Birtwistle at 80’ programme, you applied for Embedded so that you could work with the Birmingham Contemporary Music Group for a more extended period of time. What was it about the organisation that attracted you so?

BCMG is the most brilliant bunch of musicians I’ve ever worked with, and I just wanted more. The players are fantastic and so generous with their time and energy. There’s also an incredible sense of collaboration in rehearsals; they really want the composers to succeed and the pieces to work. And obviously I can’t mention the group without also mentioning the amazing Newboulds – probably the two most generous, passionate and committed people I’ve met in the ‘new music’ world.

Could you describe your experience on Embedded with BCMG? How do you think it is going – did it live up to your hopes and expectations?

I’ve had a wonderful experience. I’ve been invited to so many rehearsals and concerts and met so many great musicians. Watching Pierre-Laurent Aimard and Olly Knussen recording Elliott Carter was unforgettable. It’s been everything I'd hoped, and more.

What do you intend to do after your project has ended?

I’ve got more pieces to write and a degree to finish, so those are my immediate goals. After that, I’ve no idea.

The title of your current PhD thesis is, ‘The Abstraction of Spectral Sonorities’. Could you describe what this entails, specifically?

As someone who’s extremely concerned with harmony, it seems natural that I was drawn to the sophisticated, nuanced harmonic language of the spectral composers. Unfortunately, I get the feeling that a lot of modern spectralists (or is it "post-spectralists”?) are retreading the same ground that Grisey and Murail did in the 80s and 90s, except they’re using more sophisticated software. I like the idea of a musical language which is informed by, but not entirely preoccupied with, the physics of sound and acoustic phenomena. There are some great composers out there who are making really interesting innovations in this area (Julian Anderson, Unsuk Chin, Philippe Leroux and Enno Poppe are some of my favourites) and I want to join them by carving out my own tiny niche.

Where/what do you look to for creative ‘inspiration,’ and how do you draw musical ideas from it?

This is changing a lot for me. I used to be suspicious of anything which had a prominent ‘extramusical’ impetus; I had a deathly fear of writing anything that could possibly be described as ‘programme music’. I’ve often had to invent a unifying ‘idea’ after finishing pieces, just to put something down in the programme notes. And I certainly don’t think I’m the only one guilty of this! But I’m getting off my high horse about that now, and am beginning to connect more with the visual arts and literature. It’s nice.

Do you feel that your compositions carry with them a form of ‘narrative’? If so, how does this narrative come about?

I don’t know. Probably not. I prefer to think of them as sound sculptures which aren’t really supposed ‘narrate’ anything in particular – except perhaps the ‘drama’ of the sounds themselves. But if they remind someone of a film they once saw, that’s fine by me.

Do you have any advice for others looking to pursue a career in composition?

I’m not very career-driven, so I can’t really give any useful advice on that side of things. But as a musician, I’ve got plenty of opinions on the subject:

What is the most valuable thing you’ve learned about composing music – especially for large orchestras?

Orchestration didn’t come naturally to me, and I’m sure I’ll still be learning about it for many, many years to come. However it took me a while to realise that you’ll probably have to write an awful lot of notes which won’t be heard, but which will be missed if you remove them.

I’m sure other people have their fingers much more firmly on the pulse of the new music ‘scene,’ but I was blown away by Vito Zuraj’s horn concerto “Hawkeye” at ISCM WMD last year. Can’t wait to hear more of his stuff. Also, Kurtág’s Endgame opera is bound to be amazing.