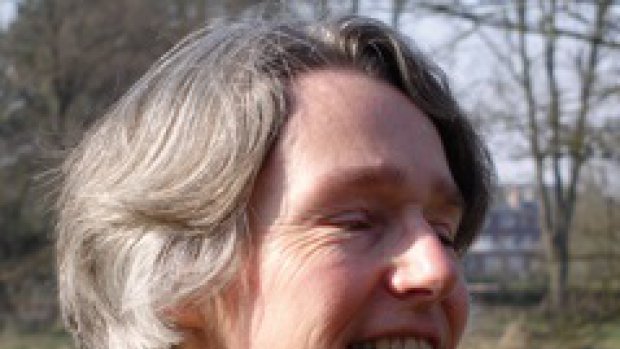 Nicola LeFanu: "The Collection Then and Now"
"You went in and perhaps you wanted to listen to something, perhaps you just wanted to browse the scores, but there it all was, all this new music: it was an amazing feeling..."
Martin Scheuregger, British Music Collection Composer-in-Residence talks to Nicola LeFanu about the Collection from its 1960s home in central London, to its brand new online presence and home at Heritage Quay.

Nicola sets down a tray of exquisite tea and I comment on the view from her living room window. Looking onto the peaceful River Ouse, as I sit down it’s as if we’re right on the water, the pathways and benches hidden from view. I ask her about the flooding – an inevitable part of the year in York – but so far they haven’t been hit. Inside the room, a baby grand and shelves of scores give some idea of Nicola LeFanu’s http://nicolalefanu.com/ deep interest in music of all periods, whilst modestly reflecting her importance as a leading figure in late twentieth-century and current British music.

Its late October, and between rehearsals of a new work and a presentation on the music of Elizabeth Maconchy http://www.musicsalesclassical.com/composer/short-bio/972 (who just so happens to have been Nicola’s mother), we’ve found a time to meet to discuss the history of the British Music Information Centre, now the British Music Collection. We start our conversation with Nicola’s first contact with the BMIC, as a postgraduate student at the Royal College of Music in the 1960s.

‘For me, at the beginning, I thought of it as a very good reference library, but it rapidly became much more than that because it was truly a music information centre, with all that that implies. You went in and perhaps you wanted to listen to something, perhaps you just wanted to browse the scores, but there it all was, all this new music: it was an amazing feeling! And so I could go and discover scores there, I could go and find out what the latest score was or look up something older and sit and read it in a very congenial place and a very central place: Bond Street tube station is one minute away – just amazing.’

Nicola paints a picture of the BMIC as a place for composers to meet, chat, discover and make connections, and recounted the story of a young Julian Anderson meeting Oliver Knussen: ‘there could be rather important networking meetings of that kind’. The idea of a central London space for composers and performers to network may seem antiquated in the days of Twitter, SoundCloud and the rest, but these connections were, perhaps, more personal. And Nicola articulated the need to access the technology that the BMIC had; having met British composer Helen Longworth in Italy, they wanted to listen to her work when she returned to the UK.

‘We met at the BMIC because they had a tape recorder of the kind that she could play the piece she’d just had done in Rome, because in the early 70s there was still not a lot of equipment around, so we didn’t have computers – obviously – but we didn’t all have tape recorders either. So it was extremely useful to be able to go to BMIC and I can remember wanting to see some early stage works by Judith Weir so I went in and viewed them at the BMIC because I didn’t have equipment to view them at home.’

In discussing this element of sharing work, some happy parallels with the Collection in its new form emerge. With the ability for every composer to have their own online profile – like mine or Nicola’s – we can share work with other composers, but also performers and programmers. And whilst the personal nature of the BMIC had its advantages, this new platform gives us all a global profile with a degree of legitimacy lent by the Sound and Music association and the British Music Collection title. Although the Society for the Promotion of New Music dealt with live music across the UK, Nicola recalls that the BMIC had its own series of concerts:

‘During the 80s and through the 90s it began to be much more entrepreneurial, because they were given a piano and so they started having concerts at 10 Stratford Place, and talks sometimes before the concerts and so on: so that was quite a change and a very welcome one, because again it was the kind of activity that a music information centre can do very well. People could present a premiere and it wouldn’t cost them very much to hire the room or the BMIC could promote it.’

Nicola goes on to tell me about the New Voices and Contemporary Voices schemes, http://www.soundandmusic.org/projects/past-composer-support-schemes-new-... publishing composers in the early and middle parts of their careers. Indeed, evidence of these is clear in the abundance of the striking yellow scores bearing these names that I’ve found in the Collection, including many composers whose work I’ve gone on to programme. Nicola speaks of the importance of this aspect of the BMIC, especially during the declining representation of composers by traditional publishers.

We move on to talk about the Collection being at Stratford Place and Nicola’s professional life in London, and she excitedly recalls the plethora of new music performance available there, especially the programming of new opera in the 80s and 90s, something that struck a chord and can be seen in her many operatic compositions since this point. I’m interested to hear more about this part of Nicola’s life, but I really wonder how things were when she was in my shoes – a young composer trying to make a living.

‘I suspect that it’s about equally easy and difficult for every generation, it’s just difficult and easy in different ways. The thing that’s much easier for your generation is what the internet offers. You can process the score – it looks like a printed, published score – and you can disseminate it and do all kinds of things through the web comparatively easily and comparatively cheaply, and that is incredible. On the other hand, the thing that In think is very hard today is that when we left the Royal College or university, we all could earn our living. I mean unemployment wasn’t an issue: you might be doing a bar job and you might be doing a part-time teaching job – you didn’t have big job security – but honestly we didn’t think about that at that stage too much. We could earn our living – that was the main thing – and we could put composition first.’

This all sounds familiar to me – I juggle teaching, performing, composing and directing a group http://www.darkinventions.co.uk/ to earn a living – but Nicola brings in the ‘C-word’:

‘And there were commission fees: from when I left the College the pieces that I wrote were commissioned, and either the Arts Council, or the BBC or a private person – but usually Arts Council or BBC – provided the commission fee, and that was more of my income than the part-time teaching, probably. I was very lucky, but I wasn’t the only one; I mean there were a lot of us that were lucky. And that’s completely different today and it’s far harder for people to get employment, the Arts Council doesn’t provide commission fees, it would be rare for the BBC to commission someone young, publishers can’t afford to pay retainers, so I think those things are difficult. I suppose the biggest change is that when I left the Royal College, it never ever occurred for me to look for a full-time job. I was a composer and that’s what I would do, and that was true for my friends, and so yes, I got part-time jobs – and I enjoyed them a lot – but nowadays composers look for full-time jobs and it really worries me because I think you have to have your main energy for composing, and academia is very full-on and it takes creative energy.’

This all rings true, and Sound and Music has raised the issue of commissions and fees here http://www.theguardian.com/culture-professionals-network/culture-profess... and here http://www.soundandmusic.org/projects/sound-and-music-commissioning-report. But before I get too despondent, I move Nicola on to discuss the future of the Collection and what’s changed since its time as the BMIC.

‘I think the thing that is different is I never thought about it as an archive until now, and now it clearly is an archive. And I think that that’s important because we know from music history that acknowledgement of composers goes in cycles. There are always composers who are completely neglected either for a generation or… You know, Purcell was neglected for 200 years until he was rediscovered! And so the advantage of an archive is that music is safe. The great thing about having a good archive is that, whilst one doesn’t want it, as it were, ‘over full’ with everything – you need a bit of selectivity – at least you can have examples of composers who someone is going to want to play and explore them if not this years, then in 20 years time: I think that’s terribly important.’

As a composer based in the North of England, I’m pleased The Collection is nearby (and get tired of explaining the baffling concept of living outside London every time I have work there). And as a composer who has lived and worked for long periods in the United States, London, York and elsewhere, Nicola’s thoughts on the location are interesting.

‘I always think there’s an active trans-Pennine link because you’ve got loads of composers in Manchester – you’ve got two institutions with very distinguished composition departments – and then you’ve got composition happening in Sheffield and Leeds, Huddersfield, and in York and in Durham, and somehow I would like to think that it can serve as a bit of a music information centre that people actually use as a meeting place, because I think that it’s become a problem in England that it’s so London-centric.’

We go on to talk about the role of The Collection today, and having heard much about how it used to feel and work, it strikes me that we’re talking about the same issues, the same problems and the same challenges. Yes, things have changes between the 60s and today, but we’re well equipped for many of these challenges. As composers we are able to publish, promote and share our work to a professional standard, whilst organisations like Sound and Music continue to provide support in their programmes, and increasing act as public advocates for us.

It will be fascinating to see the British Music Collection flourish to become a vital part of the new music ecosystem in the UK, and as Nicola and I continue to discuss British Music abroad, the potential for the Collection to have, as Nicola puts it, ‘a shop window aspect’ becomes clear. It’s all about promotion, but with The Collection and its website, you’ve got to put the work in yourself: how composers decide to use this tool will be fascinating to see.

Working with the British Music Collection for my Embedded residency has been a personal, very introspective process: I’ve been discovering a lot about my own music through the clarifying mirror of looking at that of others. But talking to Nicola has shown me that the Collection always has been – and will hopefully remain – a place, be it online or in-person, for discovering new music, meeting others and creating a sense of community.

As I stand up, the path by the river comes back into view and I’m sure there weren’t so many people walking along it when we began; or perhaps our chat has made me that bit keener to see what others are doing around me. I quietly decide to engage more with all the composers I know (and those I’m yet to discover), and I realise the British Music Collection is going to really help with that.

Nicola LeFanu: "The Collection Then and Now"