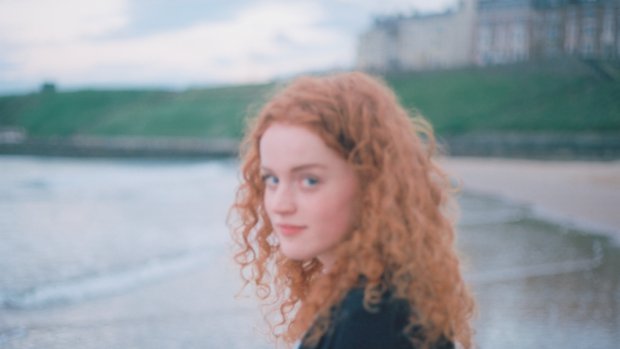 "I tried to be efficient and minimal with how much material I chose in the first place, to create a piece which is direct in a similar way to Ginsberg's delivery of his poetry"

My route into composing was just through music lessons at school - being given the time, encouragement and software to have a go at making my own music. I don't remember when I first downloaded a trial of Sibelius, but by year 11 (so aged 15 or so) I'd been arranging songs for the little chamber choir I ran for a few years, and was also getting into writing my own music, mostly for myself to play on the piano. With the encouragement of my wonderful  music teacher Jenny, I had a few actual composition lessons which introduced me to the whole world of new music outside of the pastiche writing restraints of GCSE and A level curricula. It went from there really, via the Centre for Advanced Training at Sage Gateshead, where I had weekly one-to-one composition lessons (which was such a luxury in hindsight!). I also did the NYO composers scheme in my final year of school, which gave me so much confidence in myself as a composer, largely through the breadth of constructive criticism I received from various tutors. By the time I was leaving school at 18, I'd decided I wanted to pursue music and composing specifically, and gained a place at Cambridge University to do so.

You're local to Gateshead and have a history with our partner, Sage Gateshead as an employee, young musician and composer. How has it been for you returning as part of this scheme and working with Royal Northern Sinfonia, your "home orchestra"?

It has been so lovely and rewarding to be working with musicians from the RNS in a professional capacity, and in the beautiful Sage building which I really do regard as a kind of second home (what with the amount of time I spent there between a part time job, two choirs, and full days at Sunday weekend school!). Returning to Sage as a composer makes me feel all kinds of nostalgia about the weekends spent wracking my brains about what to write next, in practice rooms looking out on the Tyne; clearly all those hours did something for me! Sage is such a peaceful place, unique in its design and location, and periodically returning there for Next Wave from Uni has been really wonderful in giving me space as a creative person to breathe and feel relaxed, something which can feel tricky in the academic confines of Cambridge.

The Next Wave scheme has also given me increased admiration and appreciation for RNS. Their incredible generosity with their skills and time, supporting young people making new music, makes me proud that they are my "home orchestra". In addition, what they do as a representative of high level music making in the North East - a neglected area in terms of attention and funding, in the tragically London-centric music scene - is so important and special. I'm very honoured to now be a part of that representation!

You draw on the poetry of Allen Ginsberg for this piece. What is it that appeals to you in his work, and how do you express or respond to that musically?

I really enjoy how direct Ginsberg's poetry is, whilst also being very evocative and vivid. Listening to or watching him perform his poetry is especially interesting to me as he delivers it in such an unfussy, almost un-emotive, but still very visceral way, which I kind of love - that his poetry is met with an aesthetically similar approach in its delivery, meaning its everyday-ness is communicated so effectively.

My piece 'to think at the sun' draws directly on phrases from the poem Transcription of Organ Music, using different methods to translate these phrases into musical ideas which I then transformed, layered and looped to create the whole piece. In a way, I like to think I've 'transcribed' the poem into music through my own personal viewpoint. I tried to be efficient and minimal with how much material I chose in the first place, to create a piece which is direct in a similar way to Ginsberg's delivery of his poetry, avoiding traditionally explicit or overtly fussy modes of expression. I also tried to capture some of the ephemeral, and at times delicate nature of this specific poem by focusing on blurring and refining different textures throughout, something which this ensemble lent itself very well to.

I suppose composer does reflect what I primarily strive to do, in that it means someone who writes music. I optimistically hope that in the present day it can be understood to mean something more than the pale, male and stale idea of the 'composer' who writes conservative music for traditional ensembles to play in the concert hall, and reflect the breadth and vibrancy of compositional practice today. My artistic work covers things as diverse as improvising, making electronic reworkings of pop songs I like, collaborating on multimedia projects (and not just in a musical capacity), performing, curating concerts, as well as composing in a more traditional sense. I therefore might prefer just 'musician' or even 'artist' as more general and catch-all terms, especially when I am reminded of how conservative musical circles can be sometimes - but I like to think that the word 'composer' could be understood to cover all of these things in 2018

Find out more about Joanna on her British Music Collection profile

Joanna's piece to think at the sun will be performed at Sage Gateshead on the 27 January as part of New Year New Artists buy tickets here.