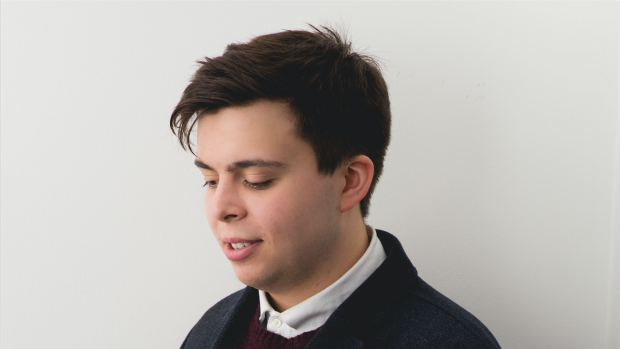 I think originally out of a frustration with learning to play the piano. I started songwriting around 9/10 years old for my primary school rock band and then when I switched schools I took up lessons in both jazz piano and guitar, for which both of my teachers, Edward Chilvers and John Parkin, gave me a real focus on composition and improvisation as a way into music. Over time my compositions got more complex and I started to notate them more until, without really realising, I morphed into a “composer”. And slowly the music I liked to listen to changed also - I specifically remember going to watch both Britten’s Sinfonia Da Requiem and the Rite Of Spring at the Proms when I was about 15 and that changed me from a Red Hot Chili Peppers obsessed teen to someone keen to explore 20th century music. I also remember singing in Verdi’s Requiem when I was around the same age and the harmonic and dramatic language of that got me hooked on something I am still trying to figure out.

I think that, though it is perhaps more common nowadays, it is interesting that I didn’t come from a “classical background”. I still have an affinity for songwriting, Jazz (especially fusion), theatre music, musical theatre and all sorts of other musics, which I am grateful for at the moment - though sometimes I feel a tension about my “style” or “identity” in the contemporary classical landscape.

Quinta was very interesting to work with from day one - she passed on a lot of information on what she likes to play and music that she appreciated and then specifics all the instruments she plays - that all fed into the final piece, although again some if it in very subtle ways. My original intention was for a Viola and Musical Saw solo role, But actually the approach I ended up going with was evoking the sound of the musical saw without actually using it; the violin trio play lots of glissandos which are right out of the playbook of the saw. And the solo role which Quinta plays is perhaps a more subtle spatial one than I originally conceived of; As the central violin she passes around these patterns and idea to the violins on the left and right of her, like a rotating sculpture where the centre keeps the whole structure balanced.

You completed your undergraduate studies and began a Masters degree in the past year. How has the Next Wave 2 programme influenced your studies?

In lots of ways - alot of them subtle. I think talking with other composers is always a good way to question your own practice (which is very healthy). I think (off the top of my head) my engraving abilities, my aesthetic ideals and concepts about form and sketching have all been affected for the better, mostly through conversations. Alongside that, I think the most immediate effect, which has definitely seeped into my coursework, is creating aurally interesting effects - always sparked by the music - in very musical ways on the page for the musicians such that it becomes fun to play. It is something I appreciate in the music of composers like Andrew Norman, and I feel the ending of my piece especially has an element of this. But that has transferred directly into 5 of the pieces I have written since starting the programme, and it came as a result of something I attempted, and failed to do well, in the first workshop.

Yes and no. Yes in the sense that I think the term composer is someone who produces a written record of their music for re-performance (or maybe re-contextualisation) - which is primarily what I do. I feel quite comfortable with the term songwriter also given my aforementioned route into composing. And I would count myself also as an orchestrator and arranger, which (very) broadly comes under the same bracket as composition for me.

But in another sense no.

Quite recently on my master's course the question by a classmate of mine of "why do you compose" was posed to a visiting composer. A faculty staff member (who I won't name) jumped in and said "if you have to think about why you compose, then you are not a composer". If that statement holds true then I am certainly not a composer; I get very interested in questions that many other composers have but I am not always compelled to express my responses in music - I spend days obsessing over whether I have chosen the right medium or form for something - sometimes it comes out as poetry or prose, sometimes drawings, maps, or diagrams, sometimes as something slightly more abstract. Sometimes they mix and match, but often not. When trying to directly address topics such as contemporary masculinity, political discourse, or encouraging sustainable practices (all of which I care about deeply), I want to find mediums that best cover the issue, which due to their linguistic element I don’t feel I can cover with music - though I may find ways in the future.

That problem solving is something I hold dear to my music - I like treating my music like studies whereby the music has a reason to exist, and the why and how are intricately connected. And music is often the medium I enjoy the most, know the best and can have a bit of fun with. It’s not a simple answer, and I’m not even sure the term artist even covers it, but I guess at the very root of it I like to create, and most of the time that’s as a composer. However sometimes I think that’s just as a person who cares about addressing ideas in their own way, and definitely in a way other people can engage with.

Find out more about Alex on his British Music Collection profile

Alex's piece Luminalia will be performed at Sage Gateshead on the 27 January as part of New Year New Artists buy tickets here.