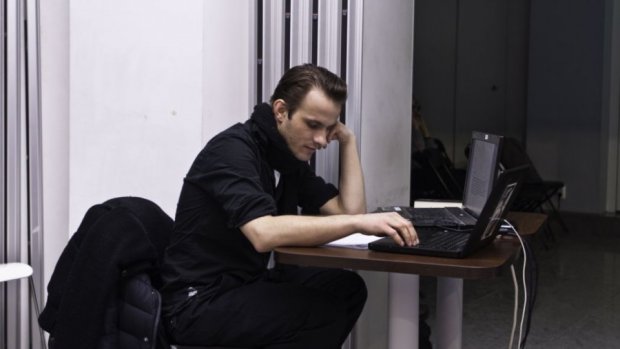 Michal Libera on composing and curating as a sociologist

"Somebody once told me an artist is the one who never stops. It's not easy obviously. But it has never been easy. " 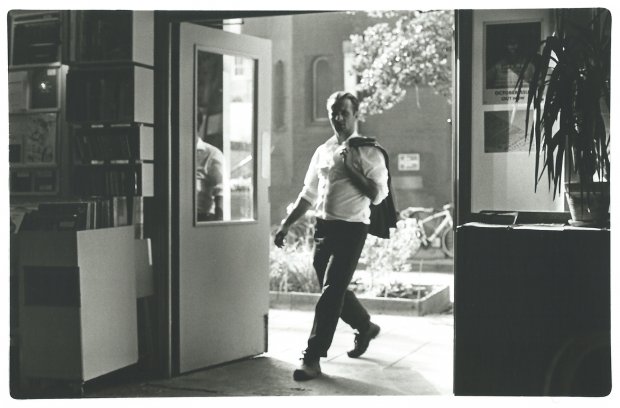 Michał Libera is a sociologist working in sound and music since 2003. Most recently he has been producing and staging sound essays and other experimental forms of radio art and opera which brought him to collaborate with Martin Küchen, Hilary Jeffery, Pete Simonelli, Ralf Meinz, Komuna// Warszawa and others. Libera is a producer of conceptual pop label Populista dedicated to mis- and over- interpretation of music as well as series of reinterpretations of music from Polish Radio Experimental Studio (Bôłt Records). He curates various concerts, festivals and anti-festivals and music programs for art exhibitions. Libera received an honorary mention at 13th Venice Architecture Biennial for an exhibition with Katarzyna Krakowiak and Ralf Meinz. Collaboratoring institutions include National Art Gallery Zachęta, Centre for Contemporary Art in Warsaw, Polish National Museum (Królikarnia), Galerie West in The Hague, Satelita in Berlin. His essays on music and listening "Doskonale zwyczajna rzeczywistość” were published by Krytyka Polityczna.

Biographically speaking – through curating. Or through frustration with curating, to be more precise. Musicians tend to think there are only other musicians / composers and promoters / organizers around them. It is much more ramified in visual arts, theatre, choreography, not to mention film. Trying to be a curator, coming up with ideas and concepts, I always felt in an uncomfortable position when suggesting anything content wise to a musician. Working as a curator, I was simply lacking a way to develop substantial details. More often than not, I  would discuss a lot of ideas with a musician before a concert ( including decisions about form etc...) and then see nothing of it taking place during the gig. So I simply tried to get a position where my word would count more which means that being a composer is just a more handy word to do things I have been trying to do anyway. I don't care so much for it. For me my work has always been about content which often lacks music -  because I think music is not just about pushing sounds around. It's not enough for me if the music sounds good. It should also be about something, and be doing something beyond emotional or physical aspect of composing and diffusing sound. So trying to achieve it brought me to curating, composing and even performing sometimes.

What has been the highlight of your residency with Apartment House?

Being troubled about how how to interpret several words of George Brecht's score – a process which I was experiencing for almost a year. And seeing that I am not the only one who can always and only fail in the presence of this brilliant score.

How have you interpreted the brief to respond to Dick Higgin’s concept of Intermedia?

It feels to me that the very idea of “word” is the perfect intermedia. It stands for a conceptual bond between what is visible, audible, thinkable, sensual, ideal and empirical.

Your pop sublabel, Populista, is “dedicated to music misinterpretation”. What do you mean by that?

John Tilbury once said that a task of an interpreter is to show a composer what he himself or she herself does not know about a score. Populista is exactly that – digging into the already existing music and seeing about where they can lead to, even though (or especially if) they did not lead there because of some technical or symbolical or psychological or musicological constraints of a given period. Think of Luc Ferrari field recording and then composing his pieces at home. Then think of playing these pieces back from the loudspeakers at his home and field recording them again. This is what Rinus van Alebeek has done in one of the early Populistas and it seems a good introduction to what it is in general.

You curate as well as compose. Do you feel like one more than the other?

I feel like a sociologist, which I am by education. I think that whenever I curate or compose or do something in between I am still first of all a sociologist seeking ways how to make sound work, how to be honest with what I want to say and do, what I want to articulate. Perhaps most sociologists don't think of sound as an persuasive tool. I do.

What is the new music scene like in Poland?

Busy, sometimes too busy. Redundant, like music scenes in most European countries. Can be charming, especially if you're not a frequent concert goer. Intriguing, at times. Conservative, almost always. Ramified. Segmented. Hierarchical. Boring. Full of fashionistic behaviours, in general. In detail, some great artists could and do appear. A way to spend an evening. A way to get a drink. A way to see what you don't like. But then can be thrilling. And then again – like nothing you want to have anything to do with. As everywhere really.

People singing and chatting while enjoying their drinks 5 floors down from where I live, orange marmalade scrounging in my kitchen, my girlfriend's computer keyboard typing – it all falls in the silence after a new Arto Lindsay album has finished and I still take time to change the playlist.

Somebody once told me an artist is the one who never stops. It's not easy obviously. But it has never been easy.

Doing exactly the same as when I am composing – just with my laptop closed.

No. Not even the word artist reflects adequately who I am. I truly am nothing more and nothing less than a sociologist.

Michal Libera is in residence with the Apartment House as part of Sound and Music's  Embedded scheme. It is a special international version organised in collaboration with the Adam Mickiewicz Institute as part of the Polska Music Programme. Read about it here.

You can find out more about Michal on his website and Soundcloud.

Michal Libera on composing and curating as a sociologist