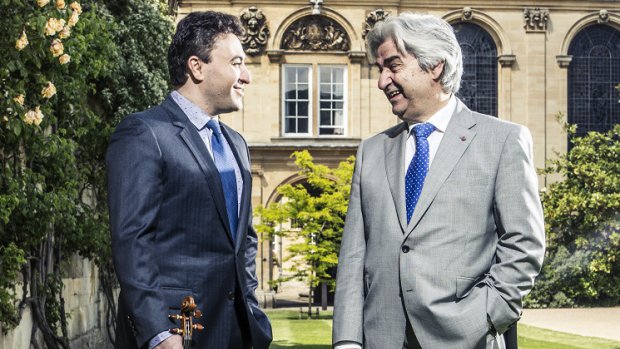 A list of the world’s new music capitals tends to feature global financial centers, icons of long-dead empires, or, increasingly, far-flung remote destinations - the population of which triples when new music festivals come to town, like circuses did in the past. Marios Papadopoulos, conductor, pianist, would add one more to the list: Oxford, UK.

“Oxford is where controversy takes place and if a new piece of music is to be heard and is to be applauded, then I would say it lends itself better than many other venues in the country,” the Oxford Philharmonic Orchestra founder and artistic director proclaims.

The Sheldonian Theatre is his stage for a list of collaborations that reads like a directory for the world’s top artists: Maxim Vengerov, Vladimir Ashkenazy, Martha Argerich, Anne Sofie von Otter – and these are only a fraction of soloists on tap for just the 2016-17 season. And with the next concert in Maxim Vengerov’s continuing role as Artist in Residence, Papadopoulos is now putting them to work playing new music.

“If you go back in history and look at what was performed centuries ago, you’ll find that Oxford acted as a host to quite a few world premieres of pieces which today are considered to be core repertoire,” he says, citing Haydn’s Oxford Symphony as one such, obvious, piece of proof.

The status of new music in the repertoire of the world’s professional orchestras is rapidly changing, of course: more are simply doing it. But the Oxford Philharmonic is perhaps unique in that it is attached to the University of Oxford, one of the world’s oldest academic institutions, known more for its demanding degree programs than its demanding musical programming.

Marios has cultivated the relationship since 2002 when the orchestra was first appointed as the University’s Orchestra in Residence, performing at the Sheldonian - usually the site of graduation ceremonies, not the first hearings of microtonal works. On a yearly basis, the orchestra reads scores submitted by the Music Faculty’s composition students, choosing one for a public premiere. This year, the orchestra will present Giulia Monducci’s ‘Versus’ in January 2017 and my own Violin Concerto with Maxim Vengerov as a soloist on November 10th 2016. Papadopoulos considers the workshops “a pillar of our residency program”, yet they are also a pillar of the Music Faculty’s composition program, which is otherwise isolated from the steady churn and culture of professional and near-professional performers found more in the London conservatoires.

Also refreshing is the conductor’s outlook: “what is also very important is not the first performance, but the second performance, and the third performance. When I look at a piece of music I want to see a quality that suggests a strong future for the work so that it is not a flash in the pan.”

In a world where the premiere is king, and the highest calibre artists are almost always reserved for standard repertoire engagements, Marios’ vision for the orchestra as one “in residence for the whole university, not just the Faculty of Music” puts Oxford on the map in an unusual way.

Naturally, the reality of being a “small fish,” as he puts it, forces the orchestra that he founded to face some realities. “It’s a very interesting situation. We obviously have to program new music in such a way that a new piece is introduced within the mix of a programme that also features other repertoire, so that there can be an audience there to hear it.”

As a result, Monducci’s premiere is set against the backdrop of Martha Argerich performing Prokofiev’s 3rd piano concerto. My Violin Concerto is heard back to back with Beethoven’s. But could these realities of programming actually be a blessing both for Oxford’s conservative tastes and the more daring goals of the living composers Papadopoulos champions? After all, the Sheldonian, which the conductor calls “an intimate setting where you can hear everything that goes on,” sounds like just the place to discover new music…especially in the company of some of the world’s greatest classical music names. 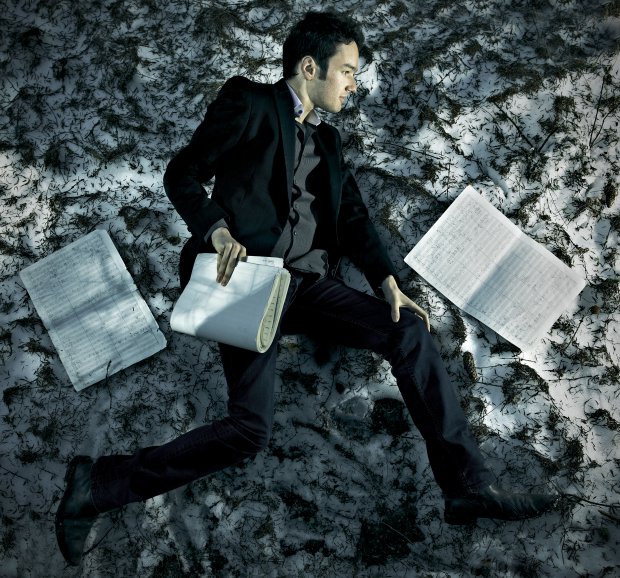 A composer of music of "high drama" and "intense emotion" (BBC), "at once, ingenious, hypnotic, brave, and beautiful” (Festival Internazionale A.F. Lavagnino), Eugene Birman (b. 1987) has written for symphony orchestras (London Philharmonic, Minnesota Orchestra), choirs (BBC Singers, Latvian Radio Choir, Eric Ericsons Kammarkör), and leading ensembles and soloists across four continents in venues ranging from London's Southbank Centre to Carnegie Hall to above the Arctic Circle. His highly public career, with appearances on CNN, BBC World TV, Radio France, and others, is characterized by a fearless focus on socially relevant large-scale compositions covering the financial crisis, Russian border treaties, and more. A Fulbright scholar and D.Phil recipient from the University of Oxford, he also holds degrees from Columbia University, the Juilliard School, and the Accademia Musicale Chigiana. For more: eugenebirman.com