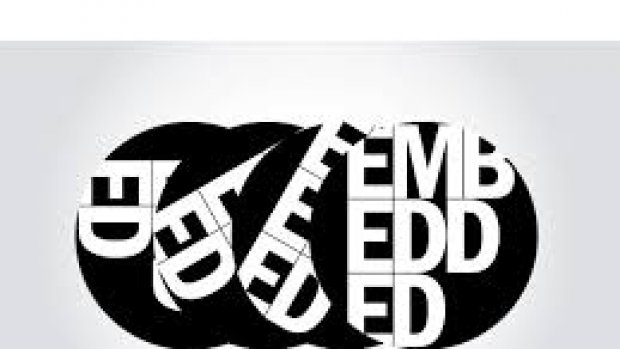 Having an excuse to get to know the British Music Collection is proving to be an utter pleasure. As the first Embedded Composer-in-Residence at the Collection it certainly took a while for me to find my feet, but this process of gradual discovery is what is so exciting as I continue the residency.

As a composer and music analyst the opportunity to explore a collection of thousands of scores and recordings is perfect for me. I’d like to give you just a flavour of the sorts of things I’ve discovered through the Collection and share some music I’ve written during the residency so far. At the beginning I really didn’t know where to start. I did a lot of searching of the online catalogue just to get a flavour of what was there (in fact, the catalogue is still the most useful tool for me). I decided to keep my composer’s hat on and look for some music that would inspire me and help with the music I was working on at the time.

A specific area I was keen to investigate was a way I could give my music some internal motion, some ‘push-and-pull’. I was finding that I would all too often produce overly-static music, when what I really wanted to do was create constant flux, a sense of sonic equilibrium created by continued changes in different parameters. The British Music Collection has a wealth of music by Richard Barrett, and in looking into his work I found one particularly striking example of the sort of approach I was keen to work with. inward is a work for flute and percussion that uses a huge array of instruments and extended techniques to paint what I hear as a picture made from hundreds of shades of the same colour. There’s a great performance of this by Rachel Beetz (flute) and Dustin Donahue (percussion) on Soundcloud that’s well worth a listen. I learnt a lot from looking at this and other related music. Some of what I’ve gained through this can be heard in a string quartet I was working on at the time. I had the opportunity to workshop this piece with the amazing Paris-based Quatuor Diotima. You can hear the opening of this piece here. (Points for spotting the – quite accidental – reference to Berg Op. 3 in the opening second violin gesture…) Later this year I will record the full piece with a British quartet thanks to a Bliss Trust / PRS for Music Foundation Composer Bursary. One of the first things I did as part of my residency was contribute to an article in Classical Music Magazine about the NMC / Sound and Music Digital Discoveries release, a collection of recordings from the Collection that acts as a pretty impressive demonstration of the breadth of this resource. I wrote about Philip Cashian’s Horn Trio in the article, which was also published on The Sampler Blog. This was my first experience of the Collection and it got me listening to a whole load of music I hadn't heard before – I would definitely recommend it to anyone. Get a taster with the video below (the Cashian is actually right at the start) then go and download it! There are loads of recordings in the collection that you can’t get elsewhere, making it a hugely valuable resource for ensembles and musicians who want to create imaginative programmes of British music.

Throughout the residency I always intended to write works that would keep me engaged with the Collection as a composer, not just a listener and analyst. Earlier this year I wrote two short pieces for recitalists at the University of York (where I’m currently completing ) that engaged with ideas from works in the Collection. Chaconne for solo viola was premièred at the York Spring Festival before its recital performance. It’s quite a laid back piece: imagine stepping from a hot, bustling city into a cool, resonant and empty cathedral, sitting down, and hearing it emerge. (I think that’s the best, if somewhat fanciful, setting for it.) So just imagine that… Now press play… This piece seems to distil ideas I was using in my music a number of years ago, and relates (to my ear) to Images through the door, a work commissioned for Richard Casey by Late Music in 2010. I’ve been reflecting on my own music from quite a while back, a consequence of the residency that I never envisaged arising. I see myself as somewhat of an ambassador for the British Music Collection, and I try to promote it to fellow composers and ensembles whenever I can.

I have given a talk on the Collection, programmed works, and encouraged ensembles and individuals to use it as a resource. I’m also aware of how the Collection has to grow and remain relevant and useful, this new website and other exciting new developments being testament to this. It’s also important that music is added to the Collection, and that new British Music is positively promoted in the UK and abroad. Recently I organised a tour with Dark Inventions (the contemporary music group that I co-direct) which featured music by young British composers as well as a major commission from Philip Cashian (Firewheel, funded by the Britten-Pears Foundation). Organising the tour whilst also being in residence at the Collection – apart from being a lot to juggle – proved an interesting experience that meant a lot to me in terms of linking up what’s happening now in British music to what has happened over the last 50 years to get us here. Being part of the commissioning process has been a real insight into how much the Collection actually represents. From first deciding on a composer to approach, through the hard work of securing funding, to actually performing the piece, this proved a fulfilling and inspiring process – to think the Collection represents some from of this process for thousands of works is pretty humbling. In fact, as part of the tour we ended up commissioning works from five emerging composers, including three New Voices (another project associated to the Collection) including myself. I’m now working towards a large-scale new work to be programmed with other pieces from the Collection – more details of the piece and the group I’m working with soon.

In the meantime, I’m off to the International Association of Music Information Centres conference in Wrocław, Poland in October to talk about some of the music. This will be a great opportunity to hear what else is going on with other music information centres around the world, to find out more about a whole load of new music, and to show off what British music has to offer. The British Music Collection is proving an amazing resource for me as a composer, musicologist, avid listener, performer and producer: I would really recommend you have a look around to see where it will lead you.