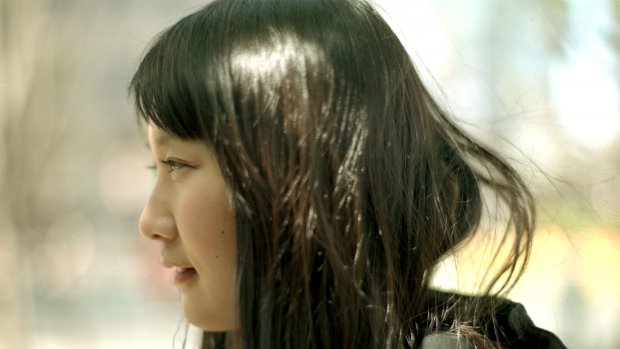 Mari Ohno Explores the Boundary Between 'Living' and 'Non-Living'

"I always start with the aesthetic question rather than scientific interest. Although what I made in this piece is a ‘tool’ that allows us to perceive a natural environment through the microphone feedback, the main object is ourselves. I wanted the audience to feel the invisible nature through sounds."
New Voices 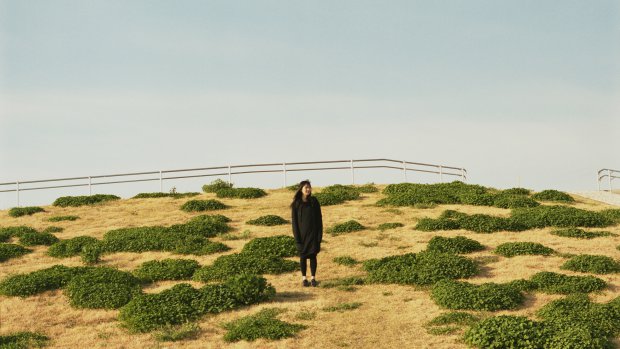 Every year, Sound and Music shine a light on the work of the composers who are currently in residence on our Embedded and Portfolio programmes. These are our New Voices of 2016. They are creating new, exciting and innovative music, across disciplines, all over the UK.

Mari Ohno, Japanese composer and sound technology enthusiast, has been working at Café OTO on Embedded. She’s performed twice at the London-based new music venue, showcasing works that she describes as “bio-sonic…microscopic live painting” and “a chain of physical reactions”. Ohno, and her work, is mainly invested in the exploration of “the boundary between living and non-living”. Utilising digitally manipulated biological sounds – such as her audiences’ bloodstream – she tests whether it’s possible to perceive a sound as living or not after decomposing the components of the sound. Though Ohno integrates science and perception with electroacoustic composition, she always begins with the ‘aesthetic question,’ stating that in one piece, “Although what I made…is a ‘tool’ that allows us to perceive a natural environment through the microphone feedback, the main object is ourselves.”

How would you summarise your music in a few sentences?

I am working in the area of sound and science to explore the boundary between living and non-living. Most of my works are sound installation and performance, which are focused on the cross-discipline areas of sound, computational, and biological arts.

You’ve been working at Café OTO on Embedded as composer-in-residence. What attracted you to apply for the residency?

I felt I could develop my social engagement in the field of experimental music. Before I moved to London from Tokyo in 2014, I was not familiar with the scene in this area in the UK. Through the residency at Café OTO, I could meet many sound artists and learn through their performances.

What kind of things have you been working on whilst at Café OTO?

I have performed twice at Café OTO during this residency.

The first one was ‘a chain of physical reactions’ performance in December 2015. I performed using sounds powered by coffee grounds consumed at Café OTO.

The second one was a bio-sonic performance in July 2016. I did microscopic ‘live-painting’ to make chemical reactions for the sound generation.

Many of your works – compositions and installations – utilise electronics and technology. How did your interest in such a musical field take form?

I am interested in various dimensions of the boundaries between the living and non-living. To explore this, I need to use electronics and technology to translate these boundaries into a perceivable form. I am very interested in the output in using these technologies.

You also use normally inaudible sounds to constitute your work, stating that you would like to perceive them as ‘tools to verify the existence of nature’. Would you say there is a scientific/discovery-based element to your work?

This is the concept of my sound installation acoustic cluster, which I presented at NIME in 2014. I always start with the aesthetic question rather than scientific interest. Although what I made in this piece is a ‘tool’ that allows us to perceive a natural environment through the microphone feedback, the main object is ourselves. I wanted the audience to feel the invisible nature through sounds.

You’ve just had your session at NIME on July 10th where you talked about a composition of yours titled Floating Sound, which was created using the sounds of the composer’s bloodstream. It’s an expression of ‘another reality beyond the boundary of the animate/inanimate’ – can you elaborate further on this?

I recorded the sound of my bloodstream, and made an electroacoustic composition using a kind of sound sequencer that consists of the bloodstream sound. The sound source is living material, but I was interested in whether we could perceive the sound as living or not if I decomposed the components of the sound via computation.

Your installation Bio Effector is also responsive to its visitor’s bloodstreams when they come into contact with the sensor. The concept of the work is ‘expression of our internal body’. How did you go about bringing such an idea into reality?

bio effector is one of the processes after floating sound in a series of bloodstream projects.

I wanted to make more environmental ‘sound compositions’ using natural sounds that could be heard through a physical system. In electroacoustic composition, the sound range is limited depending on the speaker’s specifications. This is one of the interesting aspects of speakers, but it also means we have to manipulate the real sound to match it with the specific speakers.

I tried to make a speaker-like system so that we could ‘hear’ the real sounds of the audience’s bloodstreams as their bodies were influenced by the environment, where I included visual and vibration elements.

What’s the most challenging thing you have encountered whilst working with biological stimuli, and the most interesting thing?

The challenging thing is everything. Every piece makes me try new things in order to deal with the biological materials, and every time is not the same – even in the same piece – depending on the condition of materials. But that is the nature of the process, and it is therefore also the most interesting thing.

Mari Ohno Explores the Boundary Between 'Living' and 'Non-Living'