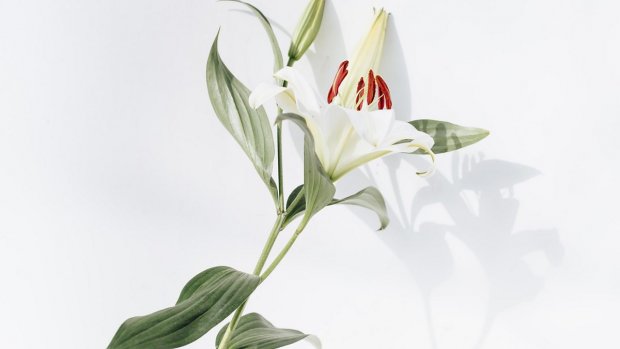 Francis Chagrin award-winner Hugh Sheehan breaks down his BBC Arts commissioned piece 'Lost Time' - which explores the time lost and experiences gained by LGBTQ+ people in getting to truly be themselves.

In August 2019 I was commissioned by BBC Arts and Arts Council England to create an audio work for their New Creatives programme. The piece was to explore the time lost and experiences gained by LGBTQ+ people in getting to truly be themselves.

LGBTQ+ people often don’t begin their lives being who they would really like to be, doing anything possible to blend in, for fear of reprisal or admonishment. This can mean that experiences are delayed, to be gained much later on in life, once issues of self-acceptance and stigmatisation are overcome. This is a notion that I call Lost Time and was thematically what I wanted to explore with the work.

I spoke to four members of Birmingham’s queer community for about 2 hours each, all of whom I’d found through social media callouts or by contacting LGBTQ+ community groups. I audio-recorded the interviews with lapel microphones and a mobile interface - purchased in part by the generous support of Sound and Music’s Francis Chagrin Award for which I am so grateful! After the interviews I collated all of the audio in Ableton Live, a digital audio workstation (or DAW) and began to go through the dialogue, selecting what I was to include in the piece. This process was actually somewhat akin to my electronic composition method; I like to collect large banks of sounds from which to draw, creating a rough collage of audio which is gradually whittled down, arranged, and sculpted. The interviewees were: Ann, a 56 year-old transgender woman; Khakan, a 49 year-old gay man; Mieks, a 30 year- old non-binary person; and Becky, a 39 year-old lesbian woman. Their stories were inspiring. Each of them could have had an hour-long documentary made about their lives, but, alas, I had a maximum of 15 minutes or so to focus on the notion of Lost Time.

I had begun composing the music concurrent to conducting the interviews, and had focussed on palettes of sound and motifs for corresponding specific topics from the interviews: Coming Out, Self- and Societal-Acceptance, Problems Since Coming Out, and Catching Up, amongst others. I wanted to focus on the turmoil that many queer folks experience, but also the elation and the beauty in people finding themselves, and this duality and tension underpins everything that I composed for the piece.

Musically, I’m fascinated by magnifying the internal characteristics of sound; sculpting the intricacies and minutiae. Often, this is as much down to the recording process and treatment in the mix as it is the ‘scoring’. I engineered the work myself, experimenting with microphone techniques, and extensively iterating in the processing stage (treating the sounds electronically) in my DAW. ‘Scoring’ is also perhaps not the right term regarding how I approached this project. The piece was forged from a mixture of: improvisatory playing that was recorded and chopped up; traditionally notated and scored passages; and aleatoric/instructional processes enacted by myself or the other musicians featured in the piece. My recorded works generally follow this pattern, and are succeeded by extensive editing and iterating; perhaps my favourite part of the process. The digital artist Zach Lieberman talks about the importance of iteration in regard to his daily code sketches.These are small animations he makes with code and posts to Instagram. In a 2018 Medium article in which he talks about his practice, Lieberman says: “I feel like creativity is more about tedium, doing the same thing again and again, almost like a meditation, and that what matters are the shortcuts, the breaks, the changes, the alterations you make.” When I’m working on a composition such as this, the sounds I end up using are almost never instantaneous; they are the result of chipping away at the audio day-in day-out, iterating again and again, so that the outcome is a set of unique and idiosyncratic sounds.

I played harmonium, accordion, piano, synths and sing on the work and I’m joined by Bristol-based saxophonist Greg Sterland, and London-based guitarist Alex Haines and drummer Lloyd Haines. All three are good friends of mine with whom I went to the Royal Welsh College of Music and Drama. We have a shared history and they know and understand my musical sensibilities. Having collaborators who are sensitive to one’s vision, but can also augment it, and challenge one’s intentions and customs is something I whole-heartedly recommend to any composer (and indeed try to often remind myself). It is so easy to get into a cycle of working solitarily when creating music. Taking your work into a room with other musicians, like-minded or not, to be workshopped is almost always a rewarding and enriching experience, and can take your music to places it never would have gone otherwise.

I mixed the work with engineer Alex Killpartrick, with whom I also studied, and totally trusted to elevate the piece in a way only fresh, skilled ears can. After several versions of the piece, and lots of conversations with the production company and the BBC, it became what it is today. It was published on BBC Sounds in June to coincide with Pride. I hope you’ll give it a listen and perhaps share it with friends and family, queer or not. From marriage equality to increased representation in media, LGBTQ+ people have made a lot of progress over the past decade. But those gains conceal the fact that queer people still face rejection from their families and society in ways that can upend and ruin lives. Trans lives are currently debated in the UK press on an almost daily basis. For the mere existence of a person to be up for debate, for a person to have to continuously justify their humanity, speaks volumes regarding how far we are from acceptance from and embracing by society of LGBTQ+ people. Our rights and the cultural shifts we’ve seen are only as strong as the most vulnerable members of our community and queer folks’ voices must be amplified and their stories heard if we are to win the hearts and minds of those who don’t understand or reject us. I was so grateful to have the opportunity to help share the four participants’ stories, and I hope the piece goes someway in shining a light onto queer lives.