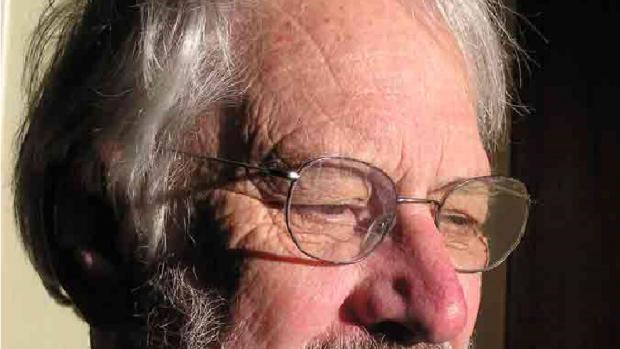 "...Lumsdaine's vision is, metaphorically, from before dawn to a rich sunrise, with clouds passing over, and wind coming in gusts..."

The meaning of the word mandala itself has a history. Its root, in Babylonian Aramaic, simply means 'knowledge'. In Sanskrit, via Buddhism, the meaning expanded to embrace 'self-knowledge', 'self-knowledge by meditation or in dreams', 'self-unification by meditation', and, in parallel with these developments, the means of doing so, by contemplation of a 'magic circle', often crafted in the form of a mosaic, within a square. Ultimately, it is claimed to lead to a knowledge of the universe!

Lumsdaine's five Mandalas could be felt to embrace virtually all of these meanings, mainly in the above sequence. Mandala 1 for wind quintet, written in 1967-8 but not premièred until after Mandala 2, was the first of what initially was not intended as a series. The overall structure seems indeed to reflect the history of the word. The piece begins on a bare 4th between oboe and B-flat clarinet, slowly moving to harmonic richness as the remaining trio intercedes, and reaching unification by the half-minute point. Thereafter, the music's dancing line travels through what could be imagined as an increasingly dramatic, colourful dreamland, encountering sunlit forest-like textures, then turning towards broad, open landscapes. And, as with dreams, the conclusion is simply a transference to another level of consciousness, with the horn's sustained D providing sharp contrast to all the preceding dynamic virtuosity.

Mandala 2, subtitled 'Catches catch', moves onto yet another level of consciousness. This was written in 1969 for the Pierrot Players – soon to become the Fires of London. The group was one of the first two music-theatre ensembles created in the 1960s, and Mandala 2 certainly aims to enter into that theatrical spirit. The subtitle refers, in musical terms, to an early type of entertainment – the 'Catch' – in which a round is sung to an exclusively male audience, structured in such a way that secret messages are suggested by exposed words. Here, the secret is simply the way the rounds, or canons, are constructed, in Lumsdaine's special rhythmically-controlled manner. The subtitle also carries, for this writer, an imagined meaning, since 'catch-as-catch-can' wrestling seems to relate to the strongly gestural nature of the music, with its element of gentle conflict. Flute, with its doublings, pairs with basset clarinet, in contest with viola and cello, in a sequence of brief 'rounds' of increasing energy, largely made of of strong, sometimes repetitive gestures. A climax in speed and energy is reached at the end of the 30th round, at which point the percussion, hitherto unheard, enters and takes charge, allowing a certain element of freedom in the passages between barlines, so long as everything reassembles at the barlines themselves. The music again moves to a tremendous, now almost unified climax before – as in Mandala 1 – drifting into a far more ethereal level of consciousness. A metaphorical 'universe', perhaps? It certainly seems to open up a whole new universe in preparation for...

Mandala 3, which was written in 1978 for the ensemble Gemini. The work uses a combination very similar to that in Mandala 2, with the addition of piano and the subtraction of percussion, apart from a Chinese temple bell. This deeply meditative composition, lasting 34 minutes, takes us round to the opposite side of the 'circle' from Mandala 1, and is possibly one of the most unconventional of Lumsdaine's works. In its original form it involved much freely-notated activity, and arose out of a piano piece he wrote in 1974, whose title, Ruhe sanfte, sanfte ruh' ('gentle rest') is taken from the final chorus of Bach's St. Matthew Passion. Rather than attempting to bring out the music's essence myself, I'll offer the composer's own words:

"It consists of three parts: Chorus, Sonata, Ruhe sanfte . The chorus is a somewhat anachronistic transcription of the original Bach for flute, clarinet, viola, cello and piano, which gives way to the formal Sonata played by the winds and strings. A Chinese temple bell occasionally drifts across the Sonata, as does the piano, with fragments of the Chorus. In turn, the Sonata gives way to Ruhe sanfte . During this last movement, the wind and strings offer quiet reflections to the piano's music and, towards the end, they complete the Bach chorus."

The qualities that make this haunting piece a very definite mandala are its meditative spirit, its circular journey and, most significantly, its attempt to discover unity between apparent disparities – an early example of so-called 'polystylism', perhaps?

With Mandala 4, completed in 1983 but first performed in 1991, we embark on a journey back towards our starting-point, by means of a beautiful 'landscape' created for string quartet. The music dances in elastic groupings, and there's a strong suggestion, though for the most part not an imitation, of birdsong, just as there was in passages of Mandala 1. There, it was a British 'soundscape'; here, it's definitely Australian, with clearly-defined song- structures creating a harmonic spectrum such as I myself have experienced while listening in the bush in New South Wales and Victoria. The textures are transparent; the motion, and the 20-minute movement, are continuous and quasi-motivic, and all material builds up, with a 'pause for breath', to a powerful climax of high, repeated seconds, with some sharp, shrill calls on the viola which could be warnings from a Pied Butcher-Bird – in the normal way one of the most musical of Australian birds. For these, the player is asked to use a large viola, with cello or double-bass bow, to increase penetration. Finally, a rising cycle of three chords on the violins and cello, losing synchrony, fades away over fifteen strokes on a Chinese temple-gong played by the violist.

'Knowledge of the universe' may seem an over-ambitious claim for Mandala 5, though not if we consider it to represent Lumsdaine's own compositional universe. This 24-minute work, completed in 1988, is for symphony orchestra with triple woodwind and a large percussion section, and it explores all the Lumsdaine techniques: cyclic rhythms, recurrent but ever-morphing harmonic sequences and their retrogrades, birdsong-type motivic structures, slow, spacious, expansive textures, steady growth, and, as with the first of the Mandalas, movement between what feels like sunlit forest and clear, cool light. When I first heard this work, it took me back to my leisure days in New South Wales, peacefully exploring the Ku-ring-gai national park. And my instincts were right, because it was precisely Lumsdaine's own youthful experiences in that same forest, I later read, that inspired the work. The score carries a short poem by the composer, crystallising this feeling:

the angophora grows out

of the sandstone cliff.

Growth is what the work celebrates, from tiny, fragmentary motifs through passages of radiantly colourful harmony and quasi- birdsong to warm, rich climaxes. But the process is not at all predictable, any more than the changes of sound and light in the forest of Ku-ring-gai are. Lumsdaine's vision is, metaphorically, from before dawn to a rich sunrise, with clouds passing over, and wind coming in gusts. Birds provide sudden bursts of melodic definition. The main harmonic sequences are heard most clearly a few minutes in, after the opening fragmented textures, and again towards the end of the work – a circularity which confirms the mandala formation. Otherwise they are there to support the structure cyclically from below, quite subtly. Subtlety there has to be, since this magnificent piece of compositional fantasy is, I am sure, intended to encourage deep meditation on the part of the listener. It certainly does so for the present writer, and moreover creates a beautiful completion to the five Mandalas' circular journey!

There is a fine recording of Mandala 5 on the ABC Classics label, by the West Australian Symphony Orchestra conducted by Albert Rosen: ABC 426 994-2.