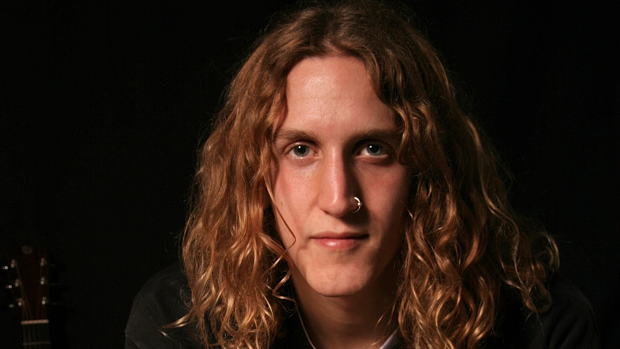 "In developing my own practices, and through a general interest in the lives and work of those whose music I most admire, I have frequently found myself transported by the details of another composer's writing habits"

Spotlights: How I Compose

Some like to do it at night, when they’re alone. Some do it in broad daylight! Some do it quietly in their heads, even while they’re standing there, apparently listening to you… Some like to talk about it, even can’t shut up about it. Others are very private about it, prefer to keep their lips sealed, like a spy, or a man with a guilty secret. But what the hell is it they actually do?!

It is a mystery…

Behind every composer’s study door lies an element of the unknown. As an audience we are privy only to the end result, complete, polished, a vision in tact, perhaps accompanied by some partly illuminating, partly enigmatic programme notes. But to understand the process that lies behind the composition, from the seed of an idea, to the finished score resting on the conductor’s podium, is to learn a new process with every composer, perhaps even with every new piece! And why? Because the simple fact of the matter is (and herein lies a key problem for any teacher of the arts), there is no right way to compose: the methodology is potentially as varied as the music itself.

In developing my own practices, and through a general interest in the lives and work of those whose music I most admire, I have frequently found myself transported by the details of another composer’s writing habits. Notably, I shall never forget that dual sense of awe and terrified incomprehension on learning that, whilst composing his Piano Trio, Ravel had remarked in correspondence to his student: “I’ve written my trio. Now all I need are the themes.” …how far this was from my own customs at the time! And may it be pointed out that it is sometimes helpful to give those closest to you a bit of perspective on what exactly your job as composer entails on a daily basis. It was a stroke of luck that I recently happened to listen, in the presence of my oftentimes-skeptical girlfriend, to an interview with the composer Marcos Balter, during which I was very pleased to hear him endorse, in the presence of those doubting ears, the importance of time spent lying on the couch, simply thinking…

Be they procrastinator or prolific, ‘Swiss watchmaker’ or medium of cosmic inspiration, changes in the demands of contemporary music, alongside a myriad of factors such as continual advances in technology, mean that the role of the composer is ever-shifting. Whilst, more often than not, the practice of writing music matches that most widespread notion of a solitary and private task, burning up the midnight oil under the guarding cloak of night (and more than likely developing a heavy laptop tan in the process), the doors are, perhaps more than ever, open wide to collaborators of increasing specialisation. Famously, those busy musical minds down at IRCAM have, for some decades now, been working hand-in-hand alongside scientists and computer engineers in order to realise their sonic demands; meanwhile, in substantially wealthier circles, Hans Zimmer casts off fragments of musical material to be embellished and orchestrated by his team of arrangers in an imitative fashion… who are the composers here, I often wonder… is there even a clear-cut line?

I recently wrote a blog for Sound and Music reflecting the doubts that from time to time (or more frequently for some) plague the mind of the composer. In the name of giving a more balanced and proactive viewpoint, I took it upon myself to write a kind of complementary article detailing my compositional process in full swing, from the initial spark to the finished score – with a strong personal interest in the varying practices of other composers, it made sense for me to first put my own to paper, in the name of sharing and learning from what generally remains hidden behind closed doors. My aim is not to assert any superior or failsafe approach, but simply to present a brief survey of what is potentially an open-ended field.

To this end, in a series of articles I’m curating for the British Music Collection over the coming months, I’ll be inviting a selection of composers to talk ‘nuts & bolts’ concerning how they go about writing, by guiding us through the creation of one of their latest works, from treble clef to double bar line. May these generous disclosures not act to demystify, but rather to enrich our experience of the music, through an appreciation of the very personalised toils and tribulations that lie behind each new work.

Described by the Musician’s Union as “one of the UK’s most exciting and versatile musicians”, Lee Westwood is a guitarist and composer whose wide-ranging output stems from a long-term tenacity for musical exploration. Lee’s works range from the Geometry-Music crossover of his multimedia exhibition ‘A Hidden Order’ (Saatchi Gallery, Athr, SCOPE) to a vast back-catalogue of intimate works for solo guitar; from headlining festival stages with Hip-Hop groups and Prog Folk acts (Dizraeli & The Small Gods; Le Juki) to commissions from some of the UK’s leading ensembles and choirs (LSO Soundhub; Joby Burgess; Workers Union Ensemble; Musarc; Riot Ensemble; Notes Inégales).

Lee Westwood
How I Compose