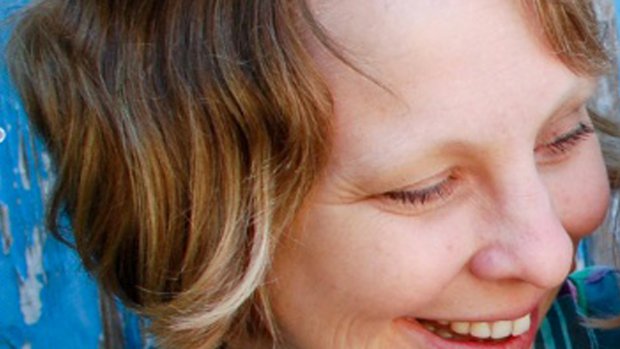 Laura Reid in Partnership with Kuljit Bhamra on Portfolio

"Music can sometimes be a vehicle in which to gather thoughts, gain understanding and try to make sense of the confusing world we live in.”
New Voices

Laura Reid and Kuljit Bhamra formed a partnership as part of our Portfolio programme. Still early on in the project, Reid discusses her aspirations and experiences with North Indian Classical music, and how the style can develop with more experimental approaches. After revealing a detailed and intimate insight to her approach to composition, she also touches on the political and cultural implications of ‘fusion,’ and how she feels experimental musics fit into our society today. “Music can sometimes be a vehicle in which to gather thoughts, gain understanding and try to make sense of the confusing world we live in,” she writes – and while discussing the divergence between the mass-media and the ‘avant-garde,’ such a statement is rather thought-provoking indeed…

Could you describe your music in a few sentences? How do you find ‘inspiration’?

Music for people: to listen, to play, and engage with. I find inspiration from everyday life, people, places, things and memories.

When did you first realise you wanted to compose music?

I enjoyed writing small tunes when I first learnt piano as a child, but didn’t think I was really supposed to do that as I wasn’t practicing the pieces… I wrote a song for my Aunt to sing as well, as she was in a pop band and she recorded it for me, which was very exciting. I had good teachers at school, but composing wasn’t really an option at A Level. It wasn’t until I went to University that I really thought composing was something I could try doing. My first composition lessons were with Augustin Fernandez and then Diedre Gribben. I then worked as a cellist, freelance musician and teacher for a while, then came back to study a bit later for an MA with Rhian Samuel at City University – and that is when I really felt engaged and inspired. It was a great time, just meeting new people and listening to all kinds of music.

When and how did your interest in experimental musics take form?

I was into indie bands and alternative music in my teenage years, but there weren’t many outlets for this. Being a student in Newcastle was a great time, as there were so many interesting people and the alternative music scene seemed to be thriving. I enjoyed the dance music scene, and played cello with improvising groups and DJ’s. I also toured with singer-songwriter Kathryn Williams for several years, and played on radio and TV.

I have previously played in experimental music groups such as the Improvisation group Ecosonic Ensemble (with Amara Guitry, Stephen Preston and Thomas Gardner), The Matinee Orchestra (Andrew Hodgson), and with sonic artists such as Owen Green, and with AV artists the Lightsurgeons. I have performed popular and folk music sessions and always enjoyed playing a wide variety of music. I recently participated in an improvisation performance in a Treehouse in the New Forest with Norwegian musicians Oyvind Skarbo and Nils Ockland which was good fun. I also collaborate with Steve Legget from Fourhands, Hizou was released by Claremont 56 in 2010.

In my undergraduate days at Newcastle University I was introduced to Northern Indian Classical Music through one of my tutors David Clarke, who organised a visit to hear musicians from New Dehli in Gosforth. This then led to workshops and I gained funding to study at Gurukul, which was based in Newcastle at a local GP’s house, Dr. Anand. This opportunity enabled me to hear a lot of fellow students and tutors also studying with my Guruji, Arun Debnath. I then had a few lessons with Shahbaz Hussain, and when I moved to London some lessons with Baluji Shrivastav. I learnt the music mainly on cello, but had a few introductory lessons on tabla. I was also fortunate to work in Southall for a while alongside many fabulous musicians at Ealing Music Service, which again introduced me to many more musicians and instruments.

What is it that you love about it?

Your interest in tabla and its musical origins attracted you to apply for the Portfolio programme with Kuljit Bhamra. How have you found working together so far?

Kuljit is really inspiring; he has worked with so many amazing people and in so many different contexts I find his approach and attitude very refreshing. I am really enjoying the experience, but can’t wait for the next workshop when we get to try out the sounds we have written in a practical workshop session. The ensemble he works with, Anne Denholm on Harp and Joe Richards on Marimba, is pretty awesome – in fact, they are all incredible soloists so to have them work as a trio is a real treat. I look forward to getting the piece finished and ready for performance in the autumn...

How do you approach a musical idea to bring it into reality? Can you describe your creative process?

I usually start with an idea first: either some sketches, or sounds, and words. Then play with the ideas a bit in my head, whilst doing chores, or going for a walk, then come back to them when I have the time to work on them in more musical ways. Sometimes I play around on piano or cello, or just with pencil and paper. I usually wait a while before inputting onto Sibelius as I often find this process can often be quite challenging, and limiting, sometimes.

Often I find it easier to get the whole idea in my head worked out before committing to paper, as then nothing can get in the way of the creative process.

I once heard Trevor Wishart speak about composing and his words stayed with me. They were something along the lines of, ‘anyone can have great ideas but not everyone bothers to write them down and make a piece of music with them’. This is often something I have to remind myself of, especially when time is so precious.

Bhamra is a pioneer of the East-West fusion genre, Bhangra. How do you plan to work together to produce more ‘experimental’ works that also follow a similar idea of ‘fusion’? (I.e. Tabla with electronics).

As an undergraduate I was introduced to Edward Said’s book ‘Orientalism'. It is necessary to be aware of the political/sociological implications when composing for unusual mixtures of instruments. However, I write for sounds I like, or am drawn to; I am not overtly conscious of my compositional approach, though I am sure everything we do has political resonances that we may or may not be consciously aware of. However, the people I meet and experiences I have reflect the music I write. I was quite active in the electronic music scene in Newcastle a few years back, and played cello for various people, so I really enjoy working in more experimental situations. My musical influences are diverse and reflect the integrated communities and cities I have lived in. The piece I am writing for Kuljit is currently for the trio, though I do have ideas that need to be worked on that integrate electronic elements, though this may not happen in this piece… We will wait and see.

In general, there can be certain connotations of the notion of ‘exoticism’ when working with ‘world’ musics. How do you work with – or around – such ideas?

Hopefully by writing a piece for tabla it helps to demystify the instrument as being some kind of ‘other’ or exotic element. I have not had the opportunity to travel to India, so it is an instrument that I have heard in the UK and I see it as part of the range of instruments available to a composer – hopefully not as an exotic addition but as an instrument that can be part of any ensemble. In my previous work as a cellist, I collaborated on an album Little Black Numbers by Kathryn Williams that featured tabla in some of the songs – it is really an instrument used quite widely in all music now.

In a broader sense, how do you feel experimental musics fit into our contemporary society?

It is essential. Not everyone wants to fit a stereotype, and that is really what most highly commercialised artists seek to promote: music as a brand, selling massed music to masses of people. Without difference, and music that seeks to promote alternative views, how can we promote tolerance and understanding difference? The problems of our society I think stem from mass media outlets feeding the public generalised views and polar opposites rather than offering room for discussion, debate, alternative scenarios, and unsung voices. Our politics is driven by mass culture and media; with a few individuals gaining most of the power and control. There is so much misinformation out there that it is hard to find any truth.

Music can sometimes be a vehicle in which to gather thoughts, gain understanding and try to make sense of the confusing world we live in.

What is the most valuable thing you have learned whilst working on Portfolio that you can take into your future career?

To make the most of the time you have. I had earmarked this year to focus solely on composing, but found myself being forced to move home this year (due to circumstances beyond my control). This experience, along with looking after my young son, has meant I have had to grab time when I can to compose. It is often seen as a privilege to write music and compose, and I suppose it is, but it also has to be a necessity or else you will never find the time! Also, that you cannot be all things to all people.

Do you have any advice for others looking to pursue a career in composition, especially in composing for instrumentation that is at first unfamiliar?

Just go for it.