An Interview with Sue Lynch

"Improvisation to me is a journey each time, that is followed by a memory"

Chapters: Beginnings, On Improvisation, Life and career, The Work, Inspiration and other thoughts

Seventh in the series:  Saxophonist and Clarinettist – SUE LYNCH

I started playing improvised music when I was at Coventry College of Art in 1979, as I had learnt clarinet at school and had recently purchased a tenor saxophone. The art college put on workshops run by Steve Beresford, Max Eastley and other improvising musicians and sound artists. I also went to Bracknell Jazz Festival and Lol Coxhill was running an improvised music workshop there.

Improvisation to me is a journey each time, that is followed by a memory. Breath and energy, or lack of, play an important part in improvisation. 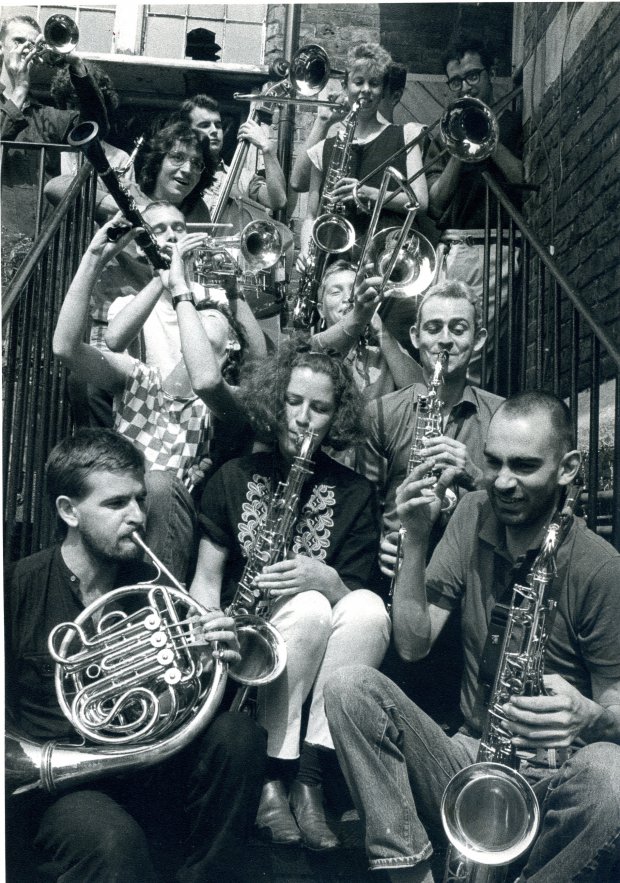 I grew up in Wiltshire, where I heard a lot of traditional jazz and popular tunes from 30’s/40’s being played in both amateur and professional situations, from people’s living rooms to pubs. I have been living in London since 1981. I moved to London as I wanted to pursue more music, and London seemed to have more opportunities than anywhere else and a vibrant music community.

Being a musician is my main job, but I also teach music part time and work as an artist. Having studied in the field of fine art, I have been exposed to a lot of experimental music, art and performance, which has helped widen my knowledge of the history and trends of more improvised music. I play jazz standards for weddings, parties etc, so have had to memorize a lot of well-known jazz tunes, which probably influences my improvisations. I also compose and arrange music, which affects my choice of instrumentation for improvisation 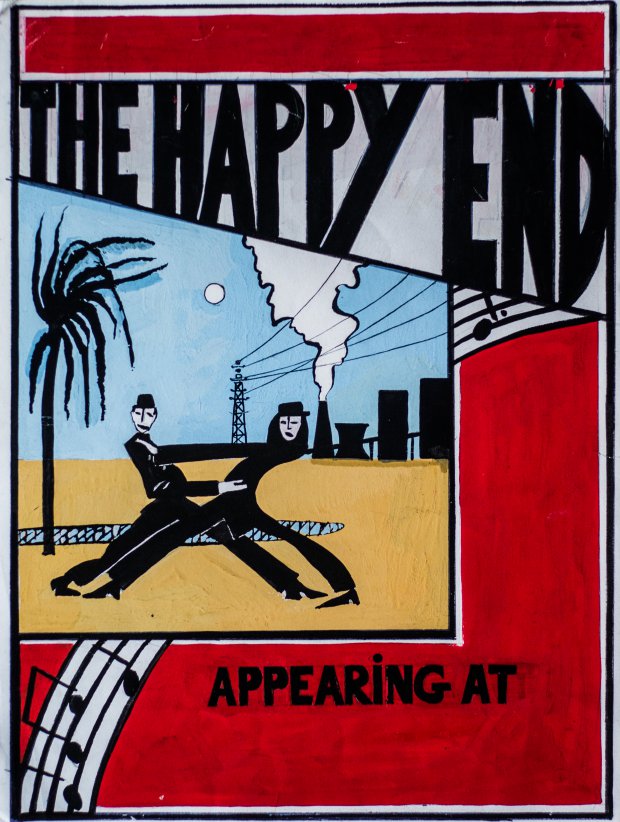 Since 2012, I have been running The Horse Improvised Music Club, with Adam Bohman and Hutch Demioulpied. This has given me the opportunity to listen to and collaborate with a wide range of improvising musicians.

I also attended Eddie Prevost’s Friday evening workshops for many years, where I came across a diverse selection of improvisers. From 1997-2001 I was part of Caroline Kraabel’s all women, large saxophone ensemble ‘The Mass Producer’s’, which involved using a lot of extended saxophone techniques. In recent years I have been working with Hutch Demouilpied, Adam Bohman, Richard Sanderson, John Edwards, Sharon Gal, Caroline Kraabel, Steve Noble, Verity Susman and Adrian Northover.

In the early 1980’s, I joined a big band called The Happy End, which performed political music, such as the music of Hanns Eisler and Kurt Weill. The band toured a lot and was prominent during the miner’s strike of 1984.I also designed and printed a lot of the posters for the band as I ran a silkscreen workshop in the Ambulance Station on the Old Kent Rd. I went on to do a lot of street band performance.

At present, I perform with afro beat vocalist Helen McDonald as part of her 70’s jazz and groove band, called ‘Future Groove’. I’m also a member of the cult band run by David Petts, called ‘The Remote Viewers‘ - formed in the 1980’s. In 2013 I recorded an album of duo improvisations with six women, based on a text from a poem by Sylvia Plath, called ‘These Lamps’.

My most recent projects have been at Iklectik Art Lab with The Horse Improvised Music Club and music ensembles that have arisen from this club, such as The Horse Trio, The Custodian’s of The Realm and a duo with Sharon Gal. 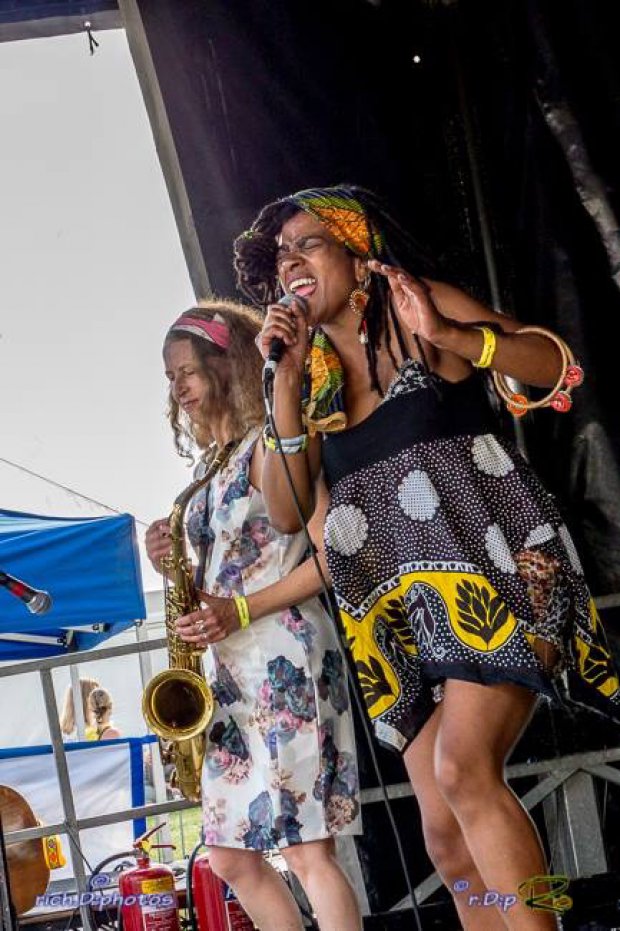 My favourite instrument I suppose is my tenor saxophone, as I’ve had it for twenty four years and it’s been around with me a lot; I bought it from a bloke in Leeds. I’ve also recently bought a second hand ‘Symphony 1010’ clarinet, which I like the look of and has a sweet sound.

Recently I have been working on exploring a minor 9th interval, both in fingered notes and harmonics, right over the whole instrument i.e. four octaves. I play around with tonal shades from sub toning to full tone, tonguing or slurred. I usually have some sort of rhythmic pulse in mind. I also have riffs that I work on in all keys that might use more elaborate fingerings. I sometimes try to incorporate altered techniques once they are under my fingers; I try to hear the sound before I play it, but often other sounds appear.

I also have one or two tunes on the go, to play in a few keys, either well known tunes, or my own tunes. I have transcribed a couple of solos in the last month, one by Bud Freeman (Honeysuckle Rose) and one by Lucky Thompson on Mingus’ tune ‘Weird Nightmare’ - it helps to make my fingers and mind go to new places. I try to memorise as much as possible.

I’m currently recording with The Remote Viewer’s ( Kraabel, Petts, Northover, Sanders, Edwards) and I have just finished recording a second album to be released on cassette in Italy, with The Custodian’s of The Realm, using text and instruments with Adam Bohman and Adrian Northover. I have also recently been working with some musicians from Berlin and Italy. 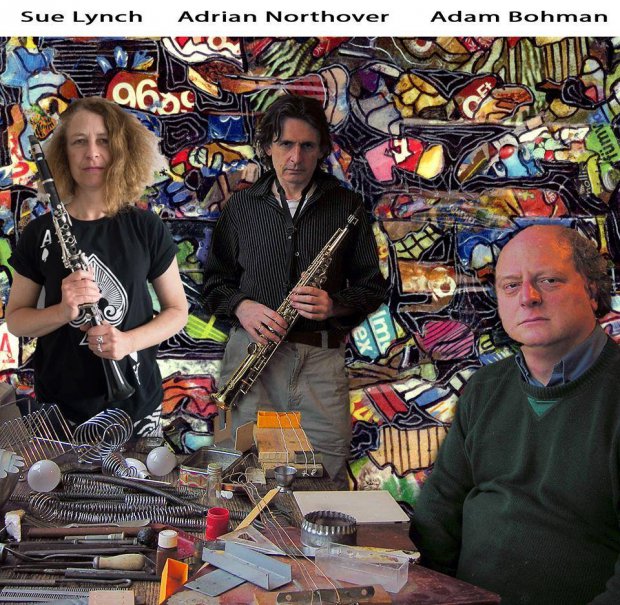 An Interview with Sue Lynch