An Interview with Cath Roberts

Chapters: Beginnings, On Improvisation, Life and career, The Instrument, The Work, Inspiration and Other Thoughts 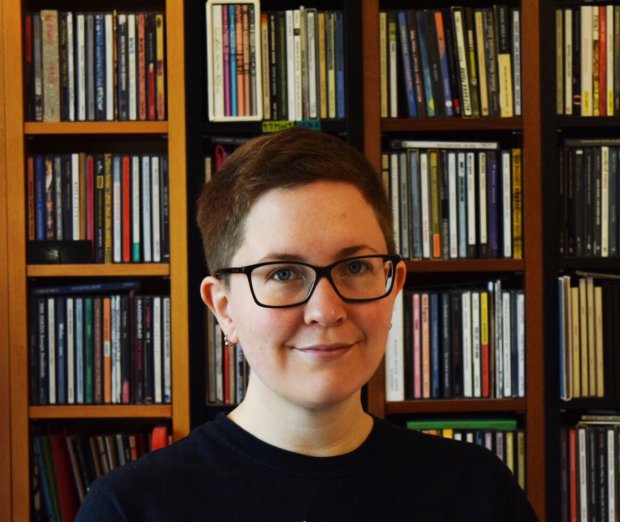 I have played jazz music of different kinds since I was at school, but in the last ten years I have become more and more interested in free improvisation. I listened to it and went to live performances for a long time and then finally began to experiment playing free myself about five years ago.

I see improvisation as instant (usually collaborative) composition....an important form of musical communication...and a group making totally improvised music can be like an egalitarian, non-hierarchical social organisation in miniature. 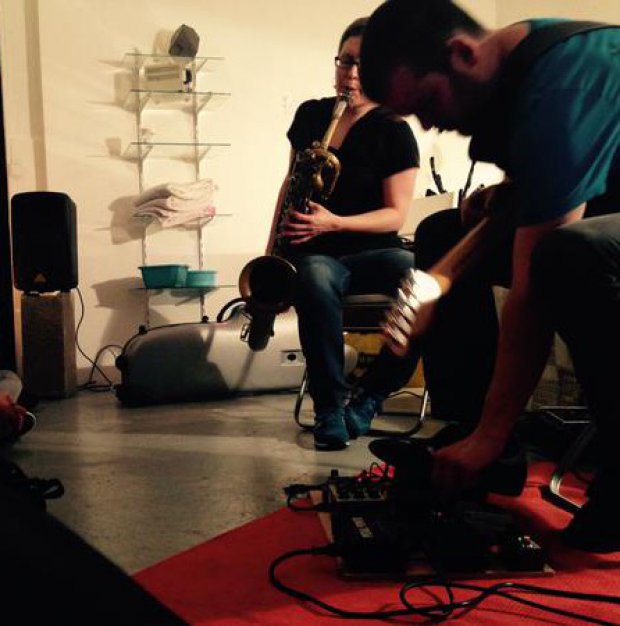 I am from the UK: Northamptonshire, in the Midlands and I've been living and working in London since 2005. I moved here to do a Masters in Cultural Studies at Goldsmiths. Being a musician is my main job, although only since the end of 2014. Before that I had various part time office jobs for a long time.

I am involved in organising a concert series (LUME) and associated projects. Although it’s music related, the majority of the work is administration! But it has been extremely beneficial as it’s helped me to meet many other artists, as well as developing my project management and fundraising skills etc – and this has fed into my own projects. 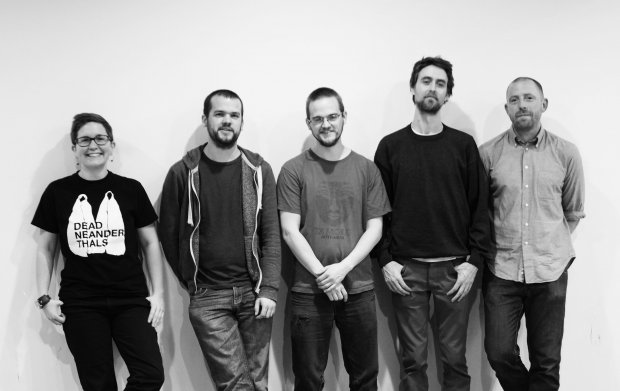 My main project in London has been setting up and running LUME with Dee Byrne – but overall I think it’s been my work with musicians from Manchester, as this has led to the formation of my current band Sloth Racket, and duo with Anton Hunter (Ripsaw Catfish).

My main collaborators are currently Anton Hunter, Seth Bennett and Dee Byrne, but there are many others too! 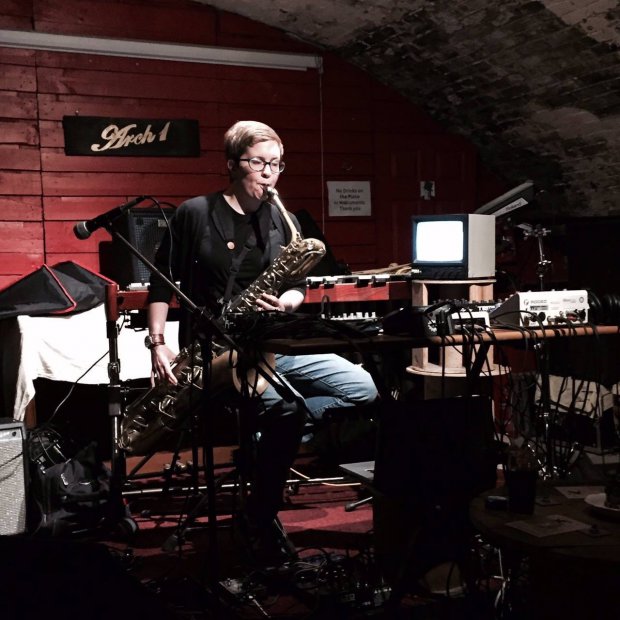 My favourite instrument is my baritone sax! I was originally an alto player and I bought the bari around 2009 I think – it was kind of on a whim (it was cheap) without any particular aim in mind. For a while I used it every so often on function/pop gigs, and then suddenly in the past five years it has become my main horn. I’m not sure how it happened! But I feel so comfortable on it that there’s no going back…

The thing that is preoccupying me at the moment is actually composition. I like to write music, so I’m exploring ways to integrate that with my love of free improv. I’ve been trying out different methods of producing compositional structures that allow the musicians to shape the music through their improvisation; striking the balance. At the moment I mainly do this by making semi-graphic scores for my band Sloth Racket.

My main project for the time being is Sloth Racket and I’m also working on a set of large ensemble music for my residency at Lancaster Jazz Festival this September (2016). 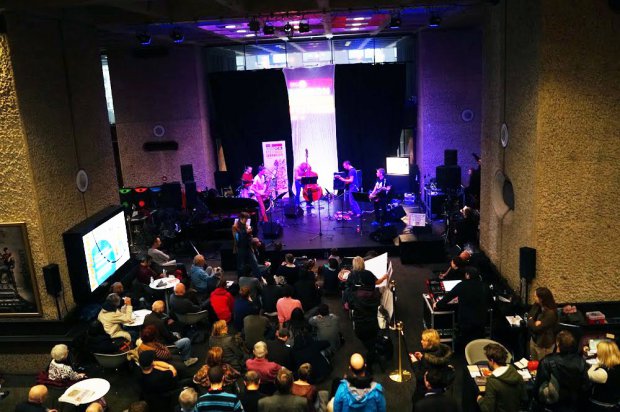 I always go blank when I’m asked about inspiration. No one person inspired me to try and do this really; I’m inspired by all the people I work with! Everyone who keeps going with it in the face of the current climate (especially in the UK). 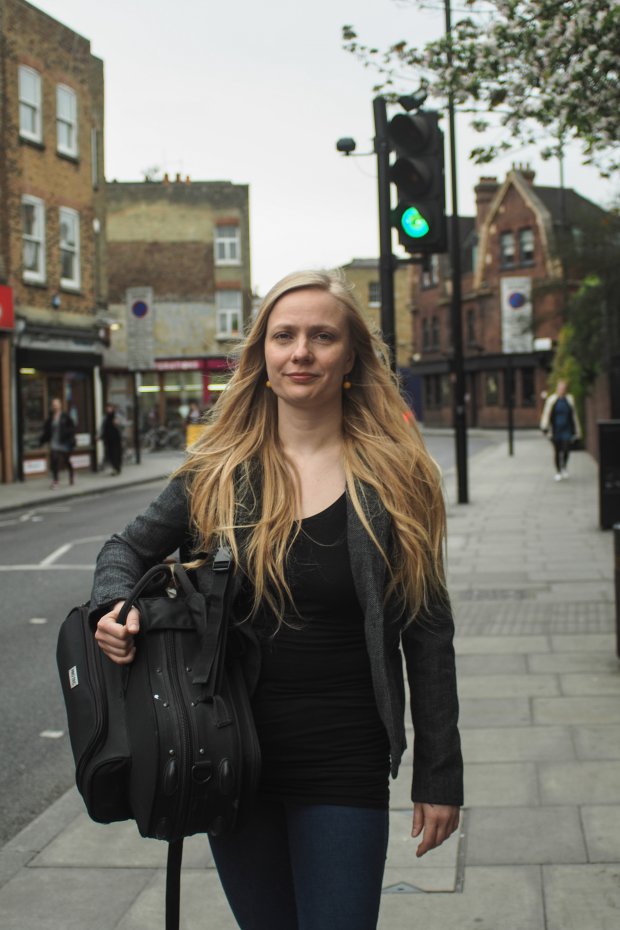 Julie kjær's edgy and thoughtful playing and ‘dark, otherworldly imagery’ (Jazzwise) has become increasingly evident around Europe, inhabiting ground between composition and free improv. Experimenting with extended techniques, sound and rhythm, she pushes her instruments to their limits.

She tours internationally with Norwegian drummer Paal Nilssen-Love and his Large Unit and she has toured internationally and recorded with Django Bates and StoRMChaser. Currently her main focus is on her trio, Julie Kjær 3, with bass player John Edwards and drummer Steve Noble. They just released their debut album on 14th March '16 on Clean Feed.

Julie also plays with London Improvisers Orchestra and is a leader and side woman of several other English and Danish ensembles. In 2014 she was chosen to be a Sound and Music “New Voice” Artist and was chosen as a featured composer by the British Music Collection.

Thanks to: all the musicians involved, Angharad Cooper & Sound and Music & Paulo Duarte.

An Interview with Cath Roberts