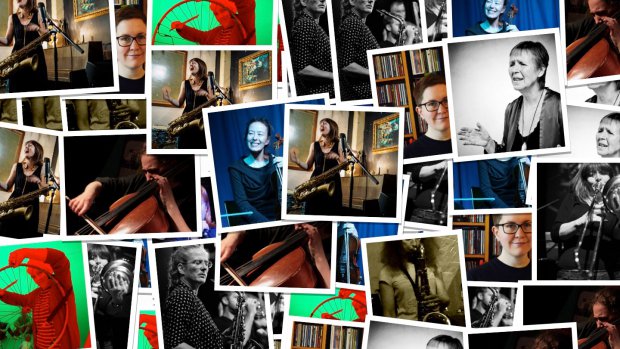 An Interview with Caroline Kraabel

"Improvisation is life at its most alert and heightened."

This series explores the life and work of 10 female improvising musicians on the London improv scene. Each musician has been answering different questions about their music, work, career and thoughts about improvised music.

When moving to London 7 years ago I knew very little about the London improv scene. I started going to different concerts and meeting musicians, and a whole new and exciting world opened up to me.

The women chosen for this exhibition have all inspired me in some way, and have been very important to me and my career as an improvising musician in London. There are so many other great and important women on the improv scene in London that I could have included - if only the space and time allowed me to.

This has been a great opportunity to dig deeper and to learn more about these women and their music and what brought them to where they are today.

I hope you will enjoy the series!

I started improvising, mostly by myself, when I was a busker in the Paris Metro, aged about 21. Then I returned to London and formed a punk/indie band in which improvisation played a big part; this and meetings with improvisers such as Maggie Nicols, Thebe Lipere and John Stevens led to playing completely improvised music. 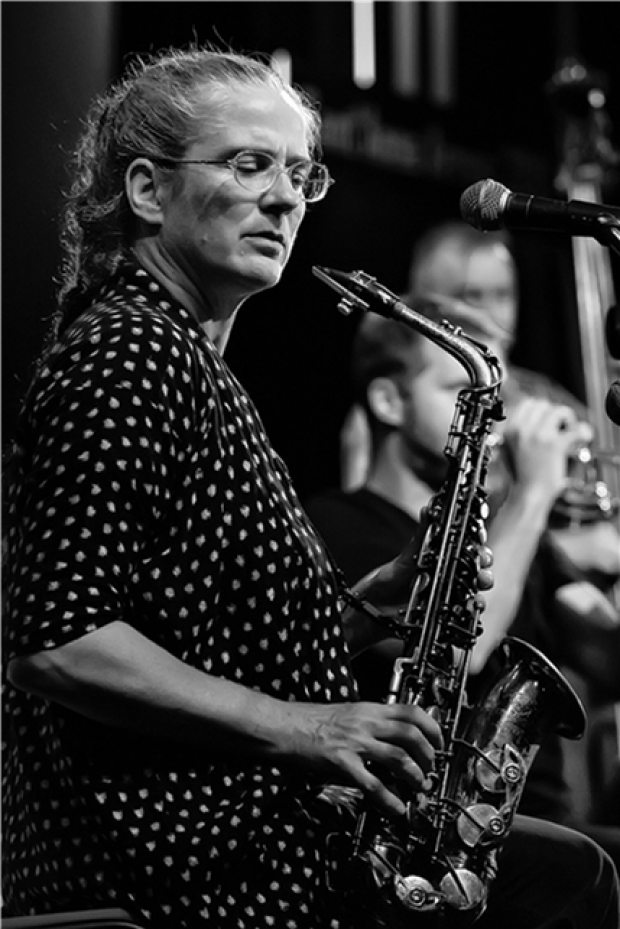 Improvisation is life at its most alert and heightened. Living is improvising. 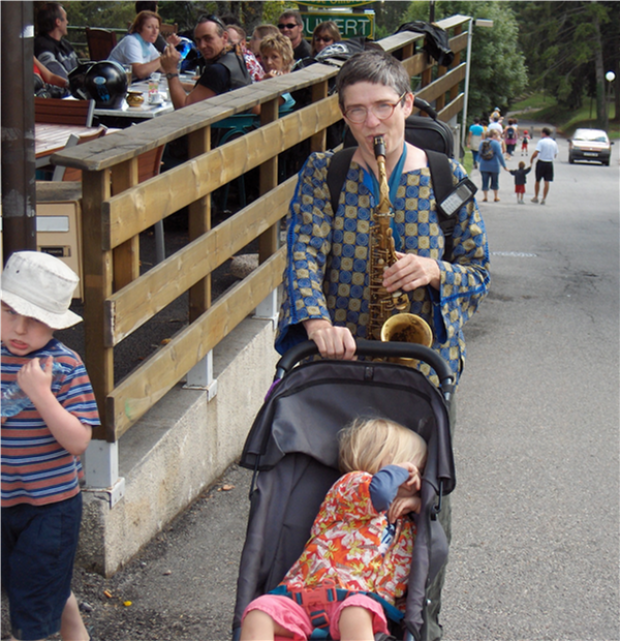 Photo: Caroline Kraabel Taking a life for a Walk 2004 Photo by J.Edwards

I grew up in Seattle, USA and came to London as a teenager in 1979, drawn to the punk scene. This is where I started playing a sax borrowed from the Swell Maps. I also lived in Paris, where I busked full-time (something I continued to do when I returned to London, and still do) and studied with Alan Silva and Aldridge Hansberry. Being a musician/artist has been my main job since then (1982?), but I’ve also worked as an analogue projectionist/ photographer /sound engineer/editor/translator at times – all jobs that one can do in between tours/gigs/music work, and that have contributed to my thinking about reproduction/synthesis/acoustics, and to my song-writing.

Main projects: being involved in setting up Resonance FM; Mass Producers (20-piece female sax/voice orchestra playing my own composed music, active 1998-2002); 50-minute solo composition/improvisation, Now We Are One Two, touring and recording over a period of several years from 1997; ongoing duo with John Edwards (Shock Exchange); Saxophone Experiments in Space, for 55 saxophones at Queen Elizabeth Hall; playing with and conducting the London Improvisers Orchestra for the last 20-odd years; improvising as part of Anri Sala’s art piece “3-2-1” for several months at the Serpentine Gallery, London; curating a series of concerts involving William Blake’s poetry, and images and improvised music by various groupings; Radio art - Taking a Life for a Walk; Recording an Impression; My Foolish Machine, all for Radia/Resonance FM; travelling to northern France with a group to play for residents and workers in refugee camps. 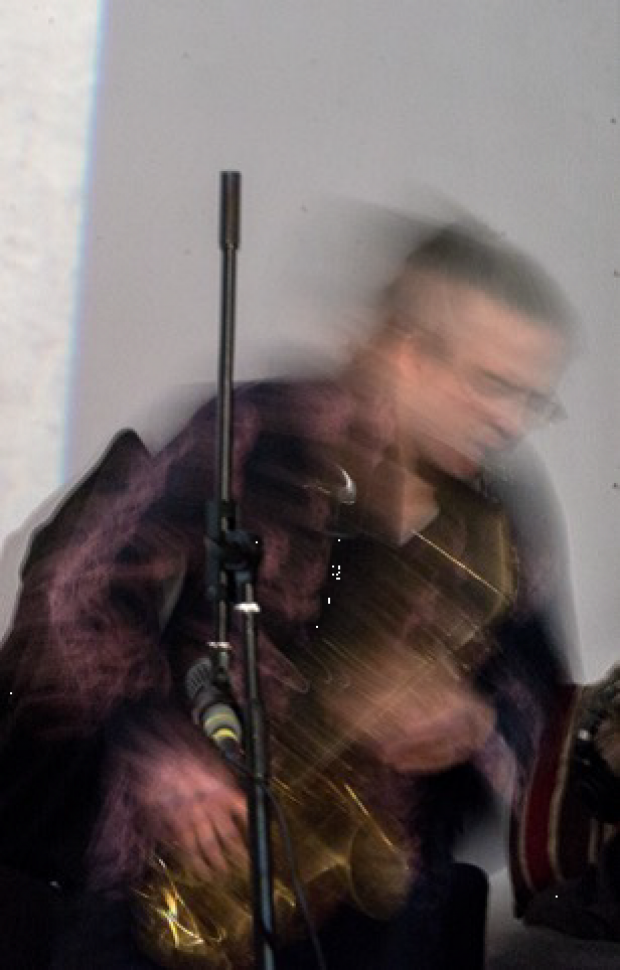 My favourite instrument is my own body. I’ve had it all my life, but it’s changed a lot. I didn’t choose it, but it chose music at a time when I thought I wanted to do something more cerebral, like writing or fine art... in fact my body wanted to be at the heart of action, sound and movement, and helped my mind learn to make music.

All my life I’ve been working on integrity. Trying to understand and, to some extent, reconcile or allow, the different and contradictory aspects of self and ideas which seem to conflict: silence/noise; listening/not listening; loud/quiet; self-belief/self-loathing; progress/stasis; audience/self; apartness/togetherness; recorded/live; body/soul etc.

My main project now is travelling with a group of musicians to refugee camps in order to play for the refugees. I am also planning to release a recording of my piece LAST, including my pre-recorded song performed by Robert Wyatt, played with improvising orchestra conducted by me; this was part of the fund-raising for the trips to Calais.

INSPIRATION AND OTHER THOUGHTS: 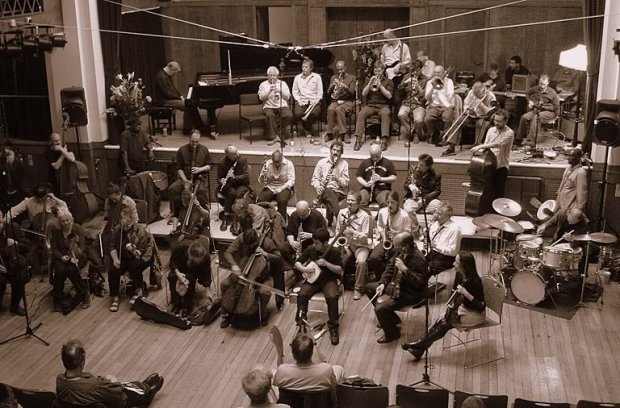 Although it’s getting easier to be a woman playing improvised music, there is still a real disparity in the reception of our work. Improvised music is less bound by convention than many other forms of music (though conventions certainly exist here, too), but in some ways this absence of conventions is precisely what militates against women. The listeners (who are still mainly male) allow their unconcious (or concious) prejudices about women to influence their perception of the quality of the music-making: a woman who improvises in an original way is likely to be ignored for being too odd or embarassing (where an original male musician would be fêted); a woman who improvises in a way that recognisably fits with or is descended from the “school” of European Improvised Music will be disparaged for being derivative of men.

An Interview with Caroline Kraabel