An Interview with Alison Blunt

"I’m strongly aware of being musically inspired by every-day stuff, overheard or chance conversations in the street..."

Chapters: Beginnings, On Improvisation, Life and career, The Work, Inspiration and other thoughts 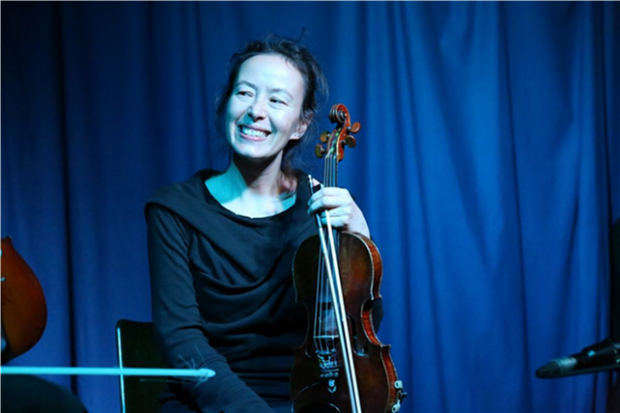 My first experience playing improvised music was when I was 18 years old - it happened in a music college audition. As everyone who has undergone the college audition process knows, the repertoire choice has strict guidelines. I found it pretty boring intensively practicing for and performing the same 3 pieces at each audition. In my final college audition I was in the middle of performing the required Mozart violin concerto movement, but on arriving at the ‘grand pause’ that marks the start of the cadenza (where most students including myself usually trill and move swiftly on with the score), something happened. I started making stuff up and got totally caught up in the experience, then I found a way back to where I’d left off in the score and continued as usual. I’d never done anything like this before. I remember feeling really exhilarated and ‘high’ walking out of the ordeal, thinking ‘What on earth happened?” At that point in my life I had no frame of reference for improvised music, and because of this and various other reasons, the experience disappeared from my thoughts until years later.

For me, improvising in performance is a kind of Glass Bead Game, a la Hermann Hesse. I find it sharpens the heart, soul and mind for the Glass Bead Game of life.

LIFE AND CAREER ON THE MUSIC SCENE: THE STORY OF MUSICIANS 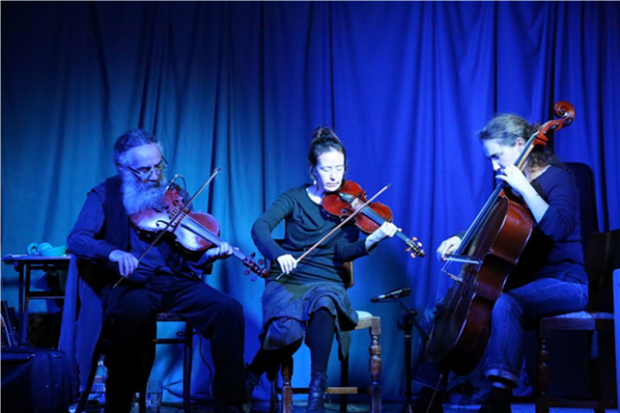 Originally from East Africa and subsequently Cumbria, I left rural family life to study Western European classical music - first in Birmingham and then in London. There’s a whole other story as to how I left my classical orchestral/quartet/chamber music aspirations behind. It was a kind of existential crisis in my life - that telling is for another time.

It was in 1993 during my first year in London that I started to explore creative music. The post-grad course that I took at GSMD involved improvising, composing and collaborative devising of music, so I was finally picking up from where I’d left off in the undergraduate audition several years earlier. That first year in London was full of opportunities to develop foundational creative tools and I’ve been mostly based in London and building upon these ever since. 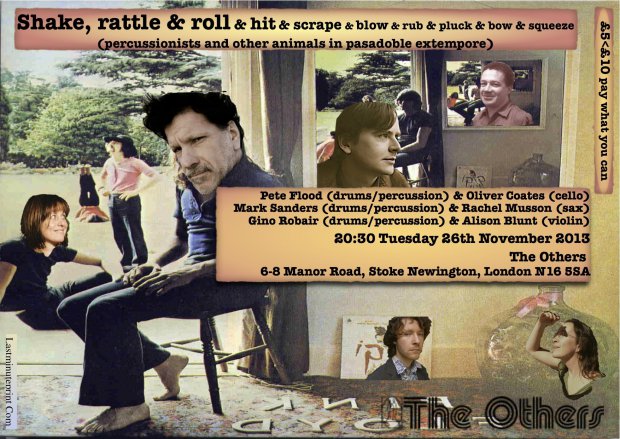 I’ve spent the last 20+ years composing, recording, performing and curating music that’s structured, freely improvised and everything in between. I've also been leading music workshops and devising and facilitating community music projects and professional development music training for college students, teachers and musicians. I think of being a musician as a vocation rather than a job. After all, it’s still a man’s world whatever we’re told to the contrary - and on top of that, the general attitude in England towards more experimental artistic work hardly encourages the artist - man or woman, to consider their activities to be a career. 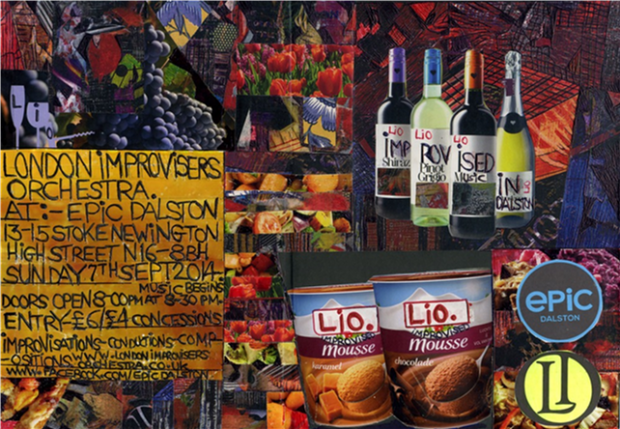 My activities facilitating music within the community and education spheres are as deeply important to me as performing, composing and recording. For me it has never made sense to choose between making music and supporting others in their music making. Each activity informs, challenges and strengthens the other; it’s all about communication. I feel that exploring music and movement with 0-5 year olds has probably mentored my creative life more than anything else. 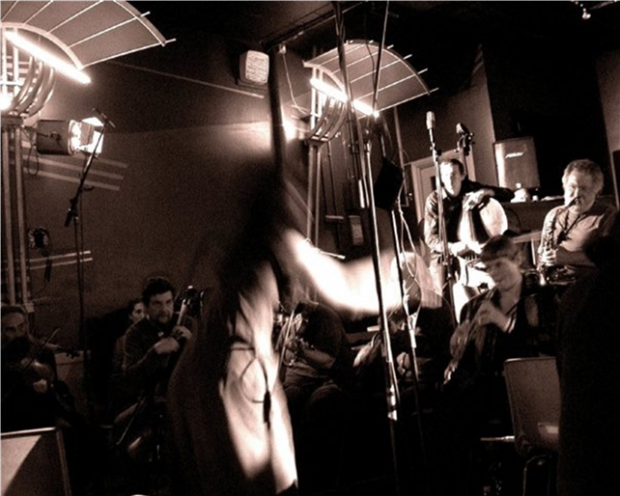 BARREL and London Improvisers Orchestra have held quite pivotal positions in my life as an improviser.

BARREL is a string project with violist Ivor Kallin and cellist Hannah Marshall. I’d played a great deal in duo with both Ivor and Hannah for years before our first time playing as a trio at the Freedom of the City Festival in 2007 and since then, we've played hundreds of concerts together as BARREL. This band offers me something really unique: an opportunity to explore a more Dadaist approach whilst simultaneously investigating and deconstructing most bowed string traditions. We've released an album with the illustrious label EMANEM and a second with Idyllic Records, the label connected to Artacts festival in St Johann in Tyrol where we performed a few years ago. It’s time we made a new record.

In 2005 I heard the LIO perform at Shifti, a mixed art form festival of improvisation at Warwick Arts Centre, and I was blown away. I joined the band soon after that and have learned a huge amount from playing with and conducting this astonishing, amorphous beast.

These two lynchpins in my London improvising life have led to an enormous amount of creative activity.

Many projects and performances have simply flowed from ongoing collaborations with Hannah Marshall, Ivor Kallin and the LIO community, such as those involving Tony Marsh (RIP), vocalist Viv Corringham, flautist Neil Metcalfe, double-bassist David Leahy, violist Benedict Taylor and German saxophonist Anna Kaluza who played with the LIO before returning to Berlin. Anna and I have continued to work together with fixed ensembles such as Hanam Quintet and Berlin Improvisers Orchestra, in addition to playing ‘ad-hoc’ formation concerts. I play fairly regularly with percussionists Mark Sanders and Terry Day, but my other main long-term collaborators are mostly main-land European artists. For example, a duo and several other formative projects with soprano saxophonist Gianni Mimmo (IT), a duo with alto saxophonist Audrey Lauro (BE) and a quartet with 3 Austrians - pianist Elisabeth Harnik, vocalist Annette Giesriegl and percussionist Josef Klammer (Barcode Quartet). These artistic relationships generally started in London, thanks to the monthly Mopomoso Club concerts and other catalytic intercultural improvisation events such as the Alpenglow Festival, supported by Sound and Music. In addition to more music-focused projects, I’ve always worked with improvising and experimental dance and theatre practitioners. Many of these collaborations have had a huge impact on my practice e.g. Guy Dartnell, Florencia Guerberof, Raquel Claudino, Tom Morris, Experiments in Spontaneous Performance, Julia Barclay Morton and Apocryphal Theatre Company, to name a few.

For several years I’ve been integrating my classical violin playing roots with my many other sound explorations. The main meat of my practice is scales, classical technical studies, a little repertoire – mostly JS Bach, and improvisation. I don't consider technique to be extended or contracted, it’s just technique. I listen to a lot of music from all traditions and in all genres. That, plus some simple QiGong and breathing meditation is my basic practice. 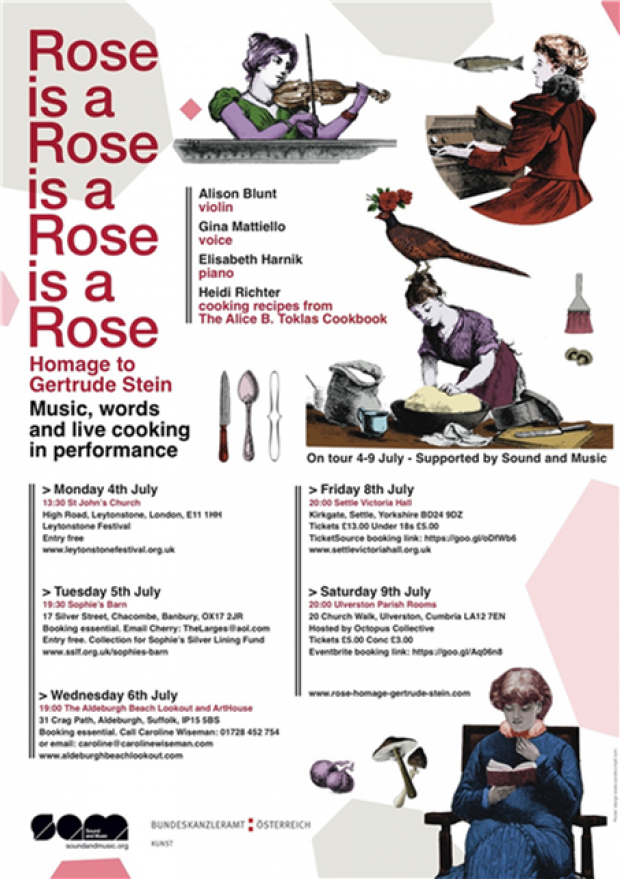 I recently produced a tour of a piece called Rose is a Rose is a Rose is a Rose - Homage to Gertrude Stein. This work brings together music, literary text (namely Gertrude Stein and Alice B. Toklas) and live cooking of recipes from The Alice B. Toklas Cookbook in performance. It’s been a rare and really exciting experience to tour a main-land European collaboration in England, and this was made possible by funding support from Sound and Music. Rose... was devised by Elisabeth Harnik, Gina Mattiello, Heidi Richter and myself in 2012, commissioned to celebrate International Women’s Day and first performed at an extraordinary historic venue, Kulturpension Prenning in Styria. Although there is structure and set material, improvisation is central to Rose... The tour took place 4-9th July and we are now planning performances for 2017. Please check out www.rose-homage-gertrude-stein.com for further info. 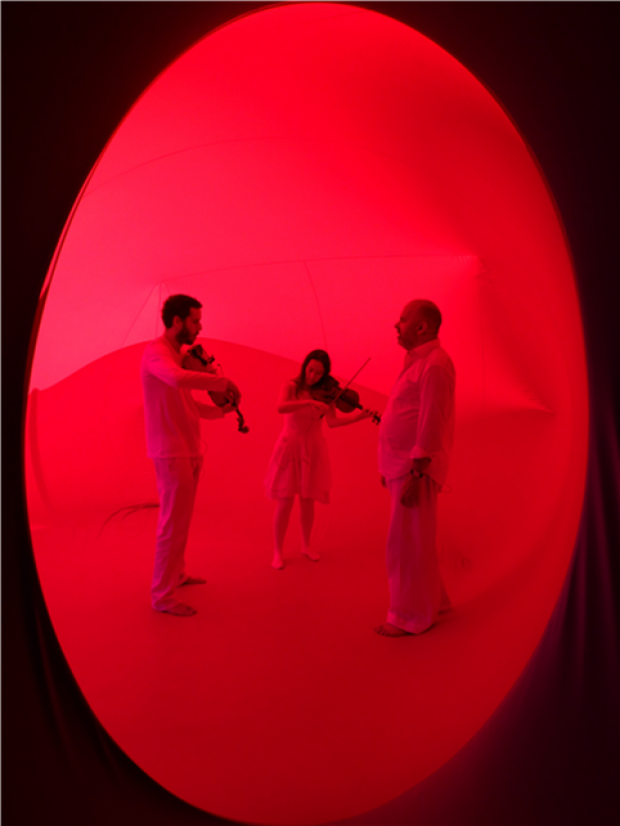 There are many artists whose music or other art I greatly admire, but I’m not consciously drawing inspiration from these when I improvise. I suppose they just naturally inform my playing in different ways. I’m strongly aware of being musically inspired by every-day stuff, overheard or chance conversations in the street, walking around, hanging out with my 6 year old nephew...and breathing.

An Interview with Alison Blunt