Caro C explores the signficance of Delia Derbyshire for women in electronic music.

I first heard about the late, great Delia Derbyshire via a DJ friend on My Space in the early 2000’s. As a solo electronic music maker, producer and performer I was often made aware of, and asked to answer for, the lack of women in my field. So it was great to discover that there is actually a lineage of female electronic music composers who were part of the pioneering and popularization of electronic music in the UK. These included Delia, Daphne Oram, Janet Beat and I’m sure many more.

In 2007, I moved to Manchester to study Sound Engineering. Whilst being booked to play at what was then Futuresonic (now Future Everything) festival, the nice man who booked me, composer/producer Tullis Rennie, asked me if I was aware that the archive of the ‘Godmother’ of electronic music was there (in Manchester). My interest was instantly piqued; I was eager to learn more about this and was most excited to listen to some of her lesser known works. I contacted the University of Manchester – the home of the donated archive – and asked if it might be OK for artists to explore and respond to the archive creatively. The university was most approachable and so the seeds of Delia Derbyshire Day were sown. I thought it might be interesting for female artists to respond to Delia’s work, as a foremother of our work, but not just electronic musicians – Delia’s music reached the masses via TV and radio and she was classically trained too. So I invited artist Naomi Kashiwagi and composer Ailís Ní Ríain to join the project. As a winning team, Ailís came up with the idea of a mini-symposium event and the great name of Delia Derbyshire (DD) Day.  The first DD Day took place in Manchester in 2013 and we have gone from strength to strength, with follow-up events in 2014 & 2016 as well as many touring events around England, and hands-on electronic music making courses and workshops. Most of our events are sold out, which shows great interest in Delia and her work, and we are very grateful to have received funding support from Arts Council England, PRS for Music Foundation, The University of Manchester and The Granada Foundation. 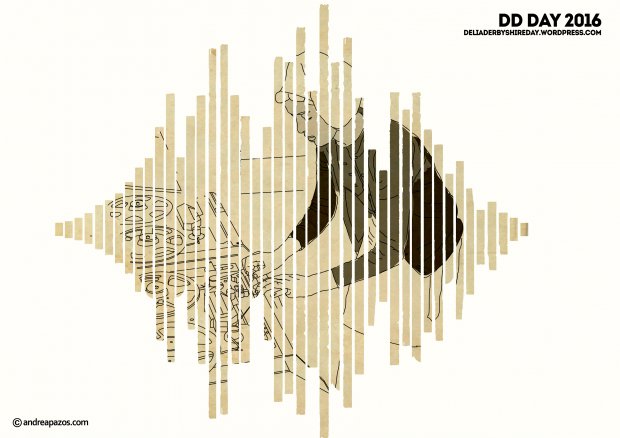 Delia Derbyshire Day is now a registered charitable organization with a board of trustees. I act as freelance Project Manager - fundraising, developing and delivering projects and events, whilst commissioning opportunities to produce and perform new music and visual art responses to the archive. Delia is consistently inspiring and surprising us, as we discover and uncover more of her fascinating work. For example, there were two new donations to the archive of films that were made, which Delia had composed music for. And for one of these films, Delia provided a piano score. It was still heavily processed with wonderful electronic effects, but it highlighted that Delia was more than an ‘electronic composer’.This film – “Two Houses” by Elizabeth Kosmian - was also made at a time when the standard narrative says that Delia wasn’t making music. I love how our expectations and ideas about people can be challenged.

I’ve learned through this project that I find archives exciting. They bring out the ‘Alice in Wonderland’ in me. I am aware it is a one-way street, and therefore largely projection, when absorbing and reflecting upon the works, and working notes, of another composer. Delia’s archive is so varied and you can feel and hear that she was so dedicated to her craft and job(s). Many items in the archive are recordings she made of radio programmes and music such as Pink Floyd, CAN and classical concerts.  These give us an insight into her influences and musical preferences, which are as much a part of her musical life as the music she created herself. Delia’s ethereal and slightly wayward music resonated with me straight away – probably because I make music that is authentic to me, and apparently quite surprising for others. She used a lot of found sounds/non-musical objects - and so do I. Apparently her favourite instrument was a Coolicon metal green lampshade, which has a lovely gong sound and the sound goes on for ages after striking it. Delia apparently studied the harmonics of this ‘instrument’ and then used these for a sublime piece of ambient music she made called “Blue Veils and Golden Sands” – possibly one of my favourite pieces by Delia.

It is important to remember most of Delia’s work was functional music – made to a brief for TV, radio or theatre. We tend to listen to it now as stand-alone music.

Like myself, Delia also worked with interviewed voices. The atmospheric “Inventions for Radio”, that she made with Barry Bermange, featured voices which become poetry. And some of these voices were a lot more diverse than those we associate with 1960’s BBC voices, which is something I particularly admire – this was a bit of a political act really.

And there was a sense of humour in many of Delia’s works, which I feel is important to keep sane - even if you are serious about your music/work.

So, to me, Delia is one example of a forerunner of experimental electronic music; someone who dared to be rare and bold and to enjoy her music-making job(s). She described herself as a post-feminist before feminism existed. I have designed and delivered music technology courses in primary schools using Delia’s Dr. Who theme, and her other TV themes, as inspiration for the children to create their own music. They are consistently enchanted and inspired by Delia and her music. As so nicely put by one pupil “Delia is inspiring because she was making music we would listen to now, but like 50 years ago. And it must have taken her ages, as we have computers now.” 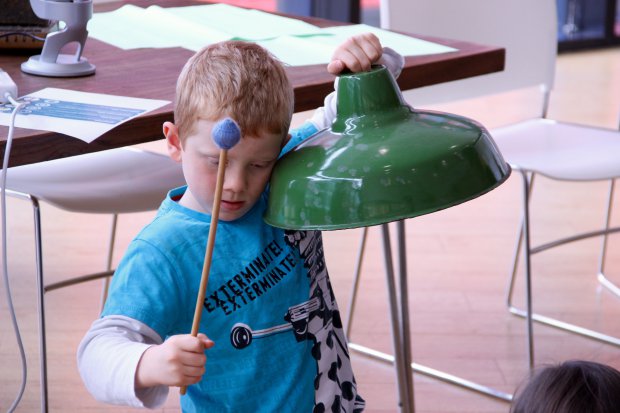 Caro C is an Artist, Engineer and Facilitator in sound and words. She released her third album “Everything Gives to Something Else” in May 2016. Caro instigated and manages Delia Derbyshire Day – a charitable organization paying homage to the electronic music pioneer Delia Derbyshire (1937-2001).