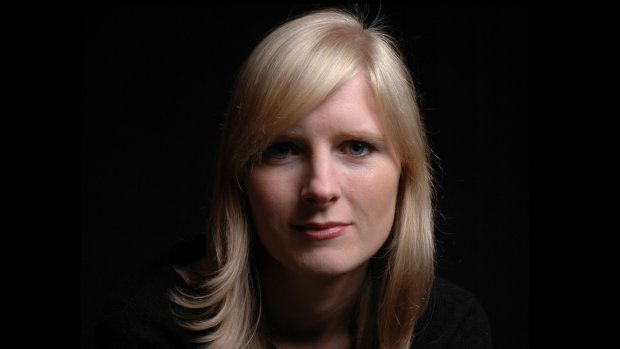 "I'm synaesthetic, often working in response to artworks and translating colour through a controlled use of intervals."
New Voices

Deborah Pritchard’s world premieres of We Remember Them and Seven Halts on the Somme are taking place with live performance this Friday (1st July) at the Lichfield Festival. In commemoration of the Battle of Somme’s 100th anniversary, Deborah reflects on her appreciation for the freedom we have today and the importance of the world’s strife for peace. Combining visual art with sound, Deborah also reveals the origins of her synaesthetic approach to composing and how ‘colour’ and ‘light’ are monumental factors within her creative process…

Elegiac and lyrical with a sense of light and darkness. I'm synaesthetic, often working in response to artworks and translating colour through a controlled use of intervals. The meaning of my music is also very important to me and I always try to search for some kind of beauty in every piece I write.

Your Embedded residency draws to a close with your three world premieres at the Litchfield Festival, beginning 1st July (this Friday!). What made you apply for the residency and how has it gone?

I've never been composer in residence at a festival before, so the idea of working closely with the Artistic Director Sonia Stevenson to generate new projects and develop commissions was very appealing from a creative and professional point of view. The Lichfield Festival is rich, diverse and engaging, and I was drawn by awesome presence of Lichfield Cathedral as a concert venue, the huge involvement of the local community and the exciting potential to bring new music to a different kind of audience. The residency has gone incredibly well, the level of my involvement in the festival has been on a huge scale - with three world premieres, one re-orchestration plus performances of other works throughout the week. I'd like to thank Sonia Stevenson at the festival for her incredible support and Hannah Bujic at Sound and Music for being such a wonderful project manager. I'd also like to thank Natalia Franklin-Pierce and Jennifer Mears for their additional support too.

Could you tell us more about your world premieres? What kind of performances can we expect?

The 1st July marks the exact 100 year anniversary of the outbreak of the Battle of the Somme (1st July - 18th November, 1916) and the concert will open with the world premiere of my new choral work We Remember Them, setting text by Sylvan Kamens and Rabbi Jack Riemer. I have tried to illuminate their beautiful prayer through the gradual ascent from darkness to light and the publication of this piece also lists the names of loved ones given by the choir and patrons who have passed away, making this new work a meaningful tribute to them and all those lost at war.

This is followed by the premiere of my new trumpet concerto Seven Halts on the Somme by trumpet soloist Tine Thing Helseth and the Manchester Camerata, conducted by Ben Gernon. It is written in response to the seven oil paintings by artist Hughie O'Donoghue that mark seven stopping points for British soldiers along the Somme. The trajectory of my new work moves from a dark and warlike beginning to a luminous and peaceful conclusion, as I look outwards towards the future. It has been a great honour to work in response to Hughie O'Donoghue's powerful series of paintings and as a synaesthetic composer I have been inspired by how Hughie captures the essence of the past in a layering of vibrant colours and creative textures - remembering all those who died at the Battle of the Somme. Hughie O'Donoghue and the special projects curator from the National Gallery, Colin Wiggins, will be giving a pre-concert talk before the event.

The orchestra will then play a re-orchestration of the Brahms German Requiem - which involved reducing the work down to just two horns, timpani, harp, organ, voices and strings. I have collaborated on this with Dr John Traill, conductor, composer, orchestrator and Director of Music at St. Anne’s College, University of Oxford, and would like to thank John for all his work.

Following this, other pieces of mine will be programmed throughout the week - Joo Yeon Sir will perform my solo violin piece Inside Colour, Chris Bragg will play my organ piece Gott Vater der du deine Sonn, Yending Wang will play my piano piece Chorale, and the Barbican String Quartet will play my quartet Towards a Golden Light.

Then on the 9th July, the BBC National orchestra of Wales will give the world premiere performance of my orchestral piece The Angel Standing in the Sun which is written in response to the apocalyptic painting by JMW Turner that depicts the Archangel Michael rising upwards with a flaming sword in his hand on the Day of Judgement. I have responded to the narrative of the painting and synaesthetically to the vibrant colours. This piece was originally written as part of the LSO Panufnik Scheme, where I was selected to write a new piece for the London Symphony Orchestra for a public workshop by the LSO and François-Xavier Roth back in March.

Two of your pieces commemorate the centenary of the Battle of the Somme. Did you struggle for a balance between commemoration/glorification?

Thinking back to World War One has not only helped me to appreciate the freedom we have, but also how important it is that we never take anything for granted and always strive for peace, especially in the world today where recent events in Orlando and Paris remind us how fragile our world is. I approached the subject matter in my new trumpet concerto by remembering the darkness of war at the start, commemorating and remembering those who died in the central section and looking forward to the future with hope of peace as the music concludes. I don't think there was any point at which the concept of glorification became relevant in the way I approached this.

I'm inspired by artworks and colour, always trying to find beauty in the world around me, and by simply being human - letting that give meaning to my work.

Your work is described as ‘synaesthetic’. How did your interest in blurring the boundaries between sound and visual arts begin to emerge?

I started to paint when I was very young, before writing music, and have always naturally connected the two together in my mind like a natural resonance. But I became more actively conscious of this relationship when I wrote my first trumpet concerto 'Skyspace' in 2012 for trumpeter Simon Desbruslais, the Orchestra of the Swan and conductor Kenneth Woods. This piece responded to the light art of James Turrell, translating colours through control of intervals, timbre and other varying musical parameters. The graphic sketch below is an early attempt to visualise these connections and make more sense of my creative process.

Who is your favourite visual artist and how have they inspired you and helped to develop your works?

I have been hugely inspired by the artist Maggi Hambling and feel privileged to have spent time working in her studios in both Suffolk and London. My violin concerto Wall of Water is one of two recent works written after her paintings and was premiered by violin soloist Harriet Mackenzie and the English String Orchestra, conducted by Kenneth Woods at LSO St Luke’s in October 2014 and was subsequently performed at the National Gallery in January 2015. The second piece is Wave Returning for chamber ensemble, commissioned by the London Sinfonietta and premiered by Pierre-André Valade and the London Sinfonietta Academy at LSO Luke's in July 2015. Maggi's work is immediate and powerful, and her portrayal of the sea resonates with something in my soul, almost like a human voice. The architecture and colour of her paintings influences my musical trajectory and whilst I'm not trying to represent, only respond, I hope that something in my music might illuminate her art and the other way round.

Do you feel that your work conveys a narrative to your audiences? If so, what kind of concepts do you attempt to illustrate via sound?

I think my attempt to convey darkness and light in my work, along with an exploration of colour, resonance and sound naturally creates a musical narrative that the listener can engage with. At the moment much of this is drawn from visual artworks, but I'm equally interested in writing more independent works, drawing on the colour of my mind's eye alone. The graphic sketch you can see here is totally abstract, working with shape and colour alone and will the basis for a new orchestral work.

How do you draw emotion from your audiences via sound?

Once again I feel that the exploration into light and darkness, colour and sound is a way of uncovering a certain type of beauty, which in turn will have an emotional resonance.

Your DPhil in Composition and Critical Writing was focused on researching the relationship between colour and sound – which sounds fascinating! How has your research helped to develop your creative works?

My research has been a very important part of my compositional process. I hold close affinities with the colour-theory of both Messiaen and Kandinsky and was able to contextualise my music by looking at their work, particularly Messiaen's Couleurs de la cité céleste (Colours of the celestial city), written in 1963 where colour was integral to its creation. In the preface to the work Messiaen writes:

The form of this work depends entirely on colours. The melodic or rhythmic themes, the complexes of sound and timbre, all evolve in the way of colours. In their perpetually renewed variations, one can find (by analogy) warm and cold colours, complementary colours influencing their neighbouring tones, colours fading towards white, or toned down by black. Once can also compare these transformations with characters acting on several superimposed scenes, enacting simultaneously several different story lines.

I also drew inspiration from Kandinsky's beautiful book 'Concerning the Spiritual in Art,' where he writes:

…colour is a power that directly influences the soul. Colour is the key-board, the eyes are the hammers, the soul is the piano with many strings.  The artist is the hand which plays, touching one key or another, to cause vibrations in the soul.

His words could not resonate any more succinctly than with my own experiences of colour, since I am highly sensitive to both colour and light, particularly within the context of my compositional process. Kandinsky’s aesthetic gives great value to the ‘intensely moving’ response to colour that is experienced by the more sensitive amongst us, and supports my belief that such synesthetic-like associations between sound and colour in music should not simply be ignored, due to their subjective nature, but should be explored and illuminated in order to find a new way of creativity.

I really admire the work of composers Cheryl Frances-Hoad and Samantha Fernado, but there are so many other hugely talented composers.

Deborah Pritchard is featured in the Birmingham Post in anticipation of the Lichfield Festival!