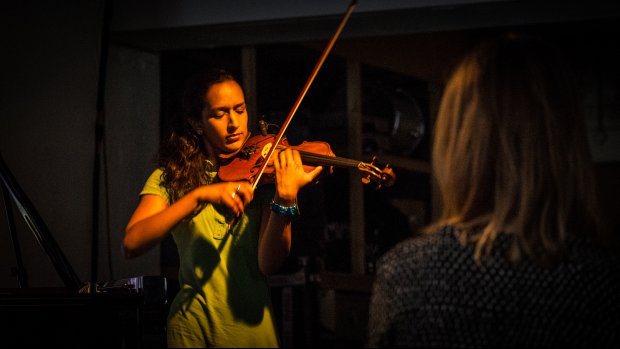 In Conversation with Mandhira de Saram

The eigth in the series - 'Unpredictable: Conversations with Improvisers’ is a series that has grown out of a deep research into the nature of Free Improvisation.

Mandhira is a versatile violinist performing as a soloist, chamber musician and orchestral violinist in the UK and abroad.  She is a founding member and the leader of the Ligeti Quartet. Her repertoire is varied, consisting of standard classical works as well as free improvisation and original projects often involving collaborations with contemporary composers, sound artists and musicians from a variety of genres outside classical music.  With  her quartet she has worked with Wadada Leo Smith, Meilyr Jones, Shabaka Hutchings, Laura Jurd, Kerry Andrew, Sean Noonan, and, following a tour to China and Hong Kong, has collaborated with leading Hong Kong DJ Choi Sai Ho and Japanese sound artist mamoru.

In Conversation with Mandhira de Saram