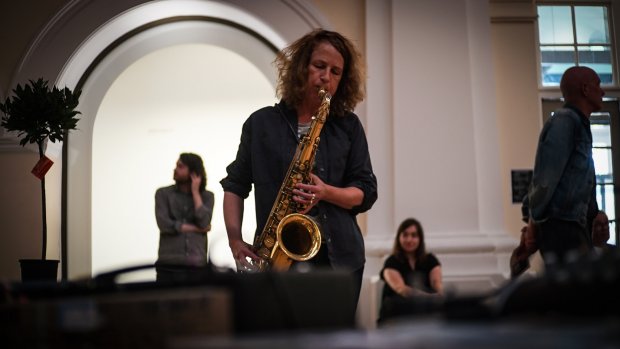 In Conversation with Sue Lynch

The eleventh in the series - 'Unpredictable: Conversations with Improvisers’ is a series that has grown out of a deep research into the nature of Free Improvisation.

Sue Lynch is a composer and multi-instrumentalist working in the improvised music tradition. Lynch currently runs The Horse Music Club at I K L E C T I K with Adam Bohman and Hutch Demouilpied. She studied Fine Art at Coventry College of Art and in the 1980s toured with The Happy End Big Band. She is also a bandleader/arranger for Hogcallin’ (Mingus tunes) and performs with The Custodians of The Realm (text collages and improvisation).She has recently performed as part of Tarek Atoui's 'Reverse Collection' at The Tate Modern.She currently performs with the Psychedelic Afro Beat Sudanese band 'The Scorpios'.In 2016 she formed, 'Paradise Yard'-an electro accoustic ensemble, performing at Iklectik, Cafe Oto and The ICA.In 2018, she performed at 3 Klange Tag Festival, Switzerland with Hildegard Kleeb.

In Conversation with Sue Lynch