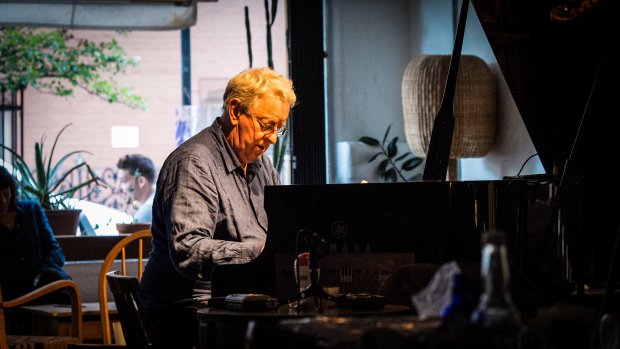 In conversation with Steve Beresford

The first in a series of twelve videos that have grown out of a deep research into the nature of Free Improvisation by artist, teacher and curator, Blanca Regina.

Steve Beresford was born in Wellington, Shropshire, UK in 1950. In 1974 he moved to London, playing piano with improvisers like Derek Bailey and also trumpet with the notorious Portsmouth Sinfonia.

He was a member of the groundbreaking group Alterations (1977-1986), with David Toop, Peter Cusack and Terry Day, which recently re-formed.

Beresford has co-curated a number of events with Blanca Regina, including the ongoing Strange Umbrellas series and a ten-day event Unpredictable, planned for April 2018 in Ambika P3, London.

He has had a long musical association with Swiss-American artist/musician Christian Marclay.

In conversation with Steve Beresford