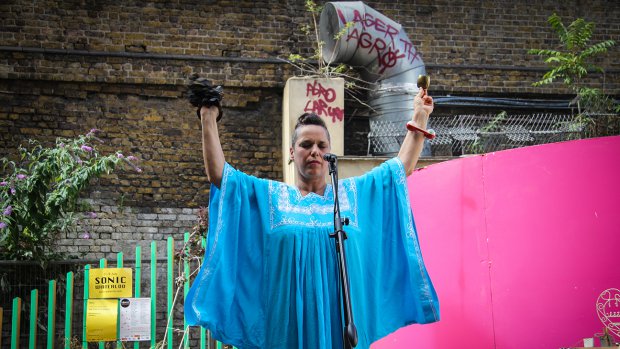 In Conversation with Sharon Gal

'Unpredictable: Conversations with Improvisers’ is a series that has grown out of a deep research into the nature of Free Improvisation, its history in the UK and its international connections.

Sharon Gal is an interdisciplinary artist, performer, experimental vocalist and composer, with experience of free improvisation and collaborative compositions. Her work relates to sound, architecture, live performance and participatory art, exploring the psychology of sound and its relationship with space. Sharon performs solo and in collaborations with David Toop, Steve Beresford, Phil Minton, Lina Lapelyte, Andie Brown and Anat Ben David. She also directs a series of participatory compositions exploring the inter-relations between people and place. These pieces offer a democratic space and collective ownership, examining artistic engagement, play, and creative exchange, as a means to learning and bringing together. Sharon is a co-founder of Resonance104.4 FM. Her music was released by various labels and she performed in the UK and internationally including The V&A, Whitechapel Gallery Science Museum, Tate Modern, Tate Britain, Supernormal and Borealis Festivals.

In Conversation with Sharon Gal