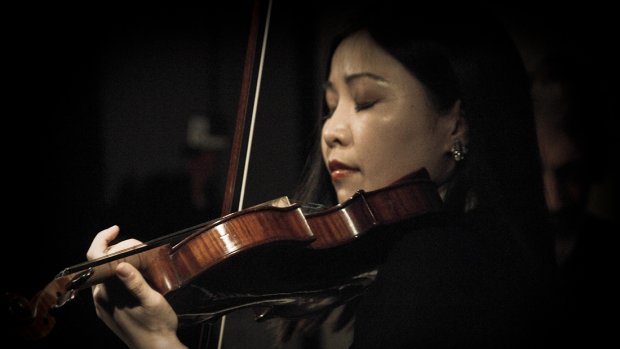 In Conversation with Satoko Fukuda

The tenth in the series - 'Unpredictable: Conversations with Improvisers’ is a series that has grown out of a deep research into the nature of Free Improvisation.

Satoko has performed worldwide as a classical violinist, and recorded on the Emanem label with the Trio of Uncertainty. Since her concerto debut at thirteen, she has broadcast an eclectic range of music for Classic FM, Resonance FM, BBC Radio 1, and BBC Radio 3. TV appearances include BBC Culture show and the Sky Classics. UK appearances include the Royal Albert Hall, Wigmore Hall, the South Bank, and the Barbican. Chosen to be musician in residence for the Lord Mayor at the Mansion House, she frequently travels with the team on international diplomatic engagements. Moving fluidly beyond classical music, she is a regular guest performer at events such as the London Fashion Show, and the London Jazz Festival.

In Conversation with Satoko Fukuda