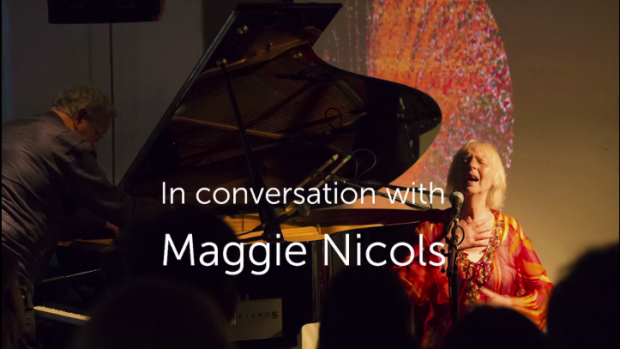 In conversation with Maggie Nicols

The second in a series of twelve videos that have grown out of a deep research into the nature of Free Improvisation by artist, teacher and curator, Blanca Regina.

Maggie Nicols is a singer and a pioneer of free improvisation in the UK. She joined London’s legendary Spontaneous Music Ensemble in 1968 and began running voice workshops, using the techniques of the SME’s John Stevens. She also worked in local experimental theatre. Later she was a member of the large ensemble Centipede, led by Keith Tippett. In 1977, with musician/composer Lindsay Cooper, she formed the remarkable Feminist Improvising Group. Maggie continues to perform worldwide and record challenging and beautiful work. When she is not performing solo she collaborates with a wide range of artists including Joëlle Leandre, Irene Schweizer and Phil Minton.

In conversation with Maggie Nicols