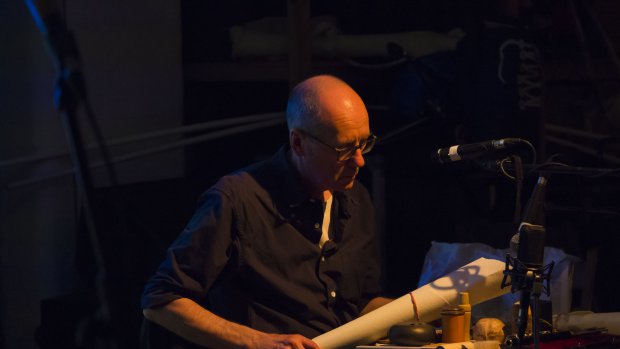 In Conversation with David Toop

'Unpredictable: Conversations with Improvisers’ is a series that has grown out of a deep research into the nature of Free Improvisation, its history in the UK and its international connections.

David Toop is a musician, author, professor and Chair of Audio Culture and Improvisation at London College of Communication. He has published five books including Ocean of Sound, Rap Attack and Sinister Resonance. His first album, New and Rediscovered Musical Instruments, was released on Brian Eno’s Obscure label in 1975 and he has collaborated with artists ranging from John Latham, Bob Cobbing, Carlyle Reedy and Ivor Cutler to Rie Nakajima, Evan Parker, Max Eastley and Akio Suzuki.

He has recently completed part one of Into the Maelstrom: Music, Improvisation and the Dream of Freedom, a two-volume work on free improvisation.

Exhibitions and events he has curated include Music/Context Festival of Environmental Music for the LMC (1978), Sonic Boom for the Hayward Gallery (2000), sound curation for Radical Fashion at the V&A (2000-2001), Playing John Cage at the Arnolfini (2005) and Blow Up at Flat Time House (2010).

In Conversation with David Toop