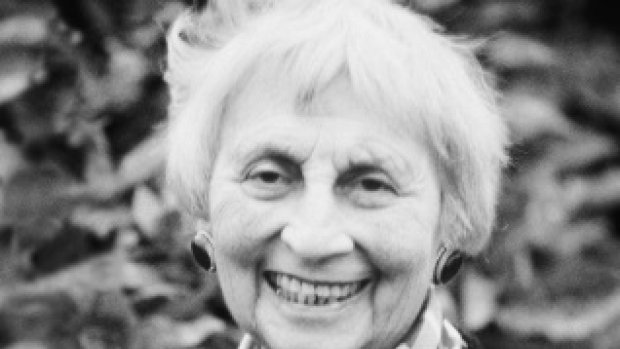 Throughout the month of March, in support of International Women's Day 2018, Sound and Music is showcasing incredibly talented women in music. Today, we recognise Minna Keal.

Minna Keal- ‘Music, she felt, should lift listeners out of themselves onto a higher plane of existence.'

An idealist, determined, and a believer in human beings, Minna Keal wrote all her major musical works over the age of 65, returning to composition after a break of 46 years; the shy girl who studied at the Royal Academy of Music in 1928, who was too scared to eat in the lunchroom, found herself on the stage of the Royal Albert Hall aged 80 years old.

Born in 1909 in the East End of London, Minna Keal was the daughter of Hebrew parents who owed a publishing and book selling business. With the exception of her mother’s singing of Hebrew folk songs, and her Uncle Leibel who was a violinist, Minna was unlike her family in perusing a musical career.

In 1926 Minna begin studying at the Royal Academy of Music, yet with pressure from her family to carry on the family business, Minna sadly ended her studies at the conservatoire early. This caused her a great sadness, and only 46 years later did she have the confidence to begin composing once more.

Thankfully, Minna had continued her practice and piano studes during these years, and by the time she began composing again she remarked that she saw herself as being back at the beginning of her life; “I felt I was coming to the end of my life,” she said, “but now I feel as if I'm just beginning. I feel as if I'm living my life in reverse.” Certainly, for someone who studied in the days of Edward Elgar to suddenly produce works contemporary to the last years of the century was an astonishing feat.

Records of Mina Keal held by the BMC physical archive:

The British Music Collection boasts not only an online collection, but an extensive physical collection, which is held in Huddersfield at Heritage Quay. Within the collection records of Mina can be found, which may include reocrds such as assorted biographies, reviews and programmes, scores and recordings. To find out how to visit the physical archives, follow this link to the Heritage Quay site.