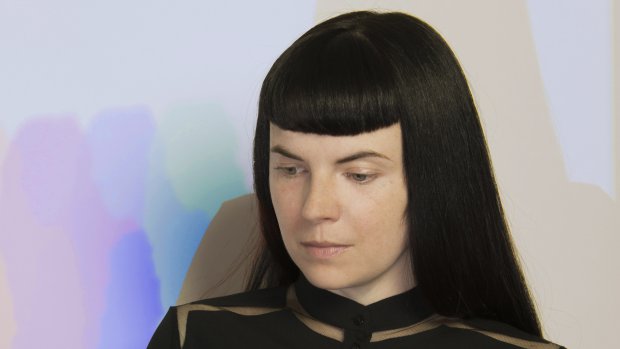 As part of our #afemalecomposerday campaign marking International Women's Day, we highlight the life and work of composer Leslie Deere.

Leslie Deere- “Being a female and working with sound today is loaded with potential…there are many different avenues, sub genres, outlets, tools, platforms and ways in which to express ourselves through sound and music.”

Sound artist Leslie Deere experiments with ways of making sound using fine art and movement. For our International Women’s Day Campaign, Leslie talked about her route into creating sound, her inspirations for her work, and how she identifies with the term ‘composer’:

I don't consider myself a composer. My route into sound art was through dance; Cunningham and Cage were links, and Black Mountain. I began thinking about experimental ways of making sounds, using a fine art approach while relating it to choreography. Punctuation using movement and sound are very similar ideas to me. I'm thankful that I happened to catch a really interesting course, BA Sonic Arts at Middlesex when Hugh Davies was teaching, while it still existed, as, unfortunately, it no longer does.

All over the place. Obscure signs and signals that present themselves inspire me; I believe in that sort of thing. Other inspirations of mine are perfectly timed overheard snippets on the sidewalk, publication particularities that capture attention or random conversations that develop spontaneously. I have never been on Facebook, so getting lost online in other ways has always been a thing I’ve done. I enter a new phase of research when I'm developing a project and I enjoy that aspect. Travel is another big source of inspiration for me; films and documentaries too. Also, putting myself in completely new situations or environments for the experience is something I lean towards, whereas being tribal or very microcosm specific is not.

No. I would say I'm an artist who works with sound. When I created the sound installations at Kew, I wouldn't call those compositions. For me, one of my sculptures that emits sound isn't a score. When I collage audio, yes ok perhaps - but its just one facet of an overarching sonic practice. At times, it seems to cause a bit of friction suggesting the term composer is problematic. I'm not sure why. It is debatable for quite a few friends I know who work with sound and only sound. I'm fairly multi-media, so that seems even further removed from the term. I just made a limited edition book for instance that comes with a mixtape. I've made screen printed works on paper that have sound descriptive words in text. That is not notation in my book.

Is an improvised live performance a composition? Are performers and composers automatically the same thing? Whats the difference in a performance artist that uses dialogue and one that uses an instrument? What if 'instrument' is a very loosely used association? Are sound installations new music? Should sound installations always be considered new music? What about programmers who write code which produces sound?

Recently I got into two separate discussions about this topic - one with my PhD supervisors and the other with a friend and professional musician.

My supervisors thought all of my work could be considered a composition, whereas I, the creator, do not. I brought up a friend who does monologue performance art and asked if she was a composer simply because she makes sounds live in front of an audience. They both thought she 'could' be considered a composer. Fair enough, but she's never described herself as such. For her (within her own practice) she's not a composer, so I would never put that label on her approach.

By their criteria, if she is a composer then so too must be slam poets, comediennes, orators and any artist who writes their own material which is to be performed. One supervisor highlighted the archival aspect of composition - the idea that if the artist is no longer around, a composition becomes a blueprint for the work to be re-created by others. Agreed. An equivalent of this would be install notes of a major art exhibition. If the artworks are audio visual do those notes automatically become a score?

After that meeting I got in touch with my musician friend to get her thoughts on the matter. For her, composer is a loaded term that she doesn't identify with comfortably. She went on to say that when she makes music, there is a loosely compositional process, but she doesn't notate or write the music down for others to play and therefore doesn't consider herself to be a composer. She would say she's a musician or artist.

For the supervisors the composer title is wide ranging, whereas my friend and I consider it restrictive.

Basically this issue and term is subjective. If the artist doesn't consider what they've produced to be a composition, then it is not. For me at least, that's how I see it. Seems like we need to flexibly accommodate the creative intention and standpoint behind the work and do away with blanket terms.

Being a female and working with sound today is loaded with potential, as it is for males working with sound. There are many different avenues, sub genres, outlets, tools, platforms and ways in which to express ourselves through sound and music. Gender can be completely redundant online if that's of interest, making work that doesn't reference gender at all, be it through the audio itself, the artist name or artwork. Reclaiming and redefining femininity or politicising work through that lens is something we're seeing in a post-net kind of way. I'm intrigued to see and hear where that work takes us.