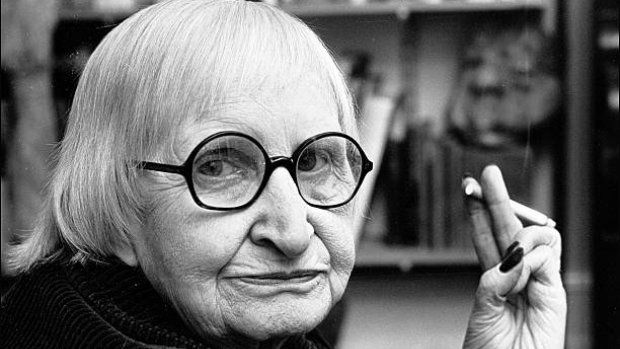 As part of our #afemalecomposerday campaign marking International Women's Day, we highlight the life and work of composer Elisabeth Lutyens.

Elisabeth Lutyens: ‘An uncompromising radical in a musical culture marked by "schools," Elisabeth Lutyens was one of the first British composers to adopt serialist ideas. Her life was as unconventional as her music.’

Born in London in 1906, and known for her adaptation of the Schoenbergian serial technique, Elisabeth Lutyens influenced serialism in British music both past and present. Highly regarded by her peers, not least by Igor Stravinsky, Elisabeth was and remains a respected avant-garde artist, and an innovator of serialism itself.

As early as the young age of nine Elisabeth aspired to be a composer. In 1922 she enrolled at the École Normale de Musique de Paris to pursue her musical education, before accompanying her mother to India in 1923. Sure to continue her musical career on her return to England, she studied at the Royal College of Music as a pupil of Harold Darke from 1926 to 1930. During her time at the Royal College of Music, Elisabeth joined with a small group of other female students devoted to modern music; it was here she encountered the works of Britten, and was influenced by continuous flow of Renaissance music.

Elisabeth’s creative talents also expanded to film, for which she is best known for her work on Paranoiac (1963), Never Take Sweets from a Stranger (1960) and The Skull (1965).

Records of Elisabeth Lutyens held by the BMC physical archive:

The British Music Collection boasts not only an online collection, but an extensive physical collection, which is held in Huddersfield at Heritage Quay. Within the collection records of Elisabeth can be found, which may include reocrds such as assorted biographies, reviews and programmes, scores and recordings. To find out how to visit the physical archives, follow this link to the Heritage Quay site.