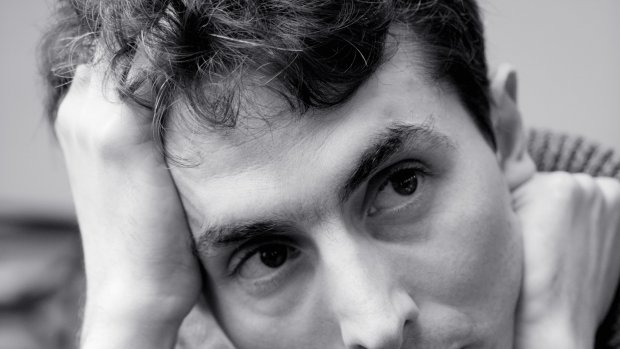 I first came across Christian Mason’s music in 2008, when his commission for the London Sinfonietta In Time Entwined, In Space Enlaced (written for their 40th birthday celebration concert) appeared on CD. Its intriguing, poetic title (characteristic of all his works) immediately caught my attention; on listening, the highly original instrumentation and sonic atmosphere of the piece drew me in and alerted me to what I knew must be a very gifted and in some ways very unusual musician. (I wasn’t disappointed when I met him: he introduced himself to me as a Theremin player as a well as composer.)

Although still young, Christian (born in 1984) has amassed an impressive body of work, all of which is consistently captivating; it’s been a struggle for me to select a representative sample of his works, as each piece inhabits its own unique sound-world and addresses specific creative and musical concerns. I’ve done my best here to just give a flavour of what I find exciting about his work.

One thing that immediately stirs me on hearing almost any work from Christian’s output is his highly creative use of instrumental sonority. Sometimes this involves the use of extended techniques, but these sonorities are always explored in a manner that is very carefully imagined and controlled, such that he extends palette of sounds available to him, rather than blindly exploring ‘unusual’ sounds for their own sake.

Moreover, he also tends to combine conventional timbres with unfamiliar sounds in a highly original way. This is frequently expressed, for example, in the unusual instrumental line-up of his pieces, such as his Royal Philharmonic Society commission for Theremin solo and scordatura string octet: Looking for the Land that is Nowhere (2009/10), or his use of an additional scordatura violin, rin and singing voice, in his work for violin and piano, Learning Self-Modulation (2011), which won the British Composer Award in 2012 in the solo/duo category.

The rich timbral aspect of his work can perhaps be demonstrated in the first work I mentioned above: In Time Entwined, In Space Enlaced, scored for a highly inventive combination of three trios playing on-stage: (Clarinet in A,  Viola , Percussion; Cor Anglais , Violin , Percussion;  Flute, Cello, Percussion), along with 36 harmonica players distributed in six groups in the audience. At the opening of the piece, the use of staccato Almglocken to colour the notes of Cor Anglais creates a vivid timbre that, to my ears, evokes perhaps some forgotten non-Western instrument of the distant past. When, a few moments later, the harmonicas enter on a rich, sustained harmony, the effect is almost uncanny. It’s hard to believe that acoustic (rather than electronic) instruments are producing these sounds at all.

I’m particularly drawn to the work’s magical ending, which drifts off into new ethereal realm following a mysterious high Cor Anglais solo, to me suggesting the music’s arrival in a strange, but incredibly beautiful, alien landscape.

Another feature of his work that I greatly admire as a composer myself is his ability to avoid what might be perceived as ‘clichés’ of the British new music scene. It’s clear that Christian is seeking out his own unique creative path informed by a very broad set of interests; one can certainly detect certain influences, but these include a wide array of composers and musicians from across history and the globe. For example, the concept of resonance is central to his work, but this is always explored in a highly original fashion, that only seems loosely connected with the so-called ‘Spectralist’ school established by Gérard Grisey, Tristan Murail and the like.

This concern with resonance is apparent in his work for flute and piano, Heaven’s Chimes are Slow, which I heard the pleasure of hearing live at Wigmore Hall a few years ago. Formerly part of song cycle for soprano and piano, the Christina Rossetti poem that it originally set (“Heaven’s chimes are slow, but sure to strike at last”) accounts for its preoccupation with time, expressed through a conflict between a resonant kind of musical stasis and passages of urgency and pulsation. The opening gesture of the work immediately establishes the flute and piano as a kind of ensemble (rather than solo plus accompaniment); by combining singing through the flute with a low quiet C, Christian succeeds in creating a sound that is so resonant (and again, highly unusual as a total sonority) it seems almost orchestral for a moment.

Throughout this piece, the manner in which the piano and flute parts entwine one another is very imaginative: sometimes one has the impression (for example when staccato notes by the flute are quietly doubled and held by the piano) that the two sounds are somehow modulating one another to form a new, integrated compound timbre. Across its 7-minute span, evocative moments of ambiguity are interspersed with passages of extreme clarity and, the overall effect, particularly with its beautifully heard, resonant harmony, is one of great luminescence and subtlety.

Finally, I would also like to mention his orchestral work Isolarion (Rituals of Resonance), commissioned for the Lucerne Festival in 2014. It’s difficult to do justice to a multi-movement work of this scale here but, for me, its highlights include the sense of power, space and depth engendered by the opening material, the multi-layered approach to the orchestra (which facilitates violent but fascinating contrasts throughout the entire work) and a great sense of urgency and rhythmic energy in certain passages that really propels us as listeners across its full 20-minute duration.

As you may now expect, every sonority in the work is extremely vivid: beautiful bell-like sounds and harmonies occur throughout (check out the opening of the third movement, for example), and in the first movement, a gorgeous oboe solo is heard with a rich accompaniment in the high strings and winds above, redolent perhaps of Japanese Gagaku. Indeed, the entire work is set across a highly atmospheric backdrop: still passages that at first sound almost silent often contain quietly undulating whistle tones for the flute, or string harmonics played by just two soloists.

Don’t forget to catch the premiere of his new work, commissioned to celebrate Pierre Boulez’s 90th birthday, Open to Infinity: a Grain of Sand, either with the Ensemble Intercontemporain and Matthias Pintscher at Lucerne Festival on August 23rd or with the London Sinfonietta and Thierry Fischer at Cadogan Hall for the BBC Proms on August 29th.