Composer Christopher Mayo on Leo Chadburn
"To me, each discrete chord or gesture in The Indistinguishables is like a moth pinned to a board" 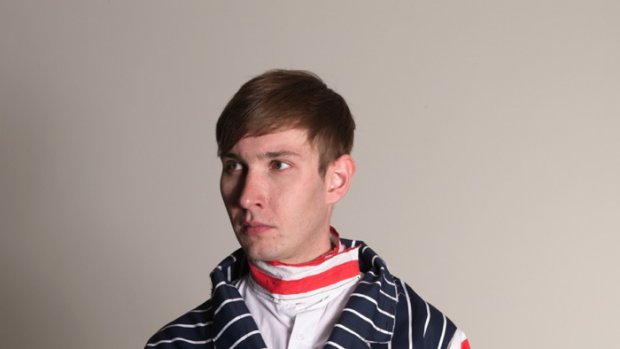 “SHUT UP. NO-ONE PAID TO LISTEN TO YOU TALKING TO YOUR PALS. IF YOU WANT TO TALK TO YOUR PALS WHEN THE BANDS ARE ON, PLEASE LEAVE THE VENUE.”

“QUIET. IF YOU’RE TALKING WHEN A BAND IS PLAYING, WE’LL TELL YOU TO SHUT UP.”

“QUIET PLEASE. WE’RE A LIVE VENUE, NOT A PUB. IF YOU’VE COME TO CHAT TO YOUR PALS WHEN THE BANDS ARE ON, YOU’RE IN THE WRONG PLACE.”

You knew that these signs were serious. You knew that they were serious not because of their aggressive, all-caps typography, or because of the sheer number of signs lining the walls, but because, if you spent any amount of time in time in the place, you’d see it happen. Andy would swiftly navigate his way through the dense crowds, and with a violent tap on the shoulder and a silent finger jabbed towards the closest of these many signs, he would shame the chatty offender into embarrassed silence.

The Luminaire was, for its brief six-year existence, one of the best small music venues in London. The proprietors had an immense respect for the musicians who played there, broad, open-minded taste in music and an undogmatic approach to programming that meant that some of the strangest gigs I’ve ever seen—or played in—were hosted there, above a pub on Kilburn High Road.

My first trip to the Luminaire, as far as I can remember, was 10 May 2006 to see Owen Pallett, who at that point still performed under the moniker Final Fantasy. Owen had been in my orchestration class at the University of Toronto, and since I’d moved to London, I’d always tried to see as many of his gigs as possible. That gig also happened to be the first UK performances of Grizzly Bear (the night ended with Owen and Ed Droste duetting on Mariah Carey’s ‘Fantasy’) and the superb baroque-pop singer/composer Corey Dargel whose closing number, “Gay Cowboys”, became one of my favourite songs of 2006.

The other act on the bill was Simon Bookish, a tall, lanky guy in a red, white and blue striped suit who came out on stage and delivered surreal spoken-word monologues over an aggressive electronic accompaniment.

“Standing on the gravelled approach to a country manor, looking out over the verdant lawn. I find my body has become infested with lice-type insects. They crawl all over me, but I am neither panicked nor disgusted.”

I want to say that I immediately loved this music, but the truth is, at the time, I think I probably hated it. It’s taken me nine years to get to the point where I now realise how amazing it is.

Simon Bookish is the stage name of composer/performer Leo Chadburn. In addition to his pop and electronic music, he’s an active composer and one whose music I have really grown to love.

The Indistinguishables for string quartet and pre-recorded voice was written for the Bozzini Quartet for their 2014 “Composer’s Kitchen” workshop. The pre-recorded voice exclusively uses as its text the names of seventy varieties of moth: “Heart and Club”, “The Drinker”, “Silver Hook”. These names, in the words of the composer, “possess a quality of ‘found poetry’”, each one evoking strong, vibrant imagery. The name of each moth is accompanied by a single chord or gesture from the quartet. Each chord or gesture provides a subtle halo, illuminating some tiny speck of detail from the image evoked by each name. I think it’s a fantastic piece, expertly structured and beautifully conceived.

To me, each discrete chord or gesture in The Indistinguishables is like a moth pinned to a board. It is a whole, complete object, but designed to be viewed and compared with many other similar objects. There is no growth or development, per se; rather, the listener is encouraged to constantly compare these seventy distinct and separate moments and to focus on the few most significant parameters which seem to most conspicuously differ.

In thinking about writing this, there was something about the obvious visual parallel of moths pinned to a board that I thought could be effective in understanding this piece of music. I thought that I would try to create some kind of visualisation of each gesture in The Indistinguishables so they could be easily compared and contrasted to each other.

My skills as a graphic designer are limited at best, so please excuse the slight amateurishness of my presentation. In effect, this is a visual score, a representation that focuses on the few parameters which I felt were most dynamic and which display the constant variety achieved in a very subtle and restrained musical palette.

Christopher Mayo was the Sound and Music “Embedded” Composer in Residence with Manchester Camerata from 2012-2013.

Christopher’s new piece Supermarine was commissioned as part of the NMC Recordings/Science Museum ‘Objects at an Exhibition’ project along with Gerald Barry, Barry Guy, Thea Musgrave, Claudia Molitor and David Sawer. The recording of this project is available for pre-order here (http://www.nmcrec.co.uk/objects) and a promenade performance will be taking place at the Science Museum Saturday 3 October 2015 (http://www.sciencemuseum.org.uk/visitmuseum/Plan_your_visit/events/other/objects-at-an-exhibition).