"The sheer fact Jonathan Harvey was the first British composer to really tackle Spectralism is enough reason for him to be celebrated for millennia..." 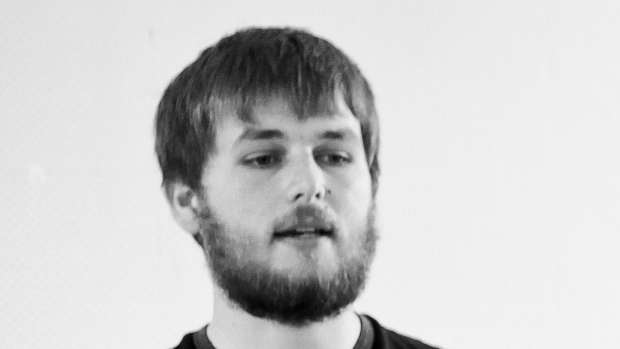 On May 9th 1939 Jonathan Harvey was born. Throughout his life, he was loved and respected across the globe. From IRCAM to America his music and personality touched many people the world over. For me, my first encounter with the composer came from discovering his Tranquil Abiding (1998). The sheer colour and beauty of the work gripped me. From that moment, Jonathan Harvey has had a gigantic impact on my work as composer, both in the actual act of composing as well as ways to delicately and sincerely approach spirituality.

For me the most intriguing moments in Harvey’s work started after his stays in IRCAM in the 80s. During that first visit he produced some of his most seminal works like Mortuos Plango Vivos Voco (1980) but it also sent him down a path which still to this day, years after his death, singles him out as one of Britain’s most significant and original composers to date. The exploration of electronics and the harmonic series showed Harvey an infinite world where music could continue to develop as well as strive for a great sense of oneness.

The use of electronic elements became quite a strong and poignant element of many works by Jonathan Harvey featuring in works like Bird Concerto with Pianosong (2001) or Advaya (1994) or masterpiece Bhakti. But despite being on the cutting edge of electronic music during his life time, he was still in a whole different sphere in comparison to his colleagues. The use of live electronics to broaden musical instruments, unleashing them from their traditional constraints gave his music this beautifully alien landscape but somehow always felt organic and natural. Alongside this, works written using electronic informed composition methods like Speakings (2007/8) had this wonderful sensation of life to them, never sounding robotic or too heavily controlled.

Alongside this, the sheer fact Jonathan Harvey was the first British composer to really tackle Spectralism is enough reason for him to be celebrated for millennia. As he said in his article ‘How I Compose’ he discusses the sheer potential Spectralism has opened up to us as composers. Within Harvey this manifested itself as a way to be thoroughly modern, but also to be truly connected to reality in its deepest sense. Even when his works are deeply spiritually lead, he never regressed into a hermitic-like way of composing, nor did he turn into a limp new-age philosopher; instead he presented profound spiritual ideas which could hit you hard and with a great sense of violence, never shying away from the fact sometimes the most important lessons for us can be like this.

Spirituality was a major influencing force throughout his life. Many listeners tend to partition him off as a Buddhist composer; ignoring the fact Christianity had a major impact on his music from the very start of his working life. Like Messiaen before him, Jonathan Harvey strove to present spirituality in the most tangible way possible, either by presenting the idea as clearly as possible through the use song settings; or by shaping the entire concept of a piece around the idea. For example within his Tranquil Abiding (1998), the sensation of breathing becomes the main factor of the work. For those unaware of the concept, tranquil abiding refers to the kind of focus you attain through meditation. This is achieved through focused breathing and allowing thoughts to drift. Harvey in turn translates this elegantly in music by using close harmonies within the strings to give a sensation of inhaling and exhaling. Starting from nothing but breathing, slowly but surely ideas and gestures appear, and no sooner have the appeared do they drift off again. As this progression happens the music gets deeper into the sensations of thoughts, the breathing gesture becomes lesson audible but its impact is felt ever stronger constantly leading the build-up of the piece. This continues to an extremely broad and violent epiphany where the entire chamber orchestra is roaring magnificently before slowly but surely regaining focus and steadily leaving the meditation to return to the world. With shimmers and glistens the work comes to a peaceful close and you feel like you have made some astounding personal discovery.

For me Jonathan Harvey will always have a strong impact on my work. The sheer sincerity of dealing with spiritual ideas, or music in general is as a quality I feel many composers should have. Just write what you need to write. Alongside this, I find his music has been answering questions I have been tackling with for years. Without Jonathan Harvey, I would not be the composer I am today; he will continue to have a major impact on my work. Hopefully as I grow up more people will come to discover simply how magical and important he is for the British musical landscape and will champion him as much as his brilliance deserves.