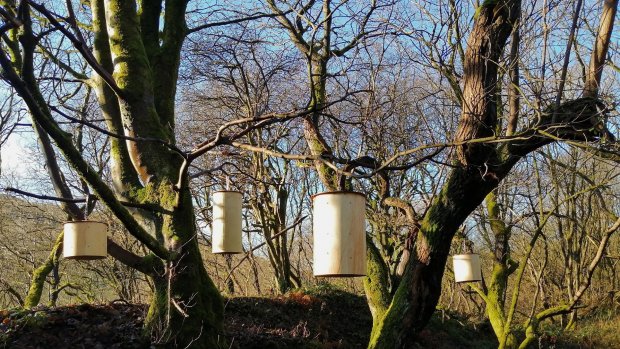 Chris Ruffoni’s latest work, ‘Solarphones’, is a sound installation formed from unique solar powered acoustic instruments he himself designed. Here Chris talks us through the process that led to the creation of these fascinating inventions.

I had been developing ‘Solarphones’, mostly during the sunnier months, since 2017 and was very grateful to receive support from Sound and Music to pursue it further, via the Francis Chagrin Award in 2018. The project started when I bought one of these solar crabs in Whitby: 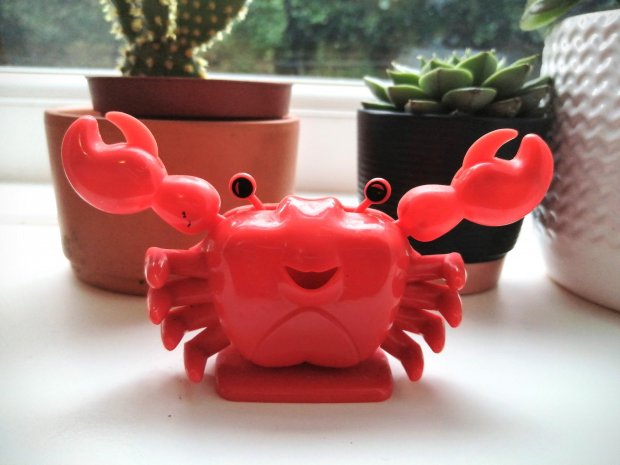 Whilst staring at the crab as I washed the dishes, I thought, ‘wouldn’t it be nice if they could make a sound, maybe I could attach something to them so they can play when the sun shines’. This didn’t work, but the idea stuck. Since moving to a rural area, being in nature has become an integral aspect of my wellbeing and this gets reflected in my artistic practice. I believe that an appreciation of our sonic surroundings can give us moments of connection and calm, and inspire environmental awareness.

I found small solar panels and motors on the Kitronik website and discovered that I could make sounds with a simple set-up.  It became clear I wouldn’t be able to make these instruments by myself so I turned to joiner and all-round creative mastermind John Robertson-Dwyer of Vortex Studios, Huddersfield. I made a rudimentary proof of concept from our drawings and discussions before we moved on to make the proper versions. 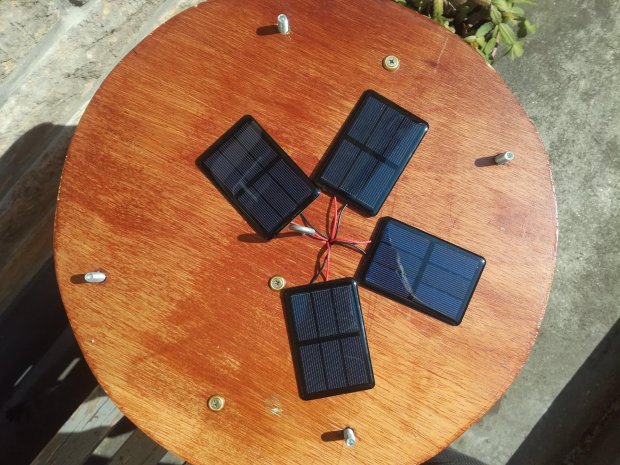 There were a few design elements that were crucial to the concept and were challenging to address:

Following this development process, and attempting to solve the design challenges we’d set ourselves, we reached the current iteration of ‘Solaphones’ experienced today.

At the heart of ‘Solarphones’ are small solar panels, which power a mechanical system contained within bespoke wooden enclosures, each containing 7 tuneable guitar strings.

The solar-powered mechanical system that allows the instrument to play is a motor suspended upside down, with a metal wire attached - which hits the strings. The suspension allows it to move chaotically and pluck strings in different orders. The instruments are also usually suspended themselves (in trees or on stands) so the movement of the motor is also affected by the wind.

The guitar strings are attached to a shaped bar of hard wood with a harp tuning peg at one end and a screw at the other. Then each bar is fixed to the flex-ply enclosure. This means they are fully tuneable, with the four instruments spanning in total nearly four octaves.

The system produces sequences of notes in a chaotic fashion, dictated by the amount of sunlight hitting the solar panels. The more light the panels receive, the faster and louder the notes become. Designed to connect directly with the environment in the present moment - there is no capacity to store energy and no batteries are used - they only sound when there is sufficient light. They are weatherproofed and can be installed for long periods of time or short events. 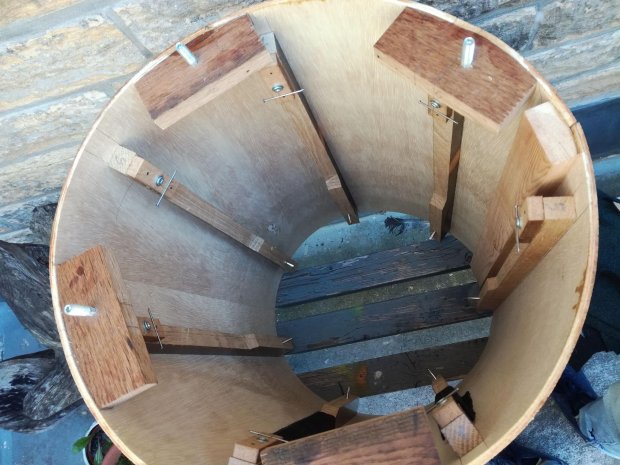 After such a long time in development it was a relief to see people react to them so positively, children and adults alike. In particular, it was clear children enjoyed playing with them by covering the solar panels with their hands. Knowing there would be many children at the Growing Works events I made a little demonstration version so they could see and play with a simplified version, which has helped me to develop accompanying workshop ideas. I am taking bookings for showings in 2020.

Find out more at: www.chrisruffoni.com 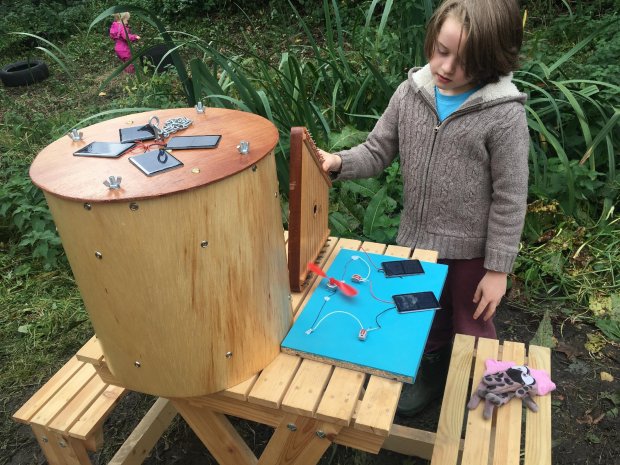 If you're a composer, sound artist or musician like Chris, we'd love you to add your own work to the collection. Start building a profile here.