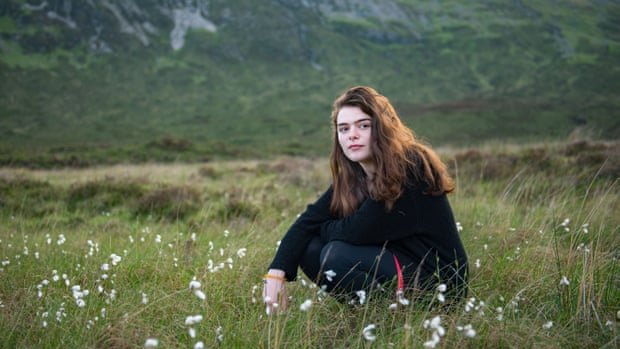 We've partnered with Celtic Connections to bring you a series of interviews with artists from the 2019 festival line-up, exploring newness and experimentation in traditional music.

Glasgow’s annual folk, roots and world music festival, Celtic Connections celebrates Celtic music and its connections to cultures across the globe. Every year, thousands of musicians from around the world descend on Glasgow and bring the city to life for 18 days of concerts, ceilidhs, talks, art exhibitions, workshops, and free events. The festival is renowned for its strong spirit of collaboration, bringing together one-off line-ups for very special one night only collaborative shows. Celtic Connections is programmed by Artistic Director (and founding member of Celtic supergroup Capercaillie) Donald Shaw, and features more than 300 events across multiple genres of music.

Smallpipes player Brighde Chaimbeul is one of Scotland’s fastest rising stars. A native Gaelic speaker, her style is rooted in her indigenous language and culture, but draws inspiration from a variety of piping traditions such as from Cape Breton, Eastern Europe and Ireland. Her debut album ‘The Reeling’ was released on River Lea, Rough Trade’s traditional music division, in January 2019.

Your work is largely focused on long-established traditional songs. What do you think the role of experimentation and newness is in traditional musics?

For me the music is very much led by the tune. I think the role of experimentation and newness will always be to enhance the musicality of the tunes, for the tradition to be at the core and represented in the most musical way.

How does this occur in your work?

This is mostly represented by a combination of instrumentation, improvisation and modern techniques . For example the use of unconventional ornamentations and tunings on the pipes. I use materials such as plumbers' tape to distort notes or change the key on the chanter. The chanter of the pipes is set in mixolydian mode and so to play for example in a minor key, tape is necessary. Furthermore I can use uncoventional techniques to change the note of my drones, which often does not sound in the typical 440hz.

How does collaboration affect your musical development?

I feel highly inspired by working with others particularly playing in the moment and being able to bounce off each musician in performance. Furthermore I take influence from a variety of styles and instruments, and particularly like to take ideas from ornamentations heard on different instruments- such as Irish fiddle ornamentation and styles of other bagpiping cultures. Working with musicians who have different styles allows me to think about different ways tunes can be interpreted and played, whether that would be down to tiny changes in ornamentation, different variations or instrumentation.

As much of your work fits in to a historical canon of traditional music – do you ever consider a song ‘finished’, or is it always open to change?

I think everything is always open to change, and indeed is ever-changing. No tune is ever played the same twice, whether it be the same musician, or two different bands. Although many of the tunes I play are very old, they are all open to interpretation and therefore can always change. Furthermore, influences and playing styles can change over time and this also means that a song can be revisited and tweaked.

The Reeling was recorded live – what led to this decision and how did it affect your approach to the album? What are your thoughts on the relationship between traditional musics and modern recording techniques?

Much of the process of my music is led by the natural flow of the tunes and the feel of a particular atmosphere you are playing in. I don't like to over arrange and I wanted to capture the feel and music created when every musician is reacting to the other's playing and the sounds created in the space. In this way there is a sense of  spontaneity, and more of a raw representation of the tunes.

Personally I believe that in its tradition folk music is unprocessed and unrefined, full of emotion- and therefore should come across this way in a recording. I think it is about getting the balance of trying to remain true to the roots of the music, not to over-produce but to use modern techniques to capture and add to the overall sound, space and musicality of a recording.

What in your opinion is the most interesting example of experimentation occurring in traditional music today?

I think this band Tupani i Gaidi from Bulgaria are very interesting and innovative.

Find out more about Brighde here