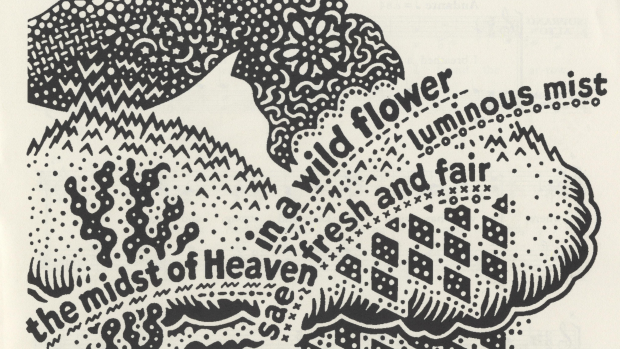 Catalogued, Clean, and Accessible after 48 Years...
The British Music Collection has been fully sorted & repackaged for the first time...that's over 850 boxes of scores, recordings & archives preserved & accessible (and looking rather beautiful!)

Earlier in 2015, Heritage Quay's fantastic team of student helpers completed a huge sorting and repackaging project that has brought together all of the scores held within the British Music Collection for the first time in the Collection’s history! This is a fantastic achievement that has been 48 years in the making. To celebrate this fact, here’s the history (with a few photos ) of the British Music Information Centre, the organisation that founded the Collection in 1967.

The British Music Information Centre (BMIC) was founded in 1967 by the Composers’ Guild of Great Britain within the Guild’s central London office of 10 Stratford Place, which was also the home of The Royal Society of Musicians. The Centre was formally opened by Lord Goodman on 7 November 1967 and was established with the assistance of the Calouste Gulbenkian Foundation, Arts Council England, and the Performing Rights Society. The BMIC was founded as a charity and its work was dependent on grants and the external financial support that it received.

Founded at a time when national Music Information Centres were rising in popularity (following the formation of the first Centre in the USA in 1939), the BMIC was established as a drop-in centre where users could go to see and hear 20th century British classical music, and to research contemporary composers and their works. The primary function of the Centre was to act as a voluntary library of deposit where composers and publishers of 20th century British classical music could deposit scores and recordings of their work, which allowed would-be performers access to these works to study and play. All works were acquired by donation, and the collection was initially just restricted to the work of members of the Composers’ Guild, and later BASCA (British Academy of Songwriters, Composers and Authors) concert music members; this restriction was later removed. The Centre defined ‘British’ music as being composed by an individual born or living in the UK. The initial core of collection was founded on the deposit of The British Council’s sheet music collection in 1967, which included material dating back to 1900. By 1969 the Centre already held 8000 scores of both published and unpublished works, as well as tapes and reference material for consultation and study. Although initially some publishers were opposed to the Centre because they believed it posed a threat of competition, over the years the BMIC gradually became accepted by more and more publishers and the Centre began to accumulate increasing amounts of published material. This made the library the only permanent collection of both published and unpublished contemporary British music and it significantly contributed to the growth of the collection in both size and diversity throughout the 1970s and 1980s.

By the 1990s the acquisition policy of the BMIC stipulated that eligible works included: work that is published by a major publisher (e.g. Boosey & Hawkes, Faber Music, Chester Music); unpublished work by professional composers of significant standing (e.g. frequently commissioned or performed by leading orchestras); work by full members of a leading professional body (e.g. BASCA, including shortlisted works for British Composer Awards); work commissioned by the BMIC as part of its projects and professional development programmes (e.g. Adopt a Composer, Embedded…); and work commissioned or funded by leading commissioners or funders (e.g. BBC, Arts Council England, PRS for Music Foundation). The Centre was aware that subjectivity influenced these criteria but in practice any disputes over inclusion/exclusion were resolved by the Director of the BMIC or by reference to the composers on the BMIC Board.

Recordings started to enter the collection during the 1970s, firstly on reel to reel tapes and vinyl records, and later on audio cassettes and CDs. The recordings in the collection included both published and private recordings donated by publishers and composers, recordings of concerts and events that took place at the BMIC and the Society for the Promotion of New Music (SPNM), and recordings of BBC Radio 3 broadcasts. A joint project with EMAS (Electro-Acoustic Music Association) in the early 1980s resulted in the Centre starting to acquire recordings of British electro-acoustic music, while during the mid-1980s the BMIC’s reel to reel tape recordings were transferred to Betamax tapes during a migration project funded by the British Library.

By 1885 over 6000 people a year visited the BMIC, with even more users contacting the Centre remotely by letter and telephone.

In addition to the Centre’s primary role as a contemporary music library, the BMIC also ran numerous projects, events and performances in order to promote contemporary British music. By 1985 over 80 events were being held annually, with performers including Michael Finnissy, Jane Manning and John McCabe, and premiers of work including music by Peter Maxwell Davies, Judith Weir, Michael Finnissy and Chris Dench. Some performances were also preceeded by talks. The BMIC’s Salon series of concerts ran for 30 years until 2003 with an emphasis on programming first performances, experimental music and neglected early-mid 20th century repertoire. From the 1980s onwards, the BMIC’s rising profile and increasing number of projects resulted in the Centre working more collaboratively with other organisations to promote contemporary British music, particularly SPNM, EMAS and The Place Dance Services (TPDS).

In 1999 the BMIC established The Cutting Edge, which was an annual thirteen-week concert series held in the autumn. The Cutting Edge series, based mostly at The Warehouse, Waterloo, aimed to put contemporary music from the UK in an international context, and from 2001, each series was followed by The Cutting Edge Tour that took place May-December of the following year. The Cutting Edge Tour showcased up to 20 concerts taken from the previous year’s London series at locations across the UK, along with workshops and learning events. Also in 1999 the BMIC established the New Voices and Contemporary Voices composer support schemes. These schemes provided print, distribution and promotion services for composers at both the beginning and middle of their careers, and intended to fill the gap for composers who were looking to publish independently.

From the late 1990s onwards, with increasing pressure on finances and the rising costs of housing the collection in central London, the staff and Board began looking at alternate locations and organisational structures to manage the Centre.

Throughout the course of the reorganisation project both the BMIC’s collection and the financial burden of accommodating it continued to increase. The limited space and financial constraints meant that in 2002 sections of the collection had to be moved to alternate premises. Works by composers who had died before 1960 were moved to the Royal College of Music (RCM) Library, and works written before 1960 by composers who had died between 1960 and 2002 were moved to a storage facility belonging to the Performing Right Society (PRS). The material sent to the Royal College of Music Library could be accessed by researchers on site, whereas there was no public access to the PRS’s storage facility and this material could only be consulted through prior arrangement with the BMIC. In 2004 the financial pressures meant that the BMIC moved premises from 10 Stratford Place to Lincoln House, 75 Westminster Bridge Road, London. In 2007 the BMIC could no longer afford to house the collection in central London and so it was sent to a storage facility in Southend. This is where the collection remained until it was transferred, along with the RCM and PRS material, to the University of Huddersfield Archives in 2010. The collection then moved into the University’s new state-of-the-art archive facilities at Heritage Quay in 2014.

Image: Excerpt from 'Flight of Song' by Howard Skempton.

Catalogued, Clean, and Accessible after 48 Years...