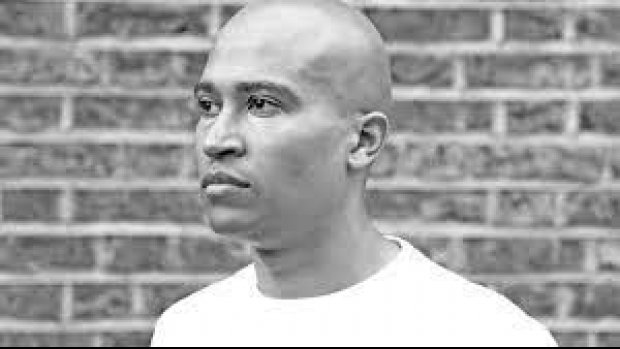 In the final installment of composer Alex Ho's curated series on transnational identiy in new music, we hear from composer Daniel Kidane.

When asked to write about my music under the banner of transnational identity, I thought I would take the opportunity to contextualise certain underlying narratives within my musical output - from my earliest compositional endeavours, to using my current platform championing diversity in classical music. My mixed heritage has always been at the forefront of my creative starting points.

From an early age I had the pleasure of listening to an unusual medley of music: Russian orthodox choral, Soviet war songs, Perestroika pop, Classical orchestral, Eritrean folk and UK Jungle all passed through my ears. One of my first attempts at writing a string quartet was a piece called ‘Rashaida’, named after the Rashaida people, who I met on my travels as a youngster in Eritrea. This tribe of ethnic Bedouin Arabs are one of the nine ethnic tribes of Eritrea and their combination of music and dancing that I witnessed, captivated my young imagination. Growing up I was fortunate to experience these sorts of encounters from both my parents – my Russian mother and Eritrean father took care in ensuring that I knew my heritage. My older sister was my gateway into all the cool stuff that was happening in the UK in the 90’s. I would listen in on her latest mixtapes and slowly learn the difference between Jungle and Garage music. Fast forward to 2015, when I had written another string quartet called ‘Foreign Tongues’. This is a piece that directly interacts with the idea of different languages being spoken simultaneously – with each instrument representing a foreign tongue. Inspiration for this piece also came from the start of Ruth Crawford Seeger’s ‘String Quartet (1931)’. In her piece Seeger creates an opening discourse between the instruments, almost as if they were each conversing in their own language but still working together.

Diversity is not a trend

In recent years, there has been a noticeable drive in the UK to champion underrepresented groups within classical music. Organisations such as the Chineke! Foundation, Europe’s first professional majority-BME orchestra, are doing their utmost to address the imbalances that exist head-on. Many see these initiatives as welcome and refreshing openings towards a level playing field within a still lopsided industry - others see the challenge to the status quo as an unnecessary ruffling of how things have been. For this latter group of people there are ‘no issues’ – they believe there are already enough female composers being programmed and there is no lack of racial diversity when it comes to composers being published - art music is subjective and it is in these cruxes that unhealthy biases are left to fester. But as the positive winds of change slowly propel the good causes forward and female, along with BME excellence are given the chance to walk through previously closed doors, what is left for these narrow-minded voices to say? They take their time to belittle these progressive efforts, actively going out of their way to assign them to the realms of fads and buzz words.

In 2016 I collaborated with Zimbabwean writer and poet Zodwa Nyoni, working on a BBC radio play centred around a contemporary reinterpretation of one of Shakespeare’s sonnets. The drama was set in Manchester and the accompanying music focused on the cacophony of sounds that one might hear on a busy university term-time night out. The resultant orchestral concert piece was ‘Sirens’, premiered by Andrew Gourlay and the BBC Philharmonic Orchestra at Bridgewater Hall – later that year I once again collaborated with Zodwa, this time setting her poem ‘Blessing at Dawn’ in my piece ‘Pulsing’. Zodwa’s words recall her own migration story to the UK, whereby she left her grandmother in Zimbabwe never to see her again. I chose this poignant poem because of the bittersweet truth that all migrants experience – leaving people and places behind always comes at a painful price: funerals, christenings, graduations and weddings missed – milestones you couldn’t make because your life is elsewhere. These are the truths my parents had to face when they came to the UK as refugees.

Last year I had the honour of opening proceedings at the Last Night of the BBC Proms. When I received the commission, I thought long and hard about what direction to take my concert opener. The Last Night of the Proms, unlike other days during the eight-week summer season of concerts, is steeped in patriotic traditions which can come across as being jingoistic, especially after the UK’s opting out of the EU. I decided to call my piece ‘Woke’ and it was interesting to see the public’s reaction – some got it and some did not, quite literally. A lot of people were not familiar with the meaning/ usage of the word, allowing this to be a great starting point engaging in conversations about the connotations behind the title and the piece – I go into detail about it in this Guardian article. As a mixed British male who has experienced racial discrimination and regularly witnesses the lack of understanding surrounding diversity issues, I believe it is imperative for me to use my public platform as a composer to do what I can to shine a light on the current failings in my industry. I know that it is not easy to talk about these unpleasant truths, but I think we can all agree that we must take action against them.