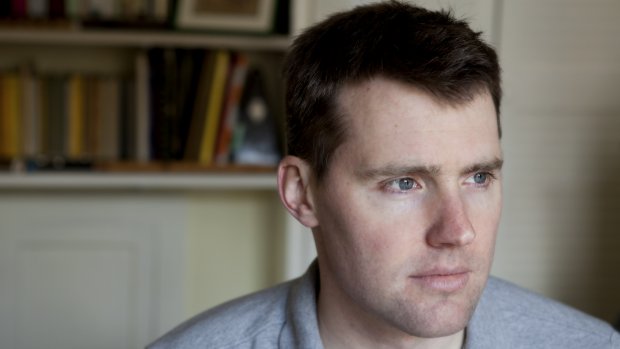 Andrew Thomas on Noh, and Classical Instrumentation with Electronics

Andrew Thomas on Portfolio with mu:arts

"My only rule is that electronics must be used for the sound's sake - not simply for the marvel of technological wizardry or progress. I am interested in creating a genuine synthesis, dialogue or counterpoint between the two."
New Voices

Composer, Andrew Thomas, has been working in residence with mu:arts, exploring the mesmerising qualities of the classical Japanese musical theatre, Noh. Thomas explains how Noh has influenced his own works, in particular Ever Deeper Flood, in which he integrates text, electronics and dance to ‘explore the mental states the play’s protagonist moves through’.  Emphasising the importance of electronics being used for ‘sound’s sake’ – ‘not simply for the marvel of technological wizardry or progress’ – Thomas also reveals the importance of the relationship between composer and performer in composition and performance…

My music is about the relationships (or non-relationships) between sounds, material, individual notes etc. and aims to exploit and create a counterpoint between the differences and similarities present in the structures as a model, or critique, of the society we see around us. It ranges from the luminous and humorous to the dark, poetic and dramatic.

From a learning point of view, the short period of study I undertook with the wonderful Jonathan Harvey has had a lasting impact on my writing as well as my inspirational PhD supervisor Richard Causton. In terms of other composer's work or other music, I decided I wanted to try and be a composer (and I am still trying) after hearing a piece of Gagaku music in 2001 called 'Edo Lullaby'. The sound is so beautiful and affected me very deeply at a certain point in my life, and lead to my early exploration of Japanese aesthetics and timbres which then lead me back to the West and the music of wonderful composers such as Murail and Grisey, Xenakis, Jonathan Harvey, Saariaho, Stockhausen et al and from there my 'journey' began.

Describe your experience working with mu:arts for you Portfolio project. Did you know anything about Noh before you started?

knew something of Noh before starting the residency, having written an orchestral piece loosely based on aspects of the art form during my masters at Cambridge (although, most of the influence was from the cold facts presented in books and one recording of drumming I found in the library there). I then travelled around Japan in 2009 and attended Noh performances. This is when I really began to want to know more – although, it has been a process of learning that highlighted that the more you know, the more you realise you don't know.

Working with mu:arts and the Japanese musicians they put us in contact with has been an amazing experience – very difficult at times in terms of notation, aesthetics, language etc. – but a hugely rewarding process. I worked with some of Japan's finest Noh musicians and learnt so much from them that will feed in to my future work and, I hope, they learnt something from the way I work as well.

What has been your highlight of the residency?

The highlights have to be the two rehearsals we had in the flesh with Isso and the drummers (as opposed to the Skype rehearsals with Tokyo) and the concert. Without the two rehearsals in London, I dread to think what my piece would have been like as feeling the energy and methods of communication between the musicians made the whole project make sense in my head. I also very much enjoyed learning to play the Nohkan and performing a tune (Nanori bue) in a recital at the end of our three week course learning to perform Noh.

What do you intend to do now the project is over?

Apart from spending more time with my wife and children(!), I'm now starting a piece for the Hermes Experiment which is going to further my exploration of Noh and how it influences my work. This piece will specifically deal with Utai chant and it's relationship to 'Western' singing.

What was your inspiration for your piece: Ever Deeper Flood and how have you incorporated electronics into the piece?

I based my piece on the dramatic arc of a traditional Noh play (The Damask Drum). However, I created a new libretto by finding two texts (one each by Mitsuhara Kaneko and my friend J.L. Williams) that somehow, in my mind at least, explored the mental states the play's protagonist moves through. I then finished the work with a beautiful five line poem in Japanese from the original play that Lore Lixenberg sang exquisitely. The electronics were all manipulations of a recording I took of a silent dance (including feet shuffling or 'suriashi' sounds). From these field recordings I created a tapestry of sound that evoked the narrative of the original play through sonic references in the source text (for example bells, wind, waves, a still pond etc.). Therefore, the piece aimed to operate via three superimposed narratives: text, electronics and dance.

What are your thoughts on incorporating classical instrumentation with electronics?

It's something I am doing more and more in my work and have been encouraged to do so by people whose opinions matter greatly to me. My only rule is that electronics must be used for the sound's sake - not simply for the marvel of technological wizardry or progress. I am interested in creating a genuine synthesis, dialogue or counterpoint between the two. The end of Dennis Smalley's essay on Spectromorphology, where he makes clear the importance of relying on our ears when dealing with electronic music, is a constant inspiration to me.

What is the most valuable thing you have learned about composition?

That's a very hard question. In recent projects, I think I've learnt a very valuable lesson of ensuring I don't over compose (particularly rhythmically). I have learnt (and am still learning) to trust my performers more and allow them room to use their skills to enhance what I write rather than tying them in chains to the exactitude of my writing.

Apart from my Hermes piece (in November!) I'm looking forward to seeing Hannah Kendall's opera at the Roundhouse (in October I believe).

Andrew Thomas on Noh, and Classical Instrumentation with Electronics