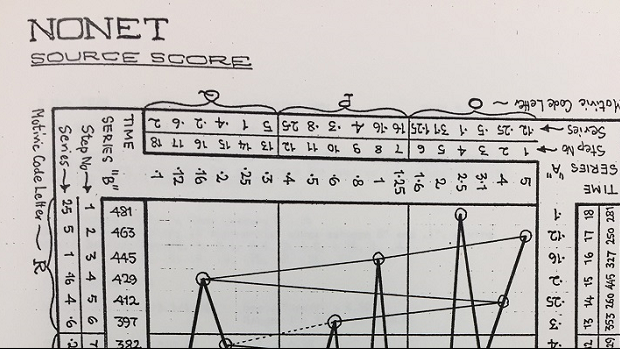 For our 50 Things series, writer Robert Barry looks at the unique and intricate score for Tristram  Cary's 1979 electronic work Nonet.

“What I like most about this work is its timbre, or maybe a better description might be its ‘feel’. The combination of the steady-state electronic tones with the slightly sour 18 tone equal tempered tuning, the multilayered dynamics, and the now slow, now skitteringly fast melodies, create a sensuous sound world that I just want to "sit in" for a long time.”

With these words composer Warren Burt greeted the release of Tristram Cary’s ‘Nonet’ in the Newsletter of The Australasian Computer Music Association upon the release of the Tall Poppies CD, Sounding: Electro-Acoustic Works, 1955–1996 in the year 2000. This was the first commercial release for the work, one of Cary’s finest, twenty-one years after it was composed. But here, in the archives of the British Music Collection, we find safely tucked away, the pages of its original score – or, rather, ‘source score’ (see above and below).

The very phrase ‘source score’ suggests something in-between a set of instructions for people and a set of instructions for a machine. One may be inclined to wonder, leafing through these loose sheets, who is the intended addressee of these abstruse diagrams, these reams of seemingly arbitrary letters and numbers. From what I’ve been able to gather, digging about through old interviews with Cary online, what we have here really is an odd sort of halfway house: neither the “realisation score” that Cary produced for performances of the work, nor the original “source code”, which is now, sadly, lost. But it remains a fascinating artefact, oddly beautiful in its yen for scientific objectivity. 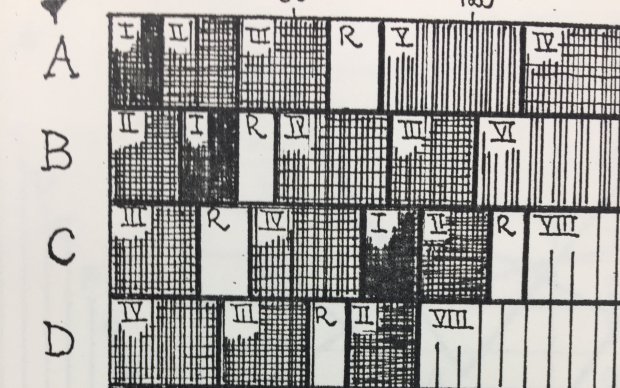 By 1979, Tristram Cary had already lived several lives. Bored and wistful on a Royal Navy aircraft carrier during the Second World War, he dreamed up the principles that would guide electronic music over the following decades – only to find out, some years later, that a chap in Paris named Pierre Schaeffer had had exactly the same idea at more or less the same time. He made important contributions to film and TV music, writing for films by Alexander Mackendrick, Joseph Losey, and Hammer Horror, and even coming up with the sound of Dr Who’s greatest foes, the Daleks, when he made his electronic music for one of the show’s first adventures. In the late 60s, he worked with Peter Zinovieff at EMS Studios and designed the iconic look of the VCS3 synthesizer (see below). And in 1967, he taught the first British degree course in electronic music at the Royal College of Music. So it is perhaps little wonder that he would end up visiting the Centre for Computer Research in Music and Acoustics (CCRMA). 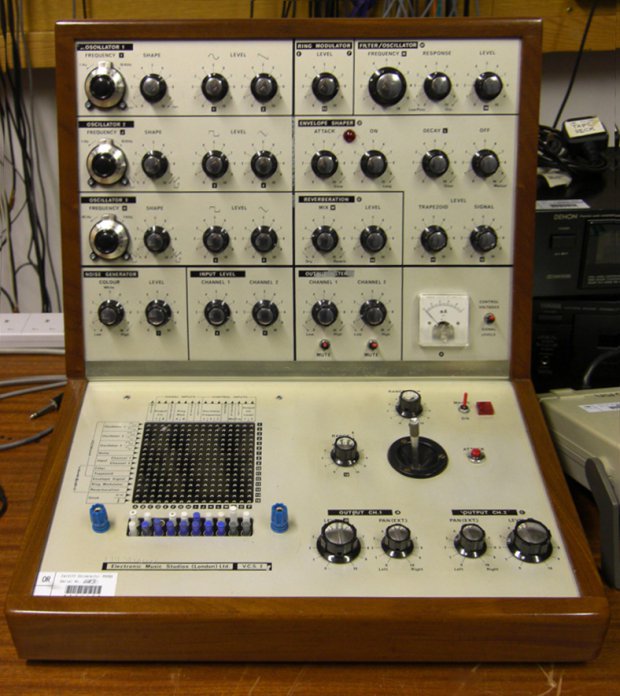 It was at CCRMA (pronounced ‘karma’), John Chowning’s pioneering computer music facility at Stanford University, that Cary created his ‘Nonet’ using a rather unique 256-voice synthesizer nicknamed the Samson Box after its designer, Peter Samson. The Centre was still young, then, founded just four years earlier, but was already making waves thanks to the patent granted to Chowning in 1977 for his invention of FM synthesis (soon to define the sound of 80s pop music when integrated into Yamaha’s DX-7 synthesizer). In the same year CCRMA was founded, Cary turned 50 and decided it was time to settle down to a salaried position and concentrate on writing concert music, which was how he ended up moving to Australia, where he lived for the rest of his life. This score for ‘Nonet’, then, arrives at the BMC like a postcard sent home from an old friend. ‘Hello’, it seems to be saying, ‘I’m still out there, miles ahead of everyone else’.

Robert Barry is a freelance writer and editor, based in London, UK. His byline has appeared in publications including The Wire, Frieze, Art Review, Fact, The Atlantic, Wired, Thump, Motherboard, Sounds Like Now, BBC Music, The Guardian, Mute, Mousse, New Humanist, Seismograf, Plan B, Exeunt, The Line of Best Fit, White Noise, Vertigo, Electric Sheep, Film-Philosophy, Eat Me, and Apollo.

He is currently technology and digital culture editor at the online literary journal Review 31, visual arts editor at The Quietus, and a member of the faculty at London’s Institute of Contemporary Music Performance. His book, The Music of the Future, a history of speculative music, was published in March 2017 by Repeater Books.