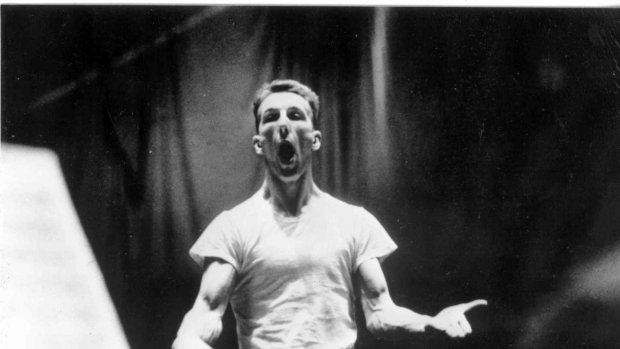 A few weeks ago I was on a long car journey with a friend. I'd brought some music along, and couldn't wait to put on Steve Martland’s Horses of Instruction. I’ve recently taken to listening to it in the car and I was curious to see what my friend, who doesn't listen to classical music, would think of it. She was astonished by the piece and, in attempting to satisfy her curiosity, I found myself gushing about how great the music was and feeling moved when talking about Steve Martland’s death in 2013.

Born in Liverpool in 1954, Martland studied at the Royal Conservatory in The Hague with Louis Andriessen, whose hard-edged minimalism deeply impacted his own, iconoclastic style. Alongside his career as a composer, he was a champion of music education and a vocal critic of academic dogma, and was responsible for the Factory Classical section of Factory Records.

I'm not one of the musicians who knew or who got to work with Steve Martland. I could easily have been; he coached at the Guildhall whilst I was a student there, and with the music I perform now  our paths might well have crossed had he lived longer. It had never struck me as remarkable that I had developed this attachment to someone based entirely on their music until I had to explain it to someone else, almost feeling the need to justify it.

I first came across Horses of Instruction in 2014 when I joined a student group to perform it at the Guildhall. I remember being immediately captivated by its relentless energy and its rhythmical unpredictability. I think it was also seductive as a difficulty that had to be surmounted - it was the perfect challenge in my masochistic student days.

Martland’s music has an ‘unblaggability’ which it shares in part with the music of Steve Reich and Philip Glass, but with a more vibrant, demanding, and constantly changing rhythmic texture, which as a performer I found both exhilarating and terrifying. The piano part often plays the whole rhythmic tapestry, and there is ample opportunity to throw the whole ensemble off kilter with the slightest hesitation.

From that description one might imagine the music be quite machine-like. In some ways it's also quite inconsiderately written, full of fast, loud, and leaping dense chords and octaves, reminiscent of Brahms’ chunky writing for the instrument. But, as in Brahms, behind the technical ungratefulness and intellectual rigour, there is a disarming and vulnerable human voice. The music has an openness and accessibility, and it seems incredibly joyful about its own existence. All of this makes it endlessly rewarding and intoxicating, both to listen to and to play.

It's not often I listen to a piece of music I've performed in the car, and I certainly don't have a habit of giving long speeches about music and composers to my non-musician friends. But I find it exhilarating both to listen to Martland’s piece and to recall my vivid memories of performing it. The approachability and warmth of his music has left me with a strong feeling of connection to him, as I hope it did for my friend as well.

Pianist Siwan Rhys enjoys a varied career of solo, chamber, and ensemble playing, with a strong focus on contemporary music and collaboration with composers. Recent performances include Nono’s ...sofferte onde serene... at the Principal Sound festival, Feldman’s For Philip Guston and Why Patterns?, and work with Mahogany Opera Group, Music Theatre Wales, and Birmingham Contemporary Music Group. Upcoming performances include Stockhausen’s KONTAKTE and appearances at Occupy the Pianos and Lille Piano(s) Festival.