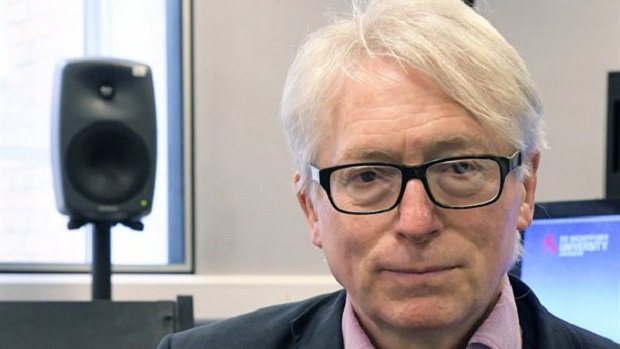 I first heard a live performance of ‘Spirit of ‘76’ in Leicester in 2016 – a 40th birthday performance. It was performed by Carla Rees in a concert organised by Katharine Norman at De Montford University. Looking through email correspondence, I realise that I am writing this exactly two years to the day since.

In February 2018 the piece was performed (again by Carla Rees) at City University – where I am a PhD student – in a portrait concert for Simon Emmerson. During that visit Simon also gave a seminar on ‘Poetics, Technology, and Composition’, and he spoke about developing ‘Spirit of ‘76’ in the basement of the building we were in. Simon was director of the electroacoustic music studios at City for thirty years until 2004, and was a PhD student there when he wrote it.

Scored for solo flute and the somewhat improbable, “accelerating tape delay system”, performing ‘Spirit of ‘76’ was a fair technological challenge in the late seventies. Or perhaps I should say, a fair physical challenge. Reading the score on the BMC website, I discover that the tape (actual, not digital) had to be long enough to accommodate 64 seconds of delay, meaning that it would need to be supported by a “microphone stand, tape loop holder or other suitable object”. Space must be left to ensure that the tape would be “free to slide on a smooth, clean carpet or floor throughout its path to the tape decks”. 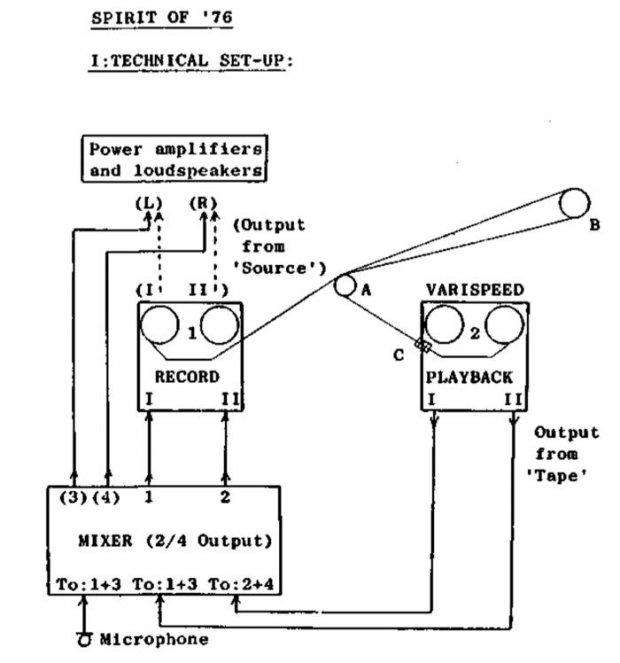 I sort of miss not having seen (and heard? And felt?) 64 seconds worth of tape snaking its way back and forth about the place, accelerating as it went, subject to the eccentricities of the particular tape machines, and the elasticity of the actual tape itself. In fact, at the concert at DMU Simon showed a short video of an early performance, to give a flavour of the mechanical gymnastics we were missing out on (the whole ‘tape’ part can now of course be accomplished in a little Max patch running on a laptop, a few cables and an interface).

But enough of the technological nostalgia. I wasn’t even born in 1976, and the piece itself espouses the forward-looking, positive thinking of the ‘Spirit of ‘76’ for which it is named (the piece was written for American flautist Kathryn Lukas, in the Bicentennial year of the American Declaration of Independence). Most importantly, the piece still sounds fantastic.

“One steady rising process” is how Emmerson describes it in the programme note. And so it is. A rising tide of wandering flute - travelling in a direction just perceptible, feeding back on itself like the waves coming in, becoming more and more frantic - until it can eventually become still.

Georgia Rodgers (b.1985) is a composer of instrumental and electronic music whose work focuses on textural and spatial aspects of sound and the experience of listening. In 2016 she was selected as one of Sound and Music’s New Voices. Georgia studied Physics and Music at the University of Edinburgh followed by a Masters degree in computer music taught by Michael Edwards. She is now pursuing a PhD in composition at City University, London, with a particular focus on the perception of sound, space and the human experience of listening. Her supervisor is Newton Armstrong.