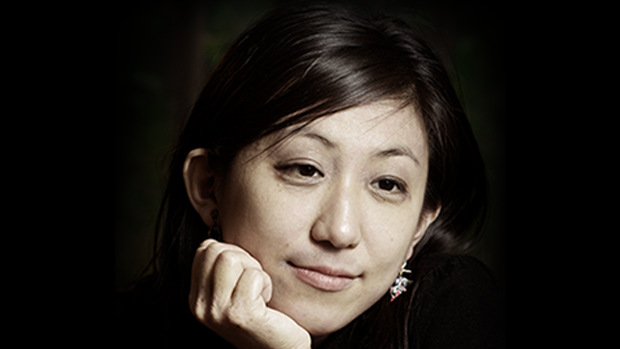 What if a large group of performers were laid out like layers of skin, disintegrating and drifting apart as roaming percussionists literally scratch them away?

This is the idea governing Shiori Usui’s from scratch, a piece whose unfolding drama struck hard at last year’s Tectonics Festival, in Glasgow. In the dimly lit hall, sonic locations were obscure: a pair of bassoons and a trombone straining at the top of their registers; a short scraping sound emanating from two or three places at once, with martial strictness. Clusters of muted brass, guiro and woodwind effects drawn in to the mix, interacting fiercely and furtively: orchestration as a combat sport, like a Lalo Schifrin soundtrack unhinged from its genre tropes. Eventually the players, stood in concentric rings, began to unwind with a Stockhausen-like sense of ritual. At the centre of the storm, Usui herself brought forth waves of skittering vocal and percussive improvisation.

I knew that the piece had been written explicitly in response to Usui’s own personal history of eczema, and its emotional register - more ambiguous than any simplistic notion of pain or frustration - spoke to the complexity of that experience. Perhaps it also speaks more broadly to the problem of Cartesian dualism, to the often stormy relationship between body and mind. But it was only recently, corresponding with the composer and reading the score, that I learned how far the image of scratching permeates the piece’s construction. As she told me:

"The work starts from the three percussionists scratching themselves (i.e. scratching on the sandpapers attached to their clothes) and they gradually scratch the back of some string players forming the “outer skin layer”.

Later on, she explained, “the “inner layer” of musicians made of wind players begin to break up by scattering themselves in the performance space as well”. The ensemble is conceived in space as a kind of skin tissue, breaking down over the course of the piece. At the same time, body parts are also made to sound - whether those re-surfaced with sandpaper or the soloist’s skin rubbed with a contact microphone. In this sense, from scratch seems to propose both the “ensemble as skin” and, inversely, the “body as instrument”.

There’s a long history to the second idea, of course, beginning surely with the beginning of music itself: the handclap, the finger snap, themselves intricate biophysical gestures. Innumerable traditions - Andalusian flamenco, Sumatran saman - take the sounding body for granted, and by the 1980s it was a familiar theme in experimental music. Vinko Globokar’s Corporel might be among the best-known examples, defying classical music’s ideal that the performing body should be merely functional. But in from scratch the idea somehow has its own purpose, embedded in the honesty of the work.

Usui arrived in the UK at the age of seventeen, after growing up in Japan. from scratch is not her only piece concerned with the human body, but the body, equally, is not the only theme her work explores: in Deep, written for the Birmingham Contemporary Music Group, underwater space is rendered musically by positioning performers and audience members at specific heights. Other recent commissions include Ophiocordyceps unilateralis s.l., written for the BBC Proms in 2015, and Gauche the Cellist, written for the Scottish Chamber Orchestra’s Education and Outreach Department.

Sam Mackay is a researcher and writer based in London. Recent work has appeared in the Radiophrenia festival at Glasgow's CCA, the journal Tempo, and in publications such as the Quietus. He co-founded London Contemporary Music Festival in 2013, and currently works with Sound and Music.