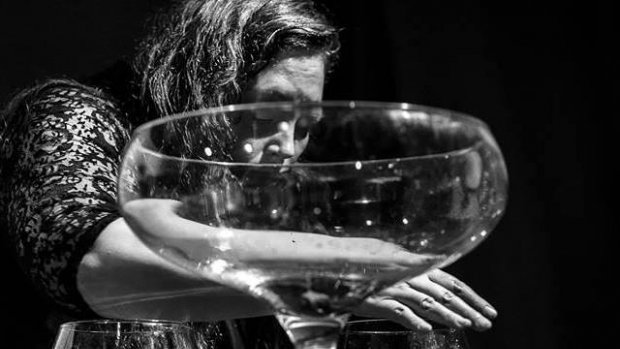 The trouble with contemporary music, you often find, is that many people tend to find it a bit "weird".

Now, that might seem like a strange opening to an article in the British Music Collection, a digital resource explicitly intended to celebrate new music. But I find it stranger to ignore. Realistically, how can new music engage a wider audience without addressing the uncanny elephant in the room?

Weird, in a general sense, is often just something unusual, unknown or unfamiliar. This is also the thing I find most exciting about new music; it constantly asks us to reconsider what we conventionally define as music, and why. As with modern art, though, the most successful pieces are often those which can effectively communicate the ideas and processes at play to the audience. This is certainly a challenge for something like acousmatic music, which aims to divorce sound entirely from its source or meaning. But when a piece - or its composer - can disclose what’s happening, if we’re invited to understand and engage with what we’re hearing on some level, most of us are actually pretty open to a bit of weird.

That's why I was excited to discover the work of Andie Brown through the Collection, in particular her piece Partita for Unattended Glass Harp. This installation offers just the right mix of mystery and familiar, encouraging us to both investigate a process and experience an immersive sonic environment. As you can see in the video below, Brown’s self-made instrument is engineered to exploit the resonant frequencies of wine glasses, making them ‘sing’. The resulting soundscape of dulcet tones and ambient drones perhaps might be dull to some, but I find it a soothing antidote to a muddled mind. The subtle manner in which pitches fade in and out, mingling with one another as they do, instils in the listener a wonderfully pensive mood. Either before or after these meditative moments, Partita might also have you asking one of the most exciting questions one can ask any composer: “how did they do that?”

Naturally, I had to find the answer. As it happened, I found the explanation of her process in a YouTube comment:

"The elements attached to the glasses are small vibration transducers. I feed a sine tone through those at the resonant frequency to make the glass "sing" or vibrate. I then feed the audio signal of that through a contact microphone to a Max MSP patch, where I can control the pitch and turn the transducers on and off."

Having spent the last decade experimenting with glass and electronics, Andie Brown certainly seems to have refined this technical process. But the mention of her live control over the resultant pitches is also particularly interesting. In an interview conducted by Blanca Regina for this site, Brown discussed the significance of improvisation in her work. It would seem chance plays its part in this piece too, particularly if it is influenced as much by a live performer as it is by technical set up or performance space. Free of score or structure, Partita has the potential to be slightly different upon each iteration, singing new sounds to every listener. The improviser in me finds that prospect quite exciting.

In short, Partita for Unattended Glass Harp neatly demonstrates how a relatively simple concept and playful approach to sound can lead to an engaging work. It also highlights that bringing compositional process to the foreground, particularly when incorporating familiar aspects, can help to make contemporary music more accessible. Admittedly, processes being apparent might be more inherent to installation pieces. But nonetheless, inviting audiences to explore our ideas can only be a good thing for composers.

As co-leader of the Yorkshire Sound Women Network, hopefully Andie Brown will encourage more composers to consider their creative output in this way. I believe communicating concept or process is central to engaging wider audiences in contemporary art forms, particularly to what my own mum still calls "that plinky plonky music". It gives meaning to new music, a 'why' to the weird.

The rest, as they say, is noise.

Sam Corcoran is a guitarist, saxophonist and sometime composer originally from the West Midlands. A jazz and popular music player by training, he first garnered an interest in new music while studying at Leeds University - particularly as a means of improvisational expression and writing conceptually. Currently, Sam is in the process of establishing both function groups and more creative projects in the London area, as well as working in communications at Sound and Music.