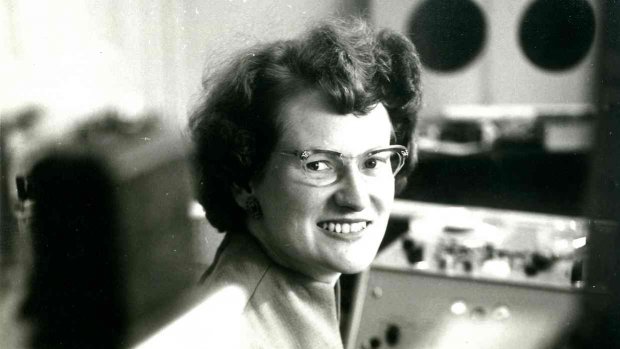 I confess I’d never browsed the British Music Collection until Sam Mackay invited me to contribute to the ‘50 Things’ series. It’s kind of odd as a resource - most resources are odd, actually, never quite being what you might expect and often being somehow unnavigable (I just spent half an hour wading around in Ircam’s B.R.A.H.M.S.), and so, since I didn’t embark upon this blog with a clear idea of which composer to write about, I decided to start at Z and work my way backwards.

I’m pretty down with the music of Éliane Radigue now (life-changing), but Maryanne Amacher, Delia Derbyshire and Daphne Oram were still on my ‘to do’ list. Reaching the letter O and, to my surprise, finding Oram listed there, gave me the push I needed. These women are increasingly present in our consciousness, which is excellent, but personally I was still extremely vague about what Oram’s work and music actually constituted. (I was glad to learn a bit about her at the eavesdropping symposium I organised in March, thanks to Jo Langton who presented a paper that explored some of the issues arising in the archiving, promotion and re-publication of Oram’s, and Derbyshire’s, work).

The BMC page on Daphne Oram provides a useful amount of biographical and bibliographical detail, so I won’t reiterate that here; I want to write about the music. The first track I came across was Snow, the soundtrack for an 8-minute-long film made by Geoffrey Jones for British Transport Films that shows the efforts of British Railways staff in coping with the 1963 cold snap here in the U.K. For this, Oram re-worked a cover by Johnny Hawksworth of Sandy Nelson’s Teen Beat (1959). Before I knew any of that, I just knew that I had a smile on my face at the deep funkiness of what I was hearing, that I was dealing with an artist with a patient ear and a wry sense of humour, and that I was suddenly thinking of Pulp Fiction (cf. Misirlou by Dick Dale & His Del-Tones). Not bad as a starting point.

From there, I skipped past some fairly silly and reductive videos — such as a BBC 4 extract featuring Oram being patronised by some well-fed suit with a comb-over — to discover that her catalogue ranges from advertising jingles to large-scale radio drama soundtracks made within the BBC Radiophonic Workshop, which she was instrumental in founding, to stand-alone compositions such as Four Aspects (1960; performed at the QEH in 1968), Pulse Persephone (1965, for a ‘Treasures of The Commonwealth’ exhibition...) and, perhaps best-known, Bird of Parallex (1972) which combines material created using the Oramics (look it up) and musique concrète-style tape montage.

Oram is often described as a pioneer, particularly in the harnessing of her own technology to her own singular creative ends. The British Music Collection can only ever be a partial survey, but the best kind of resource cheerfully points you towards new things: since alighting on Daphne Oram’s name here, I have plundered YouTube for tasters of her music, explored the Daphne Oram Trust’s website, and I've just ordered Paradigm’s double CD of her music and the re-issue of her book, An Individual Note.

Soprano Juliet Fraser has a repertoire dominated by the very old and the very new. She has performed as a guest soloist with new music ensembles Klangforum Wien, Asko|Schönberg, Talea, Remix Ensemble, ICTUS, Plus-Minus, We Spoke: New Music Company and London Sinfonietta. She is an active commissioner of new works, and has worked particularly closely with composers Cassandra Miller, Michael Finnissy, Bernhard Lang, Andrew Hamilton and Rebecca Saunders. She is also a core member of EXAUDI vocal ensemble, which she co-founded with composer/conductor James Weeks in 2002. Juliet recently founded eavesdropping, a series and a symposium celebrating women in new music.