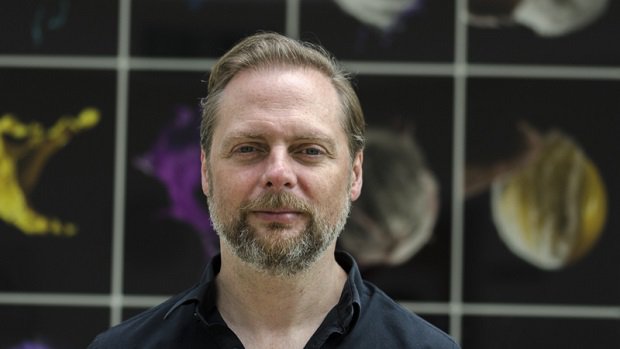 For our 50 Things series, clarinettist Heather Roche describes how learning the unique music of Bryn Harrison opened up a new way of thinking about her instrument.

I was in my mid 20s when Bryn Harrison gave me a copy of his Open 2, for solo clarinet, originally penned for Andrew Sparling. I’d only just started my PhD at the University of Huddersfield, now home to the British Music Collection. Having only recently moved to the UK, this was really the beginning of what was to become a productive and happy relationship with the British new music scene. Just as Bryn’s music opened for so many a new way of listening to music, for me, his Open 2 opened a new way of thinking about my instrument.

Much of Bryn’s work deals with time as a circular and repeating entity: forms, as he puts it, “which challenge our perceptions of time and space by viewing the same material from different angles and perspectives.” He has written for ensembles as diverse as Apartment House (London), Klangforum Wien (Vienna), ELISION (Melbourne) and asamisimasa (Oslo), and is currently Reader in Composition at the University of Huddersfield.

The first time I learned Open 2, I remember spending a lot of time practising quiet long tones in the upper register of the clarinet. Every morning, I would play them, exclusively in the altissimo register. As with most wind players, the practice of lone tones was not unfamiliar to me; it has haunted my practice from the beginning. But the way I was conditioned to practise them (focusing on evenness across registers and dynamic contrast) mutated through learning Bryn’s music into a focus on the altissimo register, trying to maintain his ppppp to p crescendi while avoiding any quivering in the sound.

I wanted to be able to control the delicacy of this music. I wanted it to be fragile but also brave, for the beautiful crossings of the instrument up and down through the different registers to seem effortless, for the pulsating soft high notes to seem ethereal and effortless, and for the reaches into the lowest register to feel grounded (but ever so quiet).

The piece involves a holding of the breath—most of the dynamic contrast goes from ppppp to p, with the very occasional mp—that can feel suffocating, not so much that I become conscious of the need for a chance to breathe in, but actually the opportunity to breathe out: at least once per page I’ve annotated the score with “release dead air”. If I don’t do this, a strange anxiety seeps in, and I feel uncomfortable and vaguely dizzy. The release of air allows me to maintain the fluency of contrast between arpeggi and pulsations.

My other regular annotations—“always energise rests”, “feel tension from arpeggios” and, rather amusingly, “stay quiet”—offer further insight into my frame of mind in performance: the piece requires the performer to stay inside the work throughout. One cannot be distracted by a rest, by a mezzo-piano, or by the relative freedom offered by the arpeggi.

If it sounds like the piece is challenging, it is. But this was a kind of clarinet playing that was, at the time, so new to me: not the singing, projected lyricism of the romantic repertoire, nor the acrobatic switching between extended-technique box-of-tricks pieces so common within the contemporary repertoire. This was, instead, extreme, but introspective, intense but fluid, and very, very beautiful.